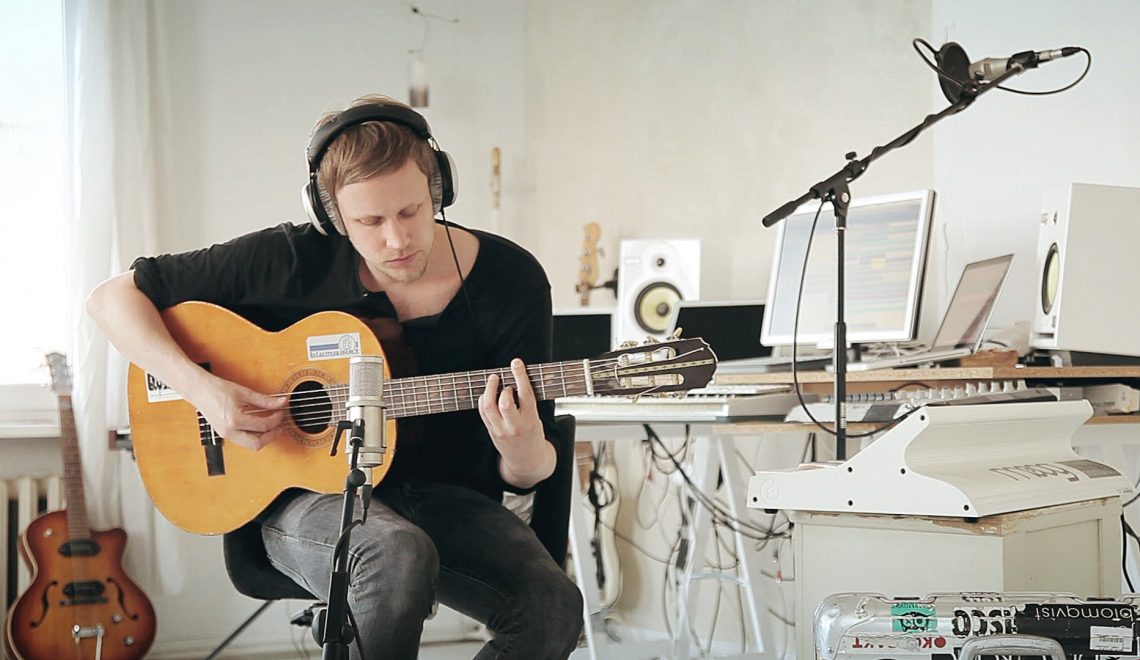 Blender and Beat, two organizations that share a similar musical sensibility, decided to unite for this special occasion on April 13 in Hangar Luka Beograd, when Belgrade audience will have the first chance to hear the live performance of the phenomenal Jan Blomqvist, with his band. In addition to this cutting edge artist, another live performer Henry Saiz will join the stage.

Jan Blomqvist, born in the 80s, is a Berlin-based solo-artist and bandleader. It was him who invented concert techno: dreamy vocals and simple beats. With his band BLOMQVIST he’s into dancy electro-pop, as a solo-artist, he plays clubsoul.

As a kid Jan never cried, just sang. His hippie parents approved and bought him his first guitar. Just as he had learned to play like Keith Richards, he realized he’d rather be like Mick Jagger. He formed/founded his first band in a little village in lower Saxony, Germany.

Then comes Punk: “musically rather destructive, but more or less character-building.” The first money earned was spent on an amp. The school band didn’t want him as a member. Their music was shitty anyway. At the age of 21, being an aerospace technology student, he gets acquainted with techno. DJs. It dawns on him that music could be a profession. “Being a teacher is riskier if you don’t like to get up in the mornings.”

In the daytime, he sleeps. At night, he constructs his tracks for hours on end. He earns (is earning) money as a bartender at weekend club and spends it on ‘educational trips’: Radiohead open-air concerts, Bar25, After Hours. Someday it’ll work: “to shatter the boredom in the clubs, to bring a concert feel to their dance floors, with simple vocals and minimal beats. Rock ‘n’ Roll in the club. Everything kept simple with finesse en detail.”

And then, boom: In 2011, a gig at fusion festival in front of 3000 people, releases on the Dantze and Stil vor Talent. “The more the merrier.” In 2012 a rooftop concert at weekend club; the YouTube clip is going to be seen by millions. 350 gigs in three years. Jan remembers them all: New York, Moscow, Paris, Istanbul, Los Angeles, Rome, San Francisco, Mexico City, Copenhagen, Brussels, Amsterdam, Milan, Athens, Budapest, Beirut, Tunis, Naples, Bucharest, Warsaw, Zurich, Marseilles, Montpellier, Thessaloniki, Munich, Vienna, London… For his first album he’s taking as much time as he needs. He loves half beats but hates half measures. For him, being in the studio is/means to draw from his experience playing live (live experience).

And now, bang, there’s REMOTE CONTROL. With it’s immediate deep and characteristic JB feel. Radically democratic world hugging electronics. Bleep, bleep! To dance on a rooftop terrace while the sun’s setting behind dark clouds. Electro in drizzling rain. To ride the U-Bahn, feeling lost. Only to realize that you’ve already started nodding along long ago. In 13 tracks Jan blomqvisted his own musical journey: a pinch of Portishead, a dash of r ’n’ b, Radiohead of course, and the minimal sound of the noughties: Breathy melodies, souly vocals, clear and obscure lyrics. “Hey, whine at home.” The dancefloor is the transformer who turns melancholy into electricity and infects everyone: The concert lover and the raver bully, the escapist and the glitter girl. “The fucking rainbow has no gold”, Jan sings. His music helps us to get over it. 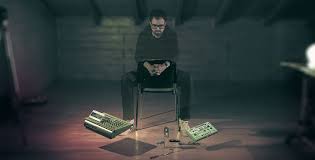 Henry Saiz is the creator of a style that is a combination of his love for all things electronic with a deep passion for art. His music, as well as his work as a sound designer for film and TV has always been marked as forward thinking in approach and groundbreaking upon delivery. Henry’s sound refuses to fall into a singular category, he takes in influence on many different levels and incorporates this into his live and DJ sets by forging a perfect balance of Electronica, Disco, House and Techno.

Henry’s first productions were released through the highly regarded Global Underground and Paradigm Musik imprints. These releases were instantly noticed by house giant John Digweed, which led to creating one of the biggest tracks of 2009, which was also named as Pete Tong’s Essential New Tune. Released on Bedrock, Henry’s remix of Guy J’s “Lamur” was regarded by critics and DJ’s alike as “the track of the year”. Following the success of this remix, yet another giant label; Renaissance commissioned the release of “Artificial Paradises EP” and “Madre Noche EP” in 2009 and “The Rider EP” in 2010.

Not a man to be content with such success, Henry whilst producing some of the biggest tracks around has also simultaneously been developing his live show. Using a combination of Native software and hardware, an Akai APC-40, Access Virus TI and other equipment, Henry has complete control over his meticulously created and fully original edits, loops and tracks. The integration of these techniques into his highly acclaimed podcast “The Labyrinth” and both live and DJ environments has allowed Henry to show his true potential in building sets that strike a chord with audiences across the world. His rising reputation earned Henry the honour of being asked to mix Balance Music’s 019 compilation. Following on from the likes of Timo Maas, Joris Voorn, Will Saul and Agoria, Henrys addition to this world-renowned mix series has more than lived up to expectations and has set a new benchmark in depth and quality.

Whilst being a producer, DJ and live performer is paramount to Henry, another element close to his heart is finding and developing new talent. Henry started his own label, Natura Sonoris (Nature Of Sound) in 2008 and it has become a platform for not only his own productions but also for artists such as Damabiah, Cora Novoa, Sistema and Ryan Davis to name but a few. The focus of the label is to connect electronic music with art and life. This is reflected in all aspects of each release from the music itself down to the artwork, a formula that has been received extremely well and now has a big following worldwide. September 2012 sees the release of his new single – Henry Saiz ‘Our Discovery’, which has been garnering a huge following this summer on the white isle, with supporters including Lee Foss, Sasha, Audiofly, Blond:ISH and many others.

Henry’s long awaited artist album is now underway, entitled ‘Reality is for those who are not strong enough to confront their dreams’. Due for release in February 2013 on his own label Natura Sonoris, this ground-breaking concept album engages his fans in an exciting and never-before-done way, by asking them to send him recordings and samples that he will incorporate into tracks from his album. Everyone can be involved in the creative process; fans can use the custom built interface on http://www.wearehenrysaiz.com to send him their thoughts, noises, field recordings or any other sound that means something to them. Be a part of his album today by visiting the site on your computer or smart phone.

Henry has now taken his DJ and Live shows around the globe. He has also been a part of festivals such as Sónar and Creamfields amongst many others and continues to be one of the most popular up-and-coming Spanish artists of his generation, having recently won the categories of ‘Best Live Act, Best Label and Best Compilation’ in the prestigious 2012 DJ Mag Spain awards, and he also won the ‘Best of 2011’ award in DEEJAY Magazine. His constant growth has enabled him to spread his music to new audiences and is, without doubt, one of the bright new talents on the global electronic music scene.