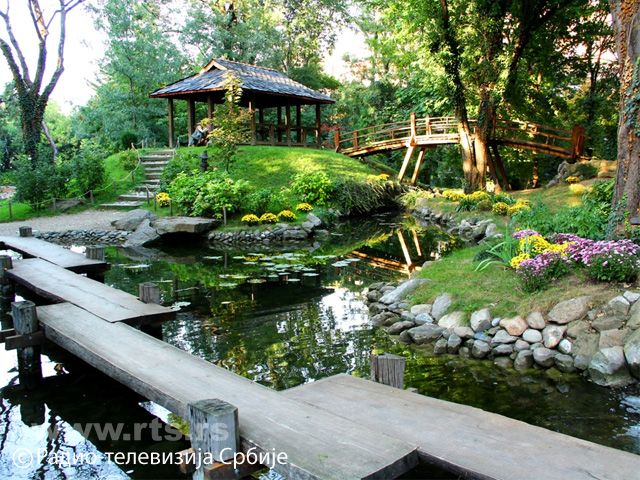 Botanical Garden “Jevremovac”, located in the centre of Belgrade, amongst  the many hidden beauties hides the Japanese garden inside – a living landscape in concert atmosphere of silence. This garden is apart from its  extraordinary beauty and uniqueness a frequent ‘hideout’  of many lovebirds, artists and admirers of Japanese culture, and It i’s even more intriguing because it hides a peculiarity which is unknown to many locals.

Thanks to professors Mihailo Grbic and Vera Grbic from Belgrade, Serbia the very first Japanese garden in Belgrade was established in 2005. The entire project was funded by Japan itself. The water in the garden is natural being  extracted from the  depths of up to 100 meters.

The state of Japan each year makes grants to a country that is considered eligible to promote Japanese culture and spirituality, and 10 years ago they have supported our project and in doing so created the Japanese garden in the heart of Belgrade – says Olivera Popovic, a spokesperson for the Botanical Garden “Jevremovac “. 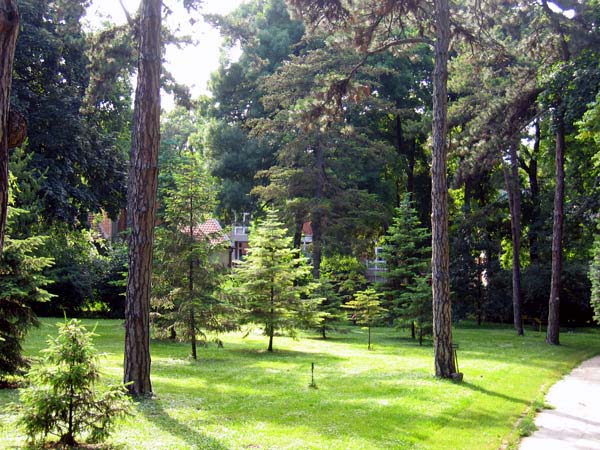 Japanese Garden has been incorporated into the existing natural environment, having utilized the hills, the surrounding trees that are over 50 years old and the terrain that lends itself  to a more natural appearance, as is the underlying feature of Japanese culture. The total area of the garden is 20 acres and so seemingly small at that; there are many plants typical of the land of the rising sun. Rarely do we see a natural place that does not require a lot of man-made interventions. Still this was the case with this garden. The garden naturally blends into the atmosphere and surroundings of the garden Jevremovac which  gives it a particular oasis-like charm and significance

Special features of Japanese gardens lies in the beauty of the nature – it seems to be stripped of unnecessary decorations such as sculptures, statues, fountains and the like. The Japanese tend to only use stones, pebbles and plants which represent a sanctuary of its kind.

The selection of plants is made by the symbolism they communicate, so the pine symbolizes longevity and love whereas the cherry tree is a symbol of eternal youth and spring, the Japanese maple is a symbol of the cycle of life and death, and is a tacit reminder of the transience of life. The hills are also an integral part of Japanese gardens and bear a symbolism in the title, so that we have a mountain of friends, lots of love and lots of life on a evergreen traditional  black pine trees.