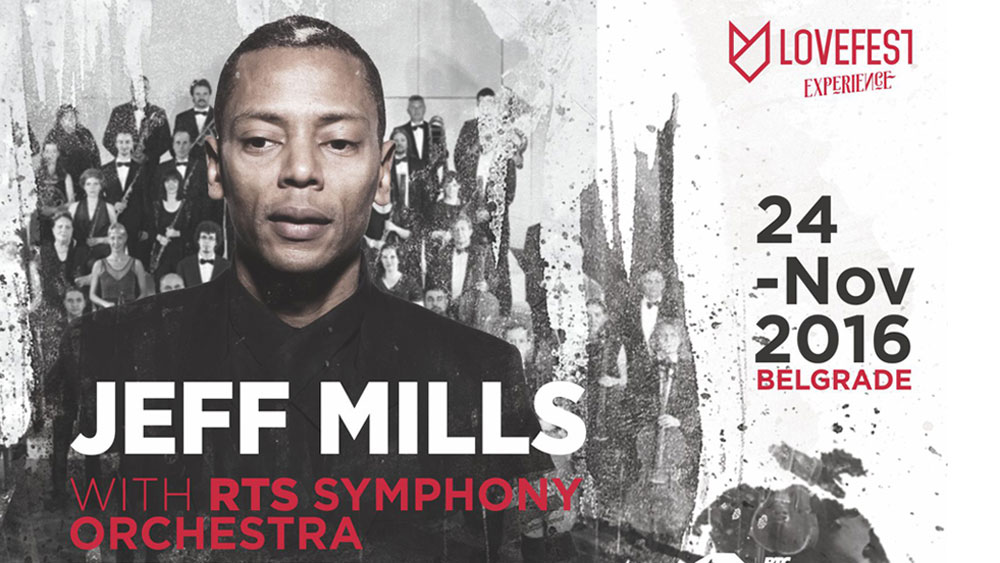 In the year when Love Fest is celebrating its tenth anniversary edition of the festival it has prepared  a special event for all the fans called Lovefest Experience that will feature iconic techno DJ Jeff Miles together in live performance with Symphony Orchestra of RTS.

Unique musical spectacle that combines electronic music with classical instruments will be held on the 24th November in Belgrade.

“By the end of last year’s edition, Lovefest in Vrnjacka Banja was visited by over 70,000 people from around the world, and we wanted to prepare something very special for our beloved fans. So we came up with an idea to create  a special music event Lovefest Experience which is not just a fusion of different music genres, but also a unique audio-visual experience.”,  the organisers said.

Jeff Miles is known as a musical genius amongst his fans, and he is regarded as a person that sets new standards in music among his colleagues, his each performance being unique story telling.

Symphony Orchestra RTS is one of the main musical tenets of Belgrade and Serbia, on 24 November members of this reputed orchestra will be under the baton of Maestro Bojan Sudjic.

Tickets can be ordered from Lovefest official website www.lovefest.rs.