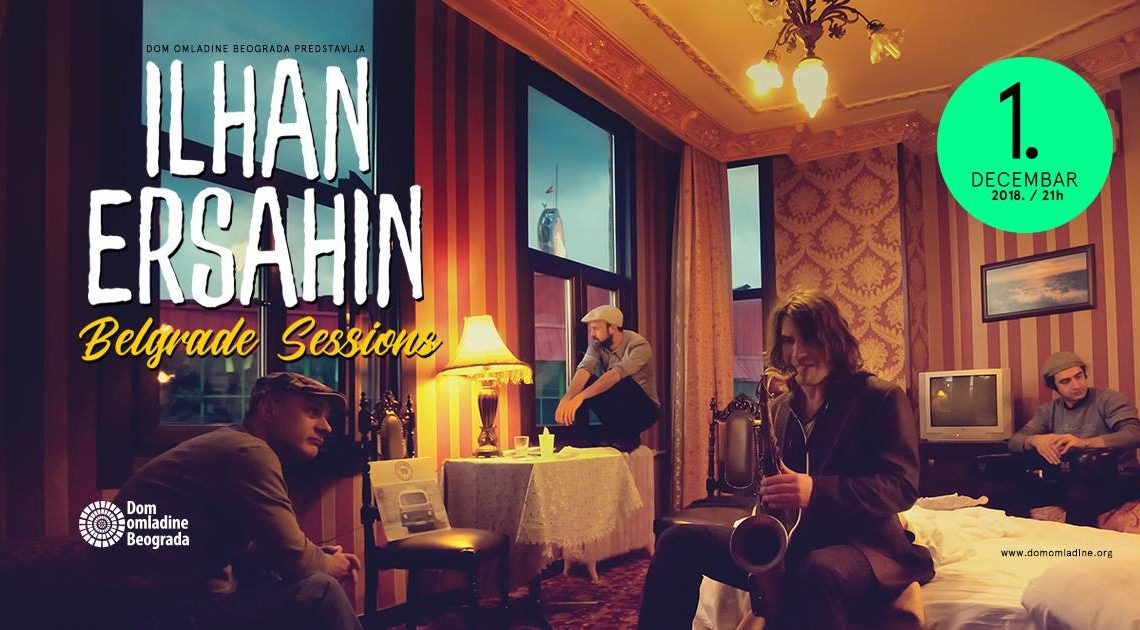 Ilhan Ersahin is one of the most important contemporary musicians working in the wide area of global underground clubbing – Turkish origin, grew up in Sweden, the owner of influential New York club Nublu. His “Istanbul Sessions” project delighted local audience last year at the 33rd Belgrade Jazz Festival. On the first of December Ilhan Ersahin will present a new project titled as “Belgrade Sessions“ at Dom Omladine. Ticket can be purchased at Dom Omladine Beograd (Youth Centre Belgrade) at the price of 1200 RSD.

Ilhan Ersahin is a Swedish–Turkish musician and bar owner, raised in Stockholm and based in New York City since 1990. As a musician, Ersahin has performed and recorded with various musicians as well as his own projects/bands, Wax Poetic, Love Trio, Our Theory, I Led Three Lives, Wonderland and Istanbul Sessions.

Most of those bands formed or sparked because of Nublu, the club he opened on Avenue C in Manhattan’s Lower East Side in 2002. The club was then on the cusp of intensive gentrification. It became a hub for musicians and DJs.Being a club in Manhattan, the music of Africa, the Caribbean and Brazil also became part of the Nublu mix, and the club became well known for its Wednesday night Forro in the Dark Brazilian sessions. Key to the scene was the creator of Conduction, Butch Morris, long a downtown fixture. Ersahin became part of different Morris projects in the late 90s. When Nublu began, they devised a new project that would apply Morris’s Conduction methods to the Nublu sensibility. The result was a new direction for Morris; within the context of The Nublu Orchestra he began incorporating more beats and electronica into his sound. The ensemble became a big part of the club’s identity.