Laurent Garnier is Coming to Belgrade

Laurent Garnier is respected by both the godfathers of techno in Detroit, with whom he has built close links, as well as by the younger generation of producers and DJs to whom he has given a taste for electronic music through his DJ sets and radio shows…

“By the time I was ten years old my bedroom looked like a nightclub. There were strobes, multi-coloured flashing lights, a disco ball, a DJ booth and a dance floor. When I switched on my equipment hundreds of tiny white lights would flit across my bedroom ceiling and walls. I switched on my disco ball every night. I only dreamt of one thing: making people dance.”

Laurent Garnier has been making the planet dance for 25 years. And, for all this time, his huge energy has seen him grooving behind record decks, bouncing up and down behind studio equipment and leaping around radio studios. He is a multi-faceted artist whose impact on the music scene is far-reaching. But above all he is a DJ, a true DJ: transformed by music, passionate about the crowd. Bodies move in a trance on the dance floor, minds elsewhere. Yet he is also a discoverer of old and new sounds, and has an amazingly rich musical culture. He spends most of his spare time sifting through old vinyl in record shops, following the most obscure leads on the Internet and listening to every single piece of music he is sent. Music, the pulse of our planet, is his Holy Grail.

One of the pioneering DJs of the dance music scene, Laurent Garnier experienced first-hand the euphoria of the Acid House movement in Manchester. He then went on to Wake Up and shake up Paris nightlife, from La Luna to the Palace, not forgetting the Rex Club. As one of the leading lights in French dance music at the end of the 1980’s, he then spread his message across the planet, from raves to warehouse parties, clubs to festivals. The Excess Luggage 5-CD collection sums up the somewhat hectic life of this globetrotting DJ whose antennae are permanently ‘tuned-in’ to sounds from around the globe, current trends, and the music of the next generation. At the beginning of 2011 Laurent Garnier was the only Frenchman, amongst 35 international DJ’s, to be shortlisted for “best DJ of all time” by the English magazine Mixmag. The latest in a string of accolades for this ‘turntable connoisseur’ whose incredible sets use both Techno from Detroit and beyond, and mixes in hints of Jazz, sweltering Disco, heart-warming House, African grooves, and Jungle and Dubstep basslines. 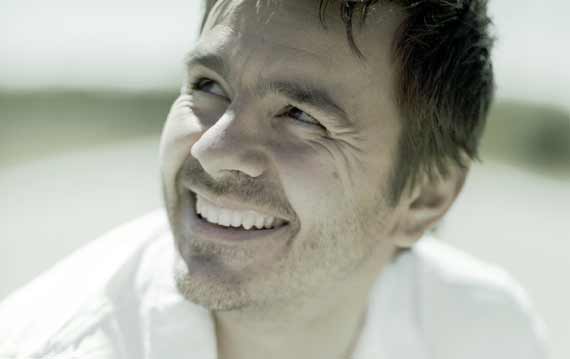 Musical eclecticism is at the heart of Laurent Garnier’s commitment to radio. At the beginning of the 1990’s, Laurent Garnier got behind the microphone, playing records on Radio FG, Maxximum and Radio Nova, where he remained a vital element for the next 18 years. Uncovering rare records, selecting new sounds and promoting new trends, Laurent Garnier has found a great source of satisfaction in radio broadcasting. To the point when, in 2003, he created Pedro’s Broadcasting Basement (www.pedrobroadcast.com), his own webradio that is open day and night and can be accessed across the planet. And as if that was not enough, for the last two years he has been presenting his own weekly radio show It Is What It Is which is currently broadcast in France (Le Mouv), Belgium (Pure FM), Switzerland (Couleur 3) and Mali (La Chaine 2).

Laurent Garnier is an artist on the move. He is tireless in his enthusiasm and is bursting with new ideas and projects. As well as the demands of his DJ-ing and his radio shows, Laurent Garnier has also evolved into a well-respected music producer. His first big hits (Acid Eiffel and Wake Up), both soundtracks to the explosion of dance music in France, have paved the way for a series of albums that are both elaborate and multi-faceted. From the Techno undercurrents of Shot in the Dark to the ambition of Tales of a Kleptomaniac, the electronic odyssey of 30, the maturity of Unreasonable Behaviour, and the visionary escapism of The Cloud Making Machine. In the space of five celebrated albums, Laurent Garnier has embarked upon a remarkable journey. A journey marked by some incredible electronic music anthems, loved by both DJ’s and the public alike: Flashback, Crispy Bacon, The Man With The Red Face, Back To My Roots, Gnanmankoudji, It’s Just Muzik. His discography is, of course inseparable from the story of F Communications, the label that he created in 1994 with Eric Morand and which brought to the fore producers such as Mr Oizo, St Germain, Jori Hulkkonen, AlexKid and Scan X.

All of this musical journey is written down in the book Electrochoc that Laurent Garnier and the journalist-writer David Brun-Lambert wrote together and came out in 2003. In this biography, Laurent Garnier tells the epic story of electronic music through his experiences and memories. Electrochoc was a publishing hit and was translated into other languages including Spanish, German, Japanese, Russian and Croatian. It is due for digital release in English in 2011. In addition, Electrochoc is the inspiration behind a screenplay that is currently being written for cinema.

Aside from his albums and singles, Laurent Garnier is also a composer for the cinema, television and theatre. He wrote the music for the film SDF Go Home, the animated film Globi and the Stolen Shadows and in 2010 made the music for the French television show Groland. As for the stage, Laurent Garnier has composed the music for contemporary dance choreographers Angelin Preljocaj and Marie-Claude Pietragalla. During the summer of 2010 Laurent Garnier worked for a second time with Angelin Preljocaj composing the music for the ballet Suivront Mille Ans de Calme with the dancers from Moscow’s Bolshoi Theatre. All of these projects were wonderfully inspirational experiences that have had a huge impact upon him, both as a musician and as a human being, continuing a far-reaching career that is founded upon commitment and passion.

Whether behind the decks, or a radio microphone, Laurent Garnier has managed to achieve his childhood dream: sharing the best possible music with other people. And little by little, Laurent Garnier the DJ has evolved into an accomplished musician, whose talents are widely recognised. One of his strengths is having understood how to take his own music on to the stage as live performance. From the Olympia in 1998 to the Tales of a Kleptomaniac tour in 2009/2010, Laurent Garnier has reinvented himself as an important live artist, defending his music and his vision as well as his sense of immediacy and need for improvisation. Surrounded by experienced musicians, Laurent Garnier lights up the stage like a DJ does a dance floor. During his most recent tour of about 100 concerts performed over a period of 18 months, he seduced different audiences from the Nice Jazz Festival, Benicassim, the Salle Pleyel in Paris, to I Love Techno in Ghent.

Following on from the tour, the LBS concept – Live Booth Sessions or Loud Bass & Samples – was launched in the autumn of 2010. This concept has a smaller live format consisting of three people: Laurent Garnier (DJ & machines), Benjamin Rippert (keyboards) and Scan X (machines). It offers a new platform for expression and improvisation, playing with Techno, Jazz, House, Dub, Breakbeat and Dubstep. This experimental live music project marries the organic and the electronic, with the flexibility of the DJ and the intensity of the live performance. Specially created to match the feverish atmosphere of a club, LBS work the dance floor into a frenzy with marathon sets. Five hours non-stop! It is a new way for Laurent Garnier to approach the dance floor…in the same spirit of giving…in close physical and emotional contact with the dance floor….as always…it’s is the story of his life.