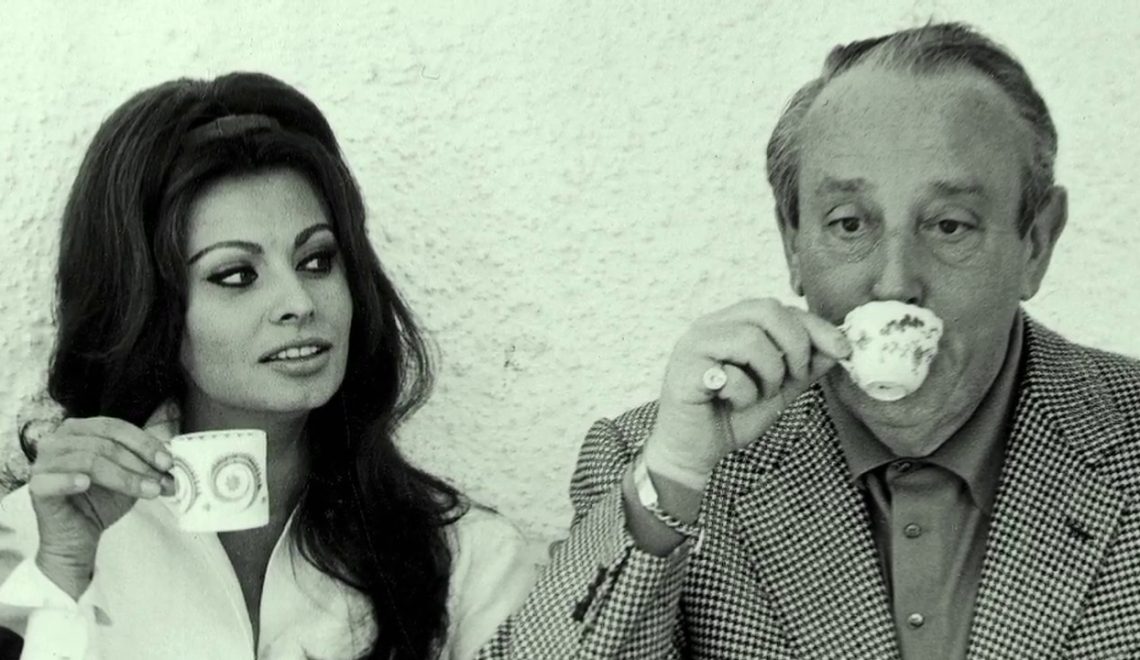 There he stands, the Prince Waszyński, in his palazzo, smoking a cigarette. An elegant man. Like a character in a film by Luchino Visconti. Did they ever meet the two in Rome, where the Prince passed his last years? After the more than turbulent life he had lived. His story is what Polish Elvira Niewiera and Piotr Rosolowski unfolds in “The Prince and the Dybbuk”, that is the opening film for the 14th edition of the Magnificent 7 film festival in its new venue, the Kombank Hall (ex Dom Sindikata) in central Belgrade. Festival takes place from the 8th till the 14th of June. Find more information on the festival’s website.

And this is for sure, like all 7 films, a film that deserves the big screen. It is Cinema to be enjoyed because of its elegant narrative structure, its use of archive, the editing, the music, the dignity with which the directors treat the Prince. Do we go for themes, when the selection for the festival takes place? No, we go for the Cinematic
quality and originality, that our audience expect – and I say it again, the best audience in Europe is the one in Belgrade. Nevertheless, having done the selection this year, we discover that three of the films put the focus on children.

Oh, I would hope that teachers all over could see and learn from “Miss Kiet’s Children”, with the amazing Kiet Engels, whose way of taking care of the refugee children is an example to follow. She has a teacher’s skills and she cares. Which is obvious in the superb piece of observational humanistic Cinema performed by Petra and Peter Lataster.

Likewise with “The Distant Barking of Dogs” by Simon Lereng Wilmont, who in several films has shown his ability to get close to and get the best out of children. In this case 10 year old Oleg and his cousin Yarik. It is a film with many layers from a war-torn area in Ukraine, and it has to be said with grandmother Alexandra in the centre of the story.

A film about Childhood, about Fear, about Survival, about Love. Made with love. And cinematic skills on how to build a story, compose the images and put them together with a soundtrack that stresses the atmosphere of the scenes, without killing them. Children play likewise a role in the Swedish “Giants and the Morning After”, where the lovely mayor of the small community Ydre welcome the newborn children with a gift to the parents, hoping they will stay and make more babies. Malla Grapengiesser, Per Bifrost and Alexander Rynéus stand behind the film with an old friend of the festival Finnish Mervi Junkkonen as the editor. It has a tone of humour, it has a universal theme (the depopulation of rural communities) and a cinematic language that adds mysterious connections to the surrounding nature. Can we live without art? Of course not. The festival’s ambition is to be a tribute to the art of documentary Cinema and to bring in tributes to other art forms.

We are very happy to have the latest film of Thomas Riedelsheimer in the program. His “Leaning into the Wind” with the extraordinary Andy Goldsworthy is about nature and how to explore and interpret it as Goldsworthy does, and as Riedelsheimer does so well including the artists he used for the “Touch the Sound”, the percussionist Evelyn Glennie and the composer Fred Frith.

Staying with landscapes depicted as paintings put together in a totally different way that we are used to is “Sleep has her House” by Scott Barley, who himself characterizes the film like this“through long static takes, the film develops a contemplative, hypnotic experience, akin to paintings that move, mixing live action and still photography (shot on iPhone) and hand-drawn images”. Wow, looking forward to see it on a big screen!

The closing film is “Entrepreneur” by Virpi Suutari, film director and professor of art. It is funny, it is about Love, it has magnificent music composed by Sanna Salmenkallio. It is like her previous M7 film, “Garden Lovers” about ordinary people, with an extraordinary Cinematic language.