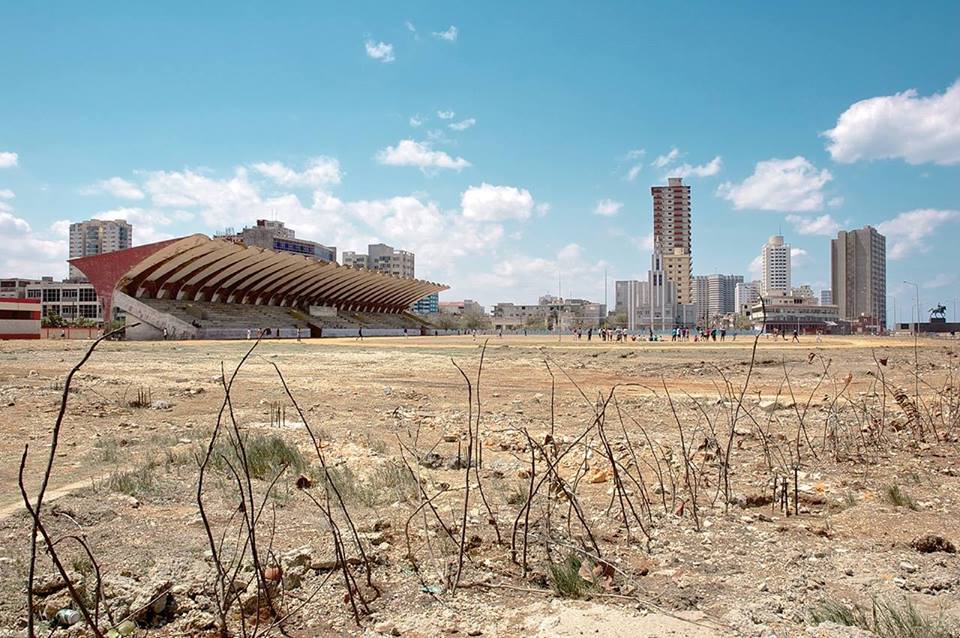 Exhibition is a part of Transeuropa Festival 2015

Marginal Notes is an exhibition of photographic and video works exploring the urban space produced by the modernist ideology and the everyday life practice and struggles that transform urban peripheries. The  exhibition derives from the Re>centering Periphery (R>CP) project and it shows past explorations of the cities of La Habana, Moscow, Berlin, Kiev and Belgrade, conducted by the Berlin-based collective ogino:knauss.
At the exhibition in Remont Gallery the textures, geometries and patterns designed by the brutal architectural practice of the 20th century are shown complete with the cracks, eruptions, signs of colonization and re-appropriation speaking volumes about  the daily life of its inhabitants.
The exhibition is meant to be the starting point to mull and muse about the modern city and its contradictions. Modernism in the architectural and planning field has been a dominant ideology having influened the urban explosion at a global scale and affecting the way millions of people live their lives in the suburban, marginalized territories of the modern city. The modernist city of Novi Beograd was built in the second half of the last century with the aspiration to create the capital of the multicultural state of Yugoslavia all over again. Today, through the dissolution of the Federation, the privatisation of the building stock and the impact of neo-liberal economy’s paradigms, what seems to be  left is an urban periphery in search of a new identity in relation to the historical centre. The exhibition suggests a reflection on the dreams and failures of modernist utopias facing contemporary challenges of Belgrade, and aspires to be the starting point for a reflection on the value of the city as the common ground for social practice and solidarity. The aim is to raise awareness of the fate of the public spaces, the capacity to support solidarity among communities and to  provide room for alternative practices and economies.
www.oginoknauss.org/blog

ogino:knauss is a collective created in 1995 in Florence. Since 2007 its operative base has been in Berlin. Having been established  as a mutant cinema laboratory, ogino:knauss has kept drifting through diverse languages, formats and communication practices. Its activity at the crossroads between art, research and activism includes the production of feature and documentary films, live media and VJ sets, video installations, audio works, graphic design, books and photographic projects, public art, participative workshop, etc. The main aspects of the work of ogino:knauss are the open ‘processual’ nature of its projects, the focus on urban landscapes and spatial transformation, and the investigation of experimental media and audiovisual formats.
http://www.oginoknauss.org/

As a part of TRANSEUROPA Festival 2015, and in collaboration with Transnational Dialogues, the exhibition is running parallel to the workshop “Belgrade: City of Commons” (1-2 October, Belgrade) and is the launching pad for the forthcoming project on Belgrade by ogino:knauss.
Organised by European Alternatives, TRANSEUROPA is a transnational festival of arts, culture and politics. It opens a temporary space for people from throughout Europe to exchange, co-create and come up with  common grounds for democracy, equality and culture beyond the nation-state. The Festival is to  place all over  Europe: in several cities in September, and in Belgrade from 1st to 5th of October.
https://transeuropafestival.eu/
https://www.facebook.com/events/1621394604778884/