Marina Abramović on Belgrade Culture and Her Roots 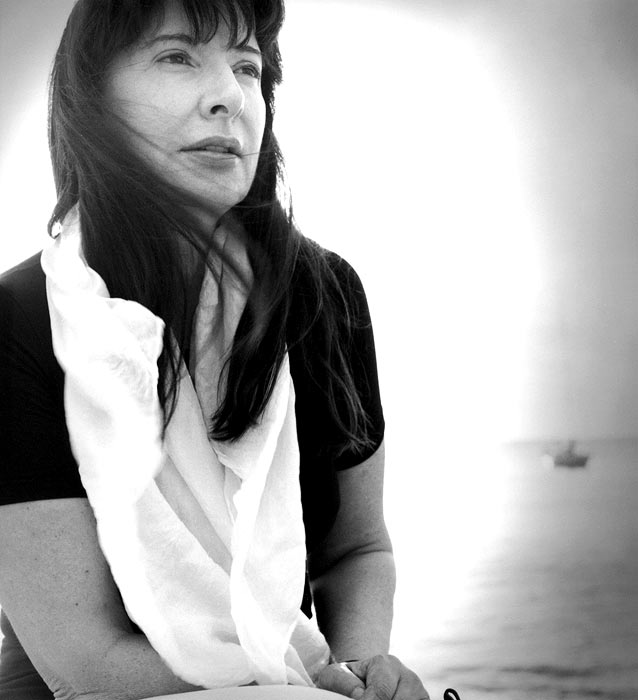 Marina Abramović was born in 1946 in Belgrade, Yugoslavia. Since the beginning of her career, during the early 1970s where she attended the Academy of Fine Arts in Belgrade, Abramović has pioneered the use of performance as a visual art form. The body has been both her subject and medium. Exploring the physical and mental limits of her being, she has withstood pain, exhaustion and danger in the quest for emotional and spiritual transformation. As a vital member of the generation of pioneering performance artists that includes Bruce Nauman, Vito Acconci and Chris Burden, Abramović created some of the most historic early performance pieces and continues to make important durational works.

Abramović has presented her work with performances, sound, photography, video, sculpture andTransitory Objects for Human and Non Human Use in solo exhibitions at major institutions in the U.S. and Europe. Her work has also been included in many large-scale international exhibitions including the Venice Biennale (1976 and 1997) and Documenta VI, VII and IX, Kassel, Germany (1977, 1982 and 1992). In 1998, the exhibition Artist Body – Public Body toured extensively, including stops at Kunstmuseum and Grosse Halle, Bern and La Gallera, Valencia. In 2004, Abramović also exhibited at the Whitney Biennial in New York and had a significant solo show, The Star, at the Maruame Museum of Contemporary Art and the Kumamoto Museum of Contemporary Art, Japan.

Abramović has taught and lectured extensively in Europe and America. In 1994 she became Professor for Performance Art at the Hochschule fur Bildende Kunst in Braunschweig where she taught for seven years. In 2004 she was awarded an Honorary Doctorate from the Art Institute in Chicago, The University of Plymouth, UK, and Willams College, USA.

She was awarded the Golden Lion for Best Artist at the 1997 Venice Biennale for her extraordinary video installation/performance piece Balkan Baroque‚ and in 2003 received the Bessie for The House with the Ocean View‚ a 12-day performance at Sean Kelly Gallery.

In 2005, Abramović presented Balkan Erotic Epic at the Pirelli Foundation in Milan, Italy and at Sean Kelly Gallery, New York. That same year, she held a series of performances called Seven Easy Pieces at the Guggenheim Museum in New York. She was honored for Seven Easy Pieces by the Guggenheim at their International Gala in 2006 and by the AICA USA with the “Best Exhibition of Time Based Art” award in 2007. Abramović’s work is included in numerous major public and private collections worldwide. She was the subject of a major retrospective at the Museum of Modern Art in New York, The Artist is Present, in 2010. In 2011, Abramović was the subject of a major retrospective at the Garage Art Center in Russia and participated in visionary director Robert Wilson’s, The Life and Death of Marina Abramović, the critically acclaimed re-imagination of Abramović’s biography, which will tour throughout 2012. The feature length documentary, Marina Abramović: The Artist is Present, premiered in January 2012 at the Sundance Film Festival.