Experiencing the true spirit of Belgrade will come easily by taking the popular ‘May 25th to Ada Bike Route’. You can ride a bicycle, roller blades, or if you are too lazy a scooter. An interesting tour starts from the May 25th (Danube quay at Lower Dorćol) up till river island Ada. The bike trail is 7 km long. It is composed of different segments with different physical and environmental characteristics. It is also the busiest route for cyclists in Belgrade that extends along the rivers. With the arrival on May 25th, you can feel the fragrance of the river and nature and enjoy the beautiful view of New Belgrade and Zemun. 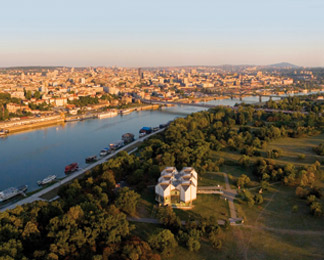 If you opt for this tour you will pass by and see many very important and interesting sights of  Belgrade, such as: Sports and recreational center 25th May, tennis courts founded by Novak Djokovic, floating pontoons and moored ships, Belgrade bus station, trendy restaurants in the Concrete Hall, Savamala area, Kalemegdan fortress, the statue of Victor (The symbol of Belgrade), Belgrade bridges (including the famous Brankov bridge and the modern one that goes over the Ada), Museum of Contemporary Art situated at Ušće (Confluence) , Belgradian (Beograđanka-the tallest building in the city), Business building Ušće, Shopping Centre Ušće, and much more. Also, there are other many exotic things for checking out as abandoned and destroyed ships and floating pontoons, and the best thing is that you can enter them and take cool photos.

In the summer of 2006, the first bike lift was opened on the Brankov bridge, which connects the coastal bike path and pedestrian-bicycle path on the upper level of the bridge. This is the first high-rise building in Belgrade for only bicycle traffic that facilitates the transfer of cyclists on the opposite bank of the Sava River. 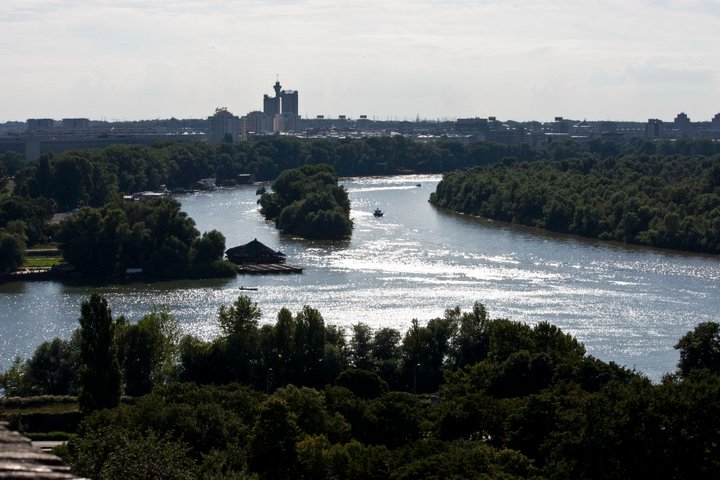 Belgrade on the rivers

At the end of this exotic bicycle tour, you will pass by the new bridge and soon arrive at the final destination, the river island Ada. Ada Ciganlija-colloquially shortened to Ada, is a river island that has artificially been turned into a peninsula, located in the Sava River’s course through central Belgrade. The name can also refer to the adjoining artificial Sava Lake and its beach. To take advantage of its central location, over the past few decades, it was turned from an inaccessible marsh notorious as a place where official executions were held, into an immensely popular recreational zone, most notable for its beaches and sports facilities, which, during summer seasons, can have over 100,000 visitors daily and up to 300,000 visitors over the weekend. Due to this popularity, Ada Ciganlija has been commonly nicknamed More Beograda (Belgrade’s Sea), which was officially accepted as an advertising slogan in 2008. 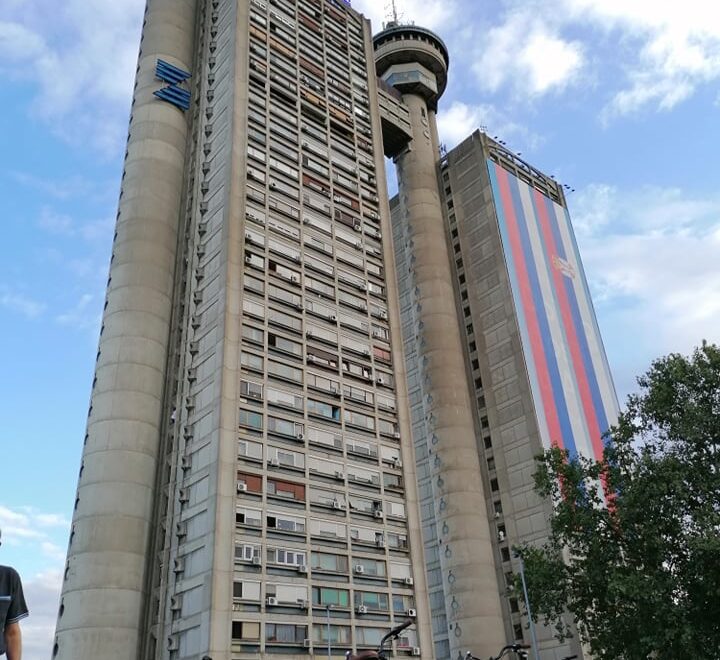