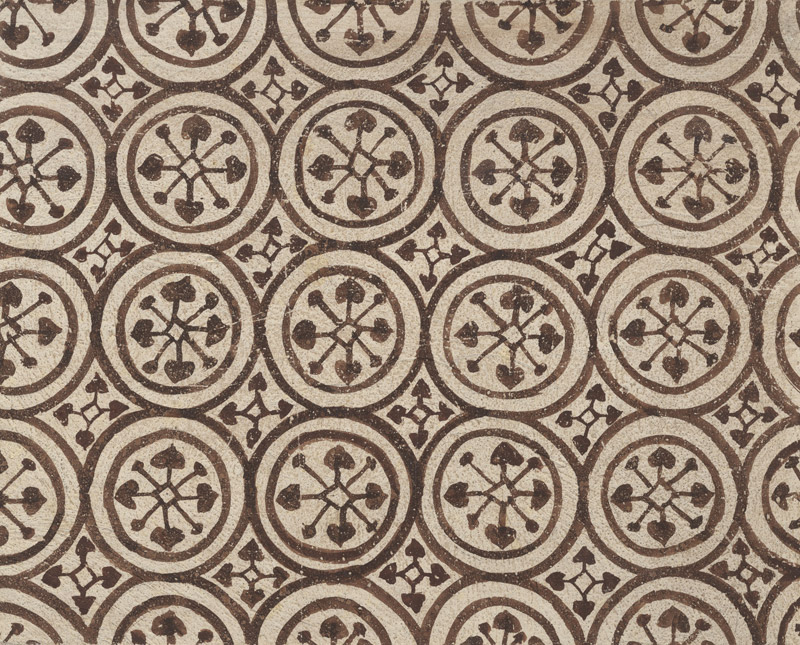 The Museum of Applied Art stages the exhibition “Memory Update – Ornaments of Serbian Medieval Frescoes” on the 6th of November 2013 to mark this year’s anniversary of its founding.

An interest in ornament as particular visual and semantic, as well as a linguistic phenomenon becomes more and more increasing in the visualization world of all segments of modern communication. An ornament is often used as a decoration, a pattern, a decorative detail in applied art and architecture but it also bears a broadest span of symbolical, culturological and religious meanings that are susceptible to various analyses and even mathematical reading and interpretation.

Within the frame of the exhibition, the ornament is treated from various standpoints in an attempt of modern interpretation of its values.

Almost 500 tables with copies of ornaments from Serbian medieval frescoes will be displayed. Last time they were exhibited in 1961 in honour of the Congress of Byzantine Studies that took place the same year in Belgrade. The body of five hundred seventy two ornaments was left to the Museum as exquisite ornamental treasure.

This valuable material will be presented to the public in a most contemporary form, using new technologies and in accordance with the time we live in. The exhibition visitors will get an insight into the medieval material through numerous installations, animations, video projections, sound systems and original works inspired by the exhibition items.

Among other events, the accompanying program will include lectures of acknowledged experts from various fields, as well as chamber concerts and workshops.