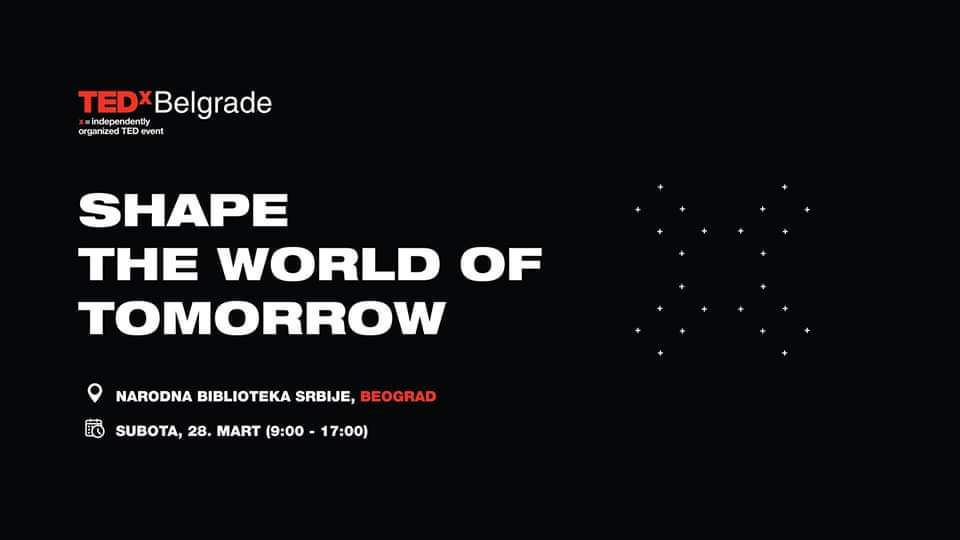 Our Still in Belgrade monthly guide is bound to take you to the best parties, festivals, events and the finest crowds in town. Let’s see what’s going on this February and March in Belgrade and welcome to 2020!

Roots grow inside you is an installation of photographs and masks rooted in pagan Slavic rituals reinterpreted in the context of contemporaneity. Many of the rituals performed by Slavic tribes are still very much alive today. Originally, the rituals followed the cycle of the sun, seasons, celebrating the elements and land, urging seasons to come and Nature to follow the internal logic of its ebb and flow.

Over time, religious and political influences have either altered or eradicated them. We wish to present a body of work that goes back to the more unaltered variations of Slavic rituals and reposition them in the present time. The work is fuelled by the importance of rituals as they are the evidence of our roots. They liaison the past and the present, connect us to our ancestors and remind us of our humble place in Nature.
The opening night will feature a live performance by Vienna-based dance artist, Jolyane Langlois.

We would love to officially thank Shamez Amlani for his unconditional and vital support of this project.

The exhibition will be open until March 1st from 2 pm to 8 pm at the Grad Gallery.

FEST 2020 selectors have announced the program of this year’s largest film festival in Belgrade. 48th FEST will take place from the 28th of February until the 8th of March in several Belgrade cinemas, and it will showcase over 100 films from new, but also old international and Yugoslav/ Serbian production.

The Nineties: A Glossary of Migrations@MUSEUM OF YUGOSLAV HISTORY

The Museum of Yugoslavia announces The Nineties: A Glossary of Migrations, which involves the participation of thirty contemporary artists and art and activist collectives engaged in the theme of the population’s mass migrations to and from Serbia in the 1990s.

The exhibition opens on December 5, 2019, at 6 pm at the May 25th Museum. Also, this is the first showcasing to take place within the newly renovated May 25th Museum, which is part of the Museum of Yugoslavia complex.

“The primary concern of the exhibition is to map the different forms of engagement, from the 1990s to the present moment, which have, in the field of art, addressed social, cultural, political and legal issues created in these extremely complex and traumatic migration processes, leaving the documentary-historiography approach in the background. Apart from the artistic standpoints, the exhibition includes certain activist and civil sector initiatives and organizations, however, primarily, those either initiated by artists, or those which included in their work the collaboration with contemporary artists,” – the curators of the exhibition, Simona Ognjanović and Ana Panić from the Museum of Yugoslavia, emphasize, adding: “The exhibition also introduces a parallel narrative line revealing documents such as laws, political agreements and national strategies, which greatly determined the statuses of people affected by the migrations. The aim of such an expositional structure is, in part, to shed light on the wider context in which the artworks and initiatives were created or those which they refer to.”

Visitors will be able to discover the content of the exhibition by moving through a spatial network of concepts, that is, a “glossary of migrations,” which will facilitate their reading and interpretation of the exhibition.

“The Glosssary represents an alternative to the dominant discourses through which, in the domain of the law, public politics and academia, these issues are dealt with and thought about. It opens questions regarding the reaches and role of art, activism, as well as public institutions, in the reconstruction of the past, and the morphing of ‘common knowledge’ that dominate the public sphere,” – explain the exhibition’s curators.

A series of accompanying programs will be organized for the duration of The Nineties: A Glossary of Migrations exhibition. These will include specialized guided tours by some of the artists and participants of the exhibition, public discussions, art events and winter schools for students.

The team of the Museum of Yugoslavia responsible for the realization of the exhibition is lead by Simona Ognjanović and Ana Panić, curators and exhibition conceptualists. Architect Milorad Mladenović designed the exhibition and the visual identity was created by Zoran Pantelić.

The exhibition is realized as part of the project New Mappings of Europe, supported by the European Commission through the Creative Europe program and the Ministry of Culture of the Republic of Serbia.

The exhibition will run at the Museum of Yugoslavia until March 1, 2020.

The only way to step ∆p and kick-off 2020:
Richie Hawtin, Schwabe and Lag at Drugstore Beograd!

Apgrade party series will host a legendary minimal techno DJ and producer Richie Hawtin on the 28th of February (2020), at the Drugstore club.

Tickets can be purchased online at the special price of 1250 RSD.

Legendary Richie will be supported by:

March Festival – The 67th Belgrade Documentary and Short Film Festival will be held March 25-29, 2020 at the Belgrade Youth Center, which also organizes the event.

Find more info on tickets and speakers of this year’s TEdx talks on FB event.

Tommy 47 is back to Belgrade’s techno cathedral on the 7th of March.

Last time we checked up on Tommy he was promoting his album “Veer” at Drugstore. Tommy Four Seven’s sets at Drugstore remain some of the most memorable techno parties in our club. As one of the eclectic voices of today’s techno, Tommy celebrates 15 years on the electronic music scene in 2019. On 47, Tommy has released music by Ancient Methods, Phase Fatale, SNTS, Headless Horseman and Oake. Three years ago he started the Numerology event series, located in the vaults of a former coin factory in Berlin which had Broken English Club, Demdike Stare, Paula Temple, Shackleton and Surgeon as guests.