Monthly Guide: What’s going on this winter in Belgrade? 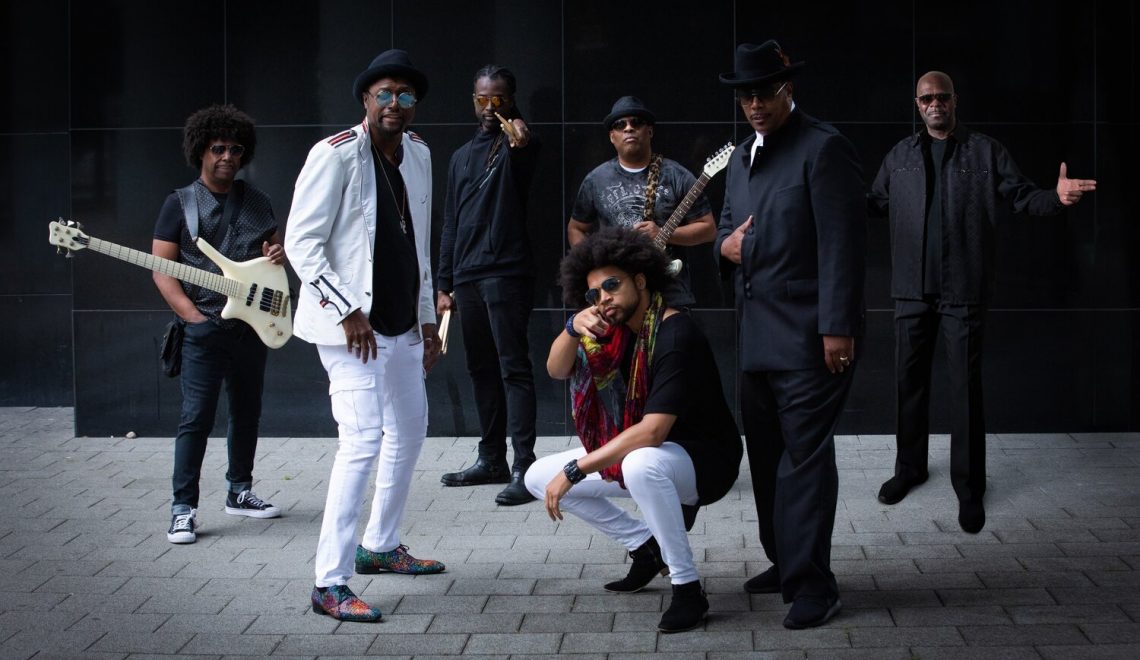 Our Still in Belgrade monthly guide is bound to take you to the best parties, festivals, events and the finest crowds in town. Let’s see what’s going on this December in Belgrade.

On the 16th and 17th of December New Power Generation- band of the famous Prince, will play in front of the Belgrade audience within Musicology Barcaffe Sessions. The concert starts at 10 pm.

Controversial Croatian film Diary of Diana B., directed by Dana Budisavljevic, is being broadcast at Kombank Hall.

This is the true story of Diana Budisavljevic, a humanitarian and activist from Zagreb who organized an action to rescue and take care of Serbian children from Ustashas camps during World War II. Using her Austrian descent, Diana called on the authorities, the church, and the Red Cross to rescue at least the children from the camp. After they were taking no responsibility, she decided to organize an action from her apartment that saved more than ten thousand children by the end of the war! During a visit to Jasenovac in 2010, director Dana Budisavljevic receives from the head of the memorial center Diana’s diary, which is a record of the almost unknown heroism of Diana and her friends and decides to make a film based on it.

Dana Budisavljevic was born in 1975 in Zagreb. She graduated from the Department of Film and TV Editing at ADU in Zagreb. She made her debut with the documentary Sve 5! and became more popular with the family film Your Life is not a Hawaii Song, which aired in the Free Zone 2012.

Movie “Parasite” by South Korean director Bong John-ho, winner of the “Golden Palm” at this year’s Cannes Festival. It is a black comedy with elements of a thriller that confronts an affluent family, obsessed with American culture and the poor – in a relentless pursuit of existence.

This family tragicomedy depicting the inevitable collision that occurs when Ki vo, the eldest son of a family of four unemployed adults, is offered a well-paid teaching job in a wealthy Park family.

On December 14th Music Reactions will join forces with Noćne More to bring yet another mayhem to Drugstore Beograd! Their guests will be Broken English Club and Filmmaker, both artists bringing their A game live acts to town.

Filmmaker – Is a raw synth-punk project of the Colombian producer Faunes Efes, who is now visiting Europe for the first time. Proof of that he’s such a productive producer are his 12 albums. His leftfield approach to dark rave electronics is entangled with classic synth and new wave beats, making his sound as trendy as it is timeless. He is doing a live set in the Dark Room of Drugstore, inviting ancient spirits of electronic body music to re-define dance for us Europeans. We heard that next to cocaine, Filmmaker is the best quality export good from Latin America.

In charge of the Black Room
Bagheera plays waterfalls in wartime, and calls home both iconic techno clubs of Belgrade – Drugstore and 20/44.

AASKA is an eclectic princess of Belgrade’s electronic music scene. “Once upon a time, there was a society in which the only currency was little pieces of human soul…’’ She will have all your senses immersed in the AASKA experience.

In charge of the Main Room
MR resident RAR with Mirko Lazarevic and Rèdacs.

tickets – 1000RSD, will be available only at the door.

The Museum of Contemporary Art, Belgrade

Conceived in close collaboration with the artist herself, the exhibition The Cleaner is the first major European retrospective of Marina Abramović. The exhibition made its debut in 2017 at the Moderna Museet (Stockholm, Sweden), and has subsequently traveled to the Louisiana Museum of Modern Art (Humlebæk, Denmark), Henie Onstad Kunstsenter (Oslo, Norway), Bundeskunsthalle (Bonn, Germany), Fondazione Palazzo Strozzi (Florence, Italy) and the Centre of Contemporary Art “Znaki Czasu” (Toruń, Poland).

The Belgrade exhibition is the last stop on this tour, and it holds unique significance as it represents the artist’s return to her place of birth, where her career began, and where she last had a solo exhibition in 1975, at the Salon of the Museum of Contemporary Art.

The exhibition chronologically reviews all of the phases of the artist’s multifaceted fifty-year long career. This begins with her early paintings (1960-1969) and conceptual works (1970-1972), followed by her solo performances (1973-1975) and works created with former professional and personal partner Ulay (1976-1988), a period in which she gained international acclaim.

Finally, the artist’s solo career from 1991 to 2017, marks her establishment as one of the greatest artists of today. The exhibition showcases over 120 artworks, including paintings, drawings, objects, photographs, audio works, video installations, films, scenography, re-performances and archival materials. Among the works exhibited are anthological works of performance art (Rhythms, 1973-1974; Lips of Thomas, 1975; Relatonal works, 1976-1977; Nightsea Crossing, 1982-1986), as well as representative works from Abramović’s recent body of work (Balkan Baroque, 1997; The Artist is Present, 2010).

The live segment of the exhibition is presented through the re-performances of Marina Abramović’s historical performances, which will be performed daily by local and international performers. In addition, the exhibition will include works that call for the active participation of the audience.

As part of the exhibition, Marina Abramović will hold a public lecture, and a Master Class for young artists.

The accompanying programme of  The Cleaner includes film screenings, lectures about performance art and guided tours through the exhibition.

Marina Abramović (Belgrade, 1946) is one of the greatest performing artists and is the only representative of the 1970s generation of radical performers that is still active in the field of performance art. Throughout her career, Abramović has constantly challenged the boundaries of performance art, experimenting with different forms and genres like body art, relational performance, long-durational performance, autobiographical performance, participatory performance and re-performance. Her performances have relentlessly tested the limits of the body’s physical and psychological endurance, social stereotypes and taboos, cultural and gender identity, all while producing a strong affective impact on audiences. These performances are complex structures of meaning, formed on the intertwining between the literal and the symbolic, the material and the spiritual, the physical and the mental, the intimate and the public, the repetitive and the changing, the actual and the virtual.

For Abramović, performance art is the art of transformation that develops through the exchange of energy between the performer and the audience. It is the art of “cleaning” that has the capacity to fundamentally change how one experiences the self, others and of the collective, as well as how one relates to life itself. The artist’s oeuvre indicates a constant search for methods and techniques that release the energy of humans, objects and actions.

The exhibition is locally organized by the Museum of Contemporary Art, Belgrade

The exhibition is produced by Moderna Museet, Stockholm, in collaboration with Louisiana Museum of Modern Art, Humlebæk and Bundeskunsthalle, Bonn

The Nineties: A Glossary of Migrations@MUSEUM OF YUGOSLAV HISTORY

The Museum of Yugoslavia announces The Nineties: A Glossary of Migrations, which involves the participation of thirty contemporary artists and art and activist collectives engaged in the theme of the population’s mass migrations to and from Serbia in the 1990s.

The exhibition opens on December 5, 2019, at 6 pm at the May 25th Museum. Also, this is the first showcasing to take place within the newly renovated May 25th Museum, which is part of the Museum of Yugoslavia complex.

“The primary concern of the exhibition is to map the different forms of engagement, from the 1990s to the present moment, which have, in the field of art, addressed social, cultural, political and legal issues created in these extremely complex and traumatic migration processes, leaving the documentary-historiography approach in the background. Apart from the artistic standpoints, the exhibition includes certain activist and civil sector initiatives and organizations, however, primarily, those either initiated by artists, or those which included in their work the collaboration with contemporary artists,” – the curators of the exhibition, Simona Ognjanović and Ana Panić from the Museum of Yugoslavia, emphasize, adding: “The exhibition also introduces a parallel narrative line revealing documents such as laws, political agreements and national strategies, which greatly determined the statuses of people affected by the migrations. The aim of such an expositional structure is, in part, to shed light on the wider context in which the artworks and initiatives were created or those which they refer to.”

Visitors will be able to discover the content of the exhibition by moving through a spatial network of concepts, that is, a “glossary of migrations,” which will facilitate their reading and interpretation of the exhibition.

“The Glosssary represents an alternative to the dominant discourses through which, in the domain of the law, public politics and academia, these issues are dealt with and thought about. It opens questions regarding the reaches and role of art, activism, as well as public institutions, in the reconstruction of the past, and the morphing of ‘common knowledge’ that dominate the public sphere,” – explain the exhibition’s curators.

A series of accompanying programs will be organized for the duration of The Nineties: A Glossary of Migrations exhibition. These will include specialized guided tours by some of the artists and participants of the exhibition, public discussions, art events and winter schools for students.

The team of the Museum of Yugoslavia responsible for the realization of the exhibition is lead by Simona Ognjanović and Ana Panić, curators and exhibition conceptualists. Architect Milorad Mladenović designed the exhibition and the visual identity was created by Zoran Pantelić.

The exhibition is realized as part of the project New Mappings of Europe, supported by the European Commission through the Creative Europe program and the Ministry of Culture of the Republic of Serbia.

The exhibition will run at the Museum of Yugoslavia until March 1, 2020.