Monumental Sculpture on the Buildings of Belgrade 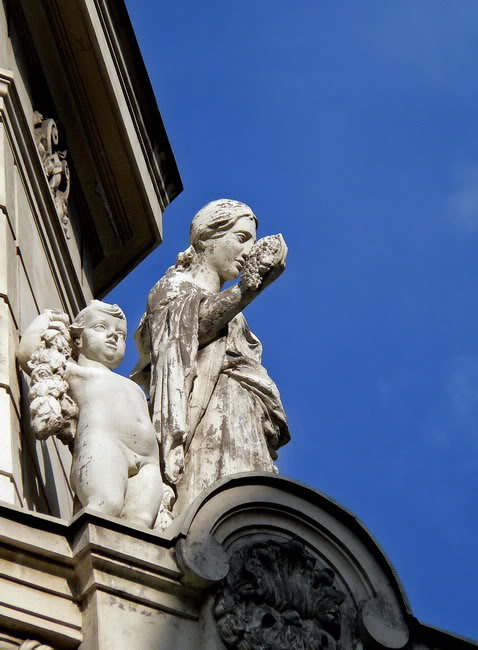 The term “monumental sculpture” is often used in art history and criticism, but not always consistently. It combines two concepts, one of function, and one of size, and may include an element of a third more subjective concept. It is often used for all sculptures that are large. Human figures that are perhaps half life-size or above would usually be considered monumental in this sense by art historians, although in contemporary art a rather larger overall scale is implied. Monumental sculpture is therefore distinguished from small portable figurines, small metal or ivory reliefs, diptychs and similar. It is also used of sculpture used to create or form part of a monument of some sort, and therefore capitals and reliefs attached to buildings will be included, even if small in size. Typical functions of monuments are as grave markers, tomb monuments or memorials, and expressions of the power of a ruler or community, to which churches and so religious statues are added by convention, although in some contexts monumental sculpture may specifically mean just funerary sculpture for church monuments…..

Public and private buildings in Belgrade that contain monumental sculpture are often neglected, and some of them are even demolished. A large number of Belgrade facade is decorated with sculptures: masks and various deities of fertility, trade, success that are intertwined with garlands, festoons and cartouches. They can be found on the roofs,or in front of the dome, tympanum, in niches and balustrades, between or above the windows. Sculptures are art works made by famous Serbian and Yugoslav artists, such as: Ivan Meštrović, Toma Rosandić, Petar Ubavkić, Djordje Jovanivić, Dragomir Armbašić, Petra Palavičini, Sreten Stojanović, Živojin Lukić…. 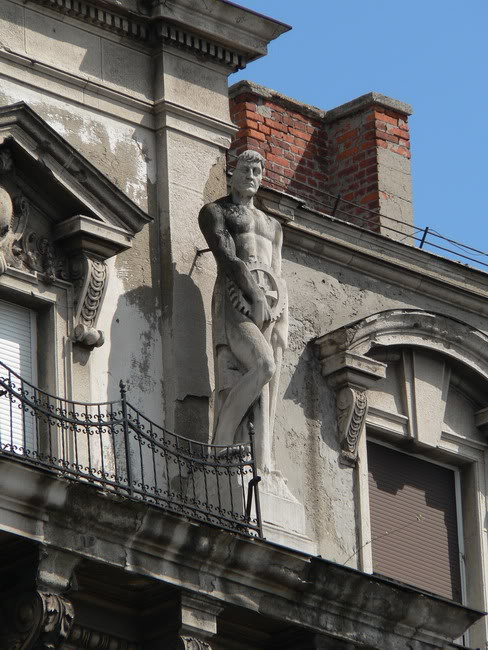 The oldest sculptures “Apollo with lyre” and “Minerva with spear and shield” are located at Captain Miša’s mansion and made ​​in 1863.

The oldest group also includes four figures at the mansion of Mesarević family from 1883. located in 18 “Knez Mihajlova” street. Also, there are the famous sculptures titled as ” “Women with wreath” and “Agriculture” found at the Foundation of  Spasić family from 1889. located in 33 “Knez Mihajlova” street. Besides lavishly decorated public buildings, wealthy citizens have done the same for their homes- engaging craftsmen and sculptors known to celebrate their success, prestige and interest. Thus, Branko Krstić, architect from the 30’s has decorated one building  in “Kumanovska” street with “Sisyphus” and “Sphinx”, while the building in 39  “Kralja Petra” street since 1907. was decorated with “Women mask with two doves.” 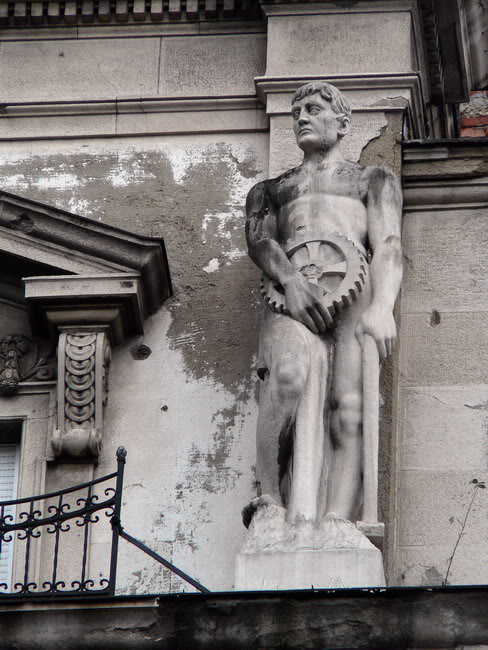 The most importantly, research of  the motifs  (serpents) on the facades of Belgrade led the author Darko Šarenac to new insights, concluding  that Belgrade is the city of the god Mercury. Because,  Mercury is “the most common motif in the architectural sculpture of Belgrade”.  Mercury usually holds caduceus, one of the attributes that defines his divine identity. Caduceus (caduceus) is a rod around which two serpents entwined in opposite directions.

The caduceus is the staff carried by Hermes in Greek mythology. The same staff was also borne by heralds in general, for example by Iris, the messenger of Hera. It is a short staff entwined by two serpents, sometimes surmounted by wings. In Roman iconography it was often depicted being carried in the left hand of Mercury, the messenger of the gods, guide of the dead and protector of merchants, shepherds, gamblers, liars, and thieves. As a symbolic object it represents Hermes (or the Roman Mercury), and by extension trades, occupations or undertakings associated with the god. In later Antiquity the caduceus provided the basis for the astrological symbol representing the planet Mercury. Thus, through its use in astrology and alchemy, it has come to denote the elemental metal of the same name. 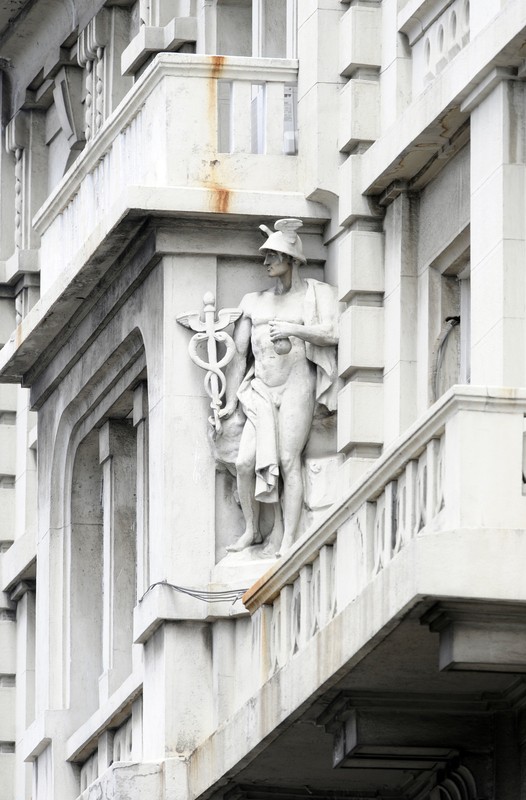 By extension of its association with Mercury and Hermes, the caduceus is also a recognized symbol of commerce and negotiation, two realms in which balanced exchange and reciprocity are recognized as ideals. This association is ancient, and consistent from the Classical period to modern times. The caduceus is also used as a symbol representing printing, again by extension of the attributes of Mercury (in this case associated with writing and eloquence).

The caduceus is often mistakenly used as a symbol of medicine and medical practice (especially in North America), due to historical confusion with the traditional medical symbol, the rod of Asclepius. The Rod of Asclepius has only a single snake and no wings, so is similar in form to the caduceus with its two snakes and often with wings.

Burkert, W., Structure and History in Greek Mythology and Ritual, University of California, 1979. 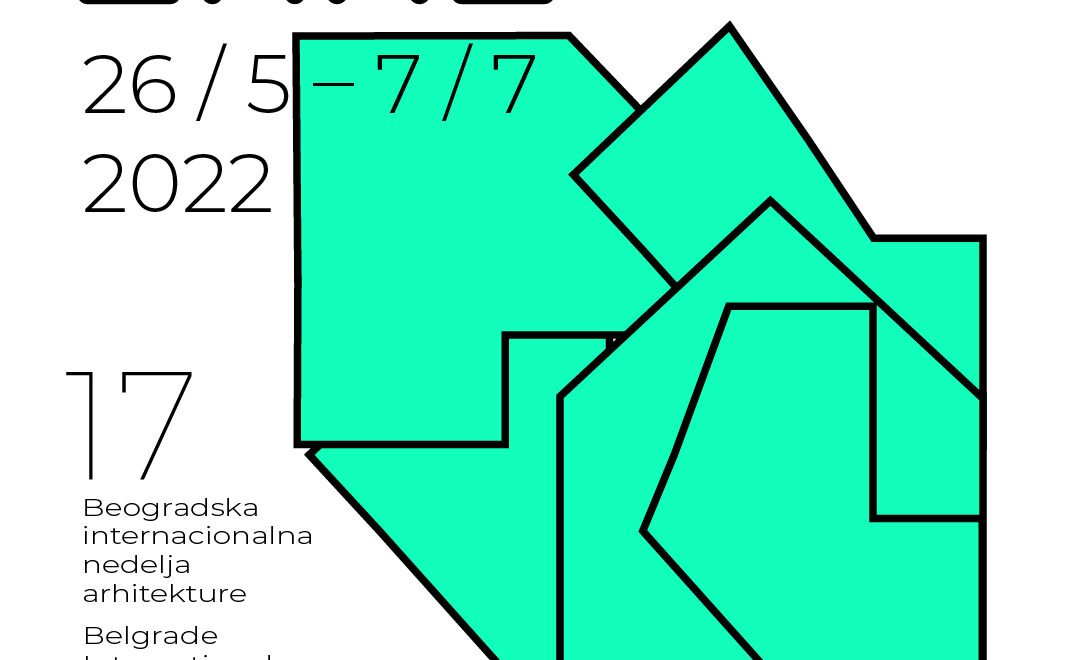 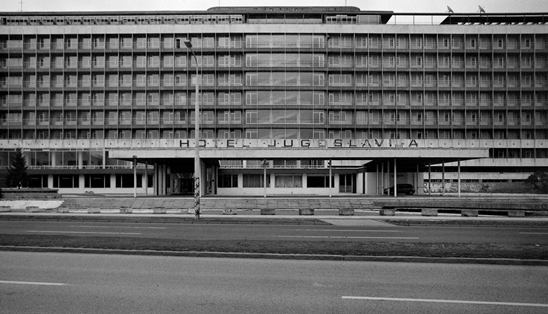