MOONCHILD – for the first time in the region! 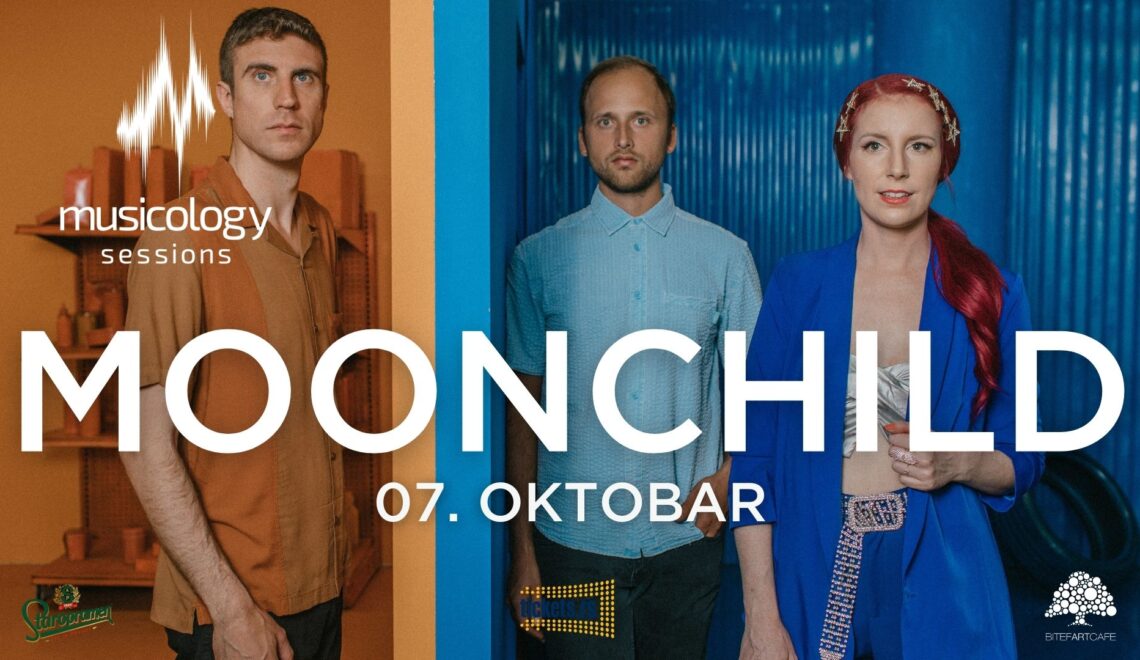 Musicology Sessions brings world-famous musicians to Belgrade. After sold-out concerts by Keziah Jones, Mario Biondi, Hooverphonic, and Snarky Puppy, Musicology sessions kick off with the winter season. A concert by the soft soul trio MOONCHILD awaits us on October 7. On October 20 and 21, the pioneers of the London “acid jazz” scene- The Brand New Heavies will play in BITEFARTCAFE in front of the local audience.

Musicology Sessions in cooperation with LENOVO Serbia has launched a project called Musicology SHOWCASE by Lenovo. This project will give young bands an opportunity to present themselves to a wider Belgrade audience. Local musicians will have the opportunity to perform as an opening group for international stars and win one of the valuable prizes. A young, promising band, Manivi, will play on October 7. Nurturing RnB and Soul sound Manivi has won the hearts of regional fans of soulful melodies.

The headliner of the evening will be Moonchild, which comes directly from LA, USA. Their music is a mix of progressive music that is strongly associated with the West Coast heritage throughout the decades. The result of ten years of work and growth together, their new album “Starfruit” shows the respect, musical understanding, and love that the trio has, both for each other and for the other collaborators on the album.

Guests on the 2022 edition were Tank and The Bangas, Lalah Hathaway, Alex Isley… With this album, they bring us a handful of beautiful melodies, harmonies, and personal lyrics. Their previous releases “Little Ghost”, “Voyager”, “Please Rewind” and “Be Free” have been recognized by the most respected editors of BBC, Jazz FM, Worldwide FM, and KEXP.

Their music was recognized by greats like Jill Scott, DJ Jazzy Jeff, Robert Glaspera, and Stevie Wonder after hearing their debut album “Be Free” which invited the group to open his annual charity concert House Full of Toys. During the 2019 Little Ghost US tour, the band used their platform to promote local charities in each city they played.

On the occasion of the concert to be held on October 7 at the BitefArtCafe club, we spoke with the member of the Moonchild band, Amber.

We know you all play several instruments as well as produce your own music. With all that, you’re constantly on tour. How do you achieve all that? How do you manage to maintain your creativity?

We all do so many different things that we usually focus on what we need most at the moment. For example: before the tour, we spend more time practicing the compositions and all the instruments we need for the performance, then the tour follows, and then we return to practice and the challenge of preparing new material.
Each of us brings some material to rehearsal that later becomes a Moonchild song. To keep us creative, we all work with many different artists and participate in many other projects individually. Walking, spending time in nature, listening to records, going to concerts, and spending time with family and friends help us maintain a creative spirit.

Considering that you have been on the music scene for 10 years, how has your music developed during this period?

We grew up with music all our lives. Our musical taste has expanded in different directions, our knowledge of ourselves and what it means to collaborate has deepened, we’ve learned new instruments and production tools and met so many amazing and inspiring people along the way – all of this has an impact on what we create. . I think that our development and progress can be heard from album to album. We’re always in the mood to learn new things to keep our creative process going, so with each album comes new sounds and explorations.

We have been hit by a major world crisis. During the isolation, artists tried in different ways to bring hope and positive energy through social networks. What do you think is the importance of music and culture in society and has anything changed in the music and event industry during the epidemic?

Music is healing both for the listener and for the creator – when artists are honest with themselves, and thus create, I think that the exchange of healing happens naturally in the most beautiful and powerful way. A lot of cooperation has taken place during the pandemic and a lot of opportunities for cooperation have been created even though we are far from each other and I think that is very important.

We read somewhere that during your 2019 tour you promoted charities through your platform in the cities where you performed. Does this practice still continue?

– Yes! With the help of award-winning producer, writer, and journalist, Sofia Balin, we created the Starfruit Community where Sofia interviewed local organizations on stage and informed our audience about ways they can get involved and help. We hope to continue to connect our audience with the charity work taking place in their cities.

Mark the 7th of October in your calendars and join us at the club BitefArtCafe.