Of the mural ‘Fight, knowledge, equality’ 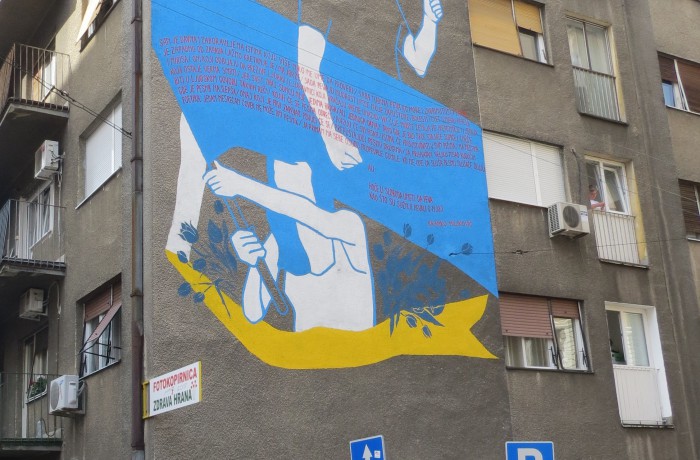 After conducting the research ‘The history of Belgrade murals’ in 2011/2012 one of the important conclusions KURS Association made was that there were no murals in Belgrade that depicted the history of the worker’s movement and the anti-fascist struggle. A lone example is a 1977 mural painted on the wall of SKC Belgrade, called ‘Unity and Solidarity with the People of Latin America’, painted by a group of artists from Chile, ‘the Brigade of Salvador Allende’, in collaboration with local artists.

For the creation of sketches, KURS has, as in the previous works, been using archival segments and historical information upon which it constructed its collage composition. The mural was based on the cover page of a flyer, ‘Young Laborer’, which dates back to 1923. Two figures dominate the whole composition, one male and one female, walking forward and carrying flags. In the center, there’s a poem by Branko Miljković  ‘Everyone Will Write Poetry’ from the cycle ‘Critique of Poetry’. On the very top, there are two swallows carrying ribbons saying: ‘Fight, knowledge, equality’.

The authors of the mural are members of the KURS Association, Miloš Miletić and Mirjana Radovanović, and Martina Petrović, a student of the Faculty of Fine Arts in Belgrade, assisted during the painting of the mural. 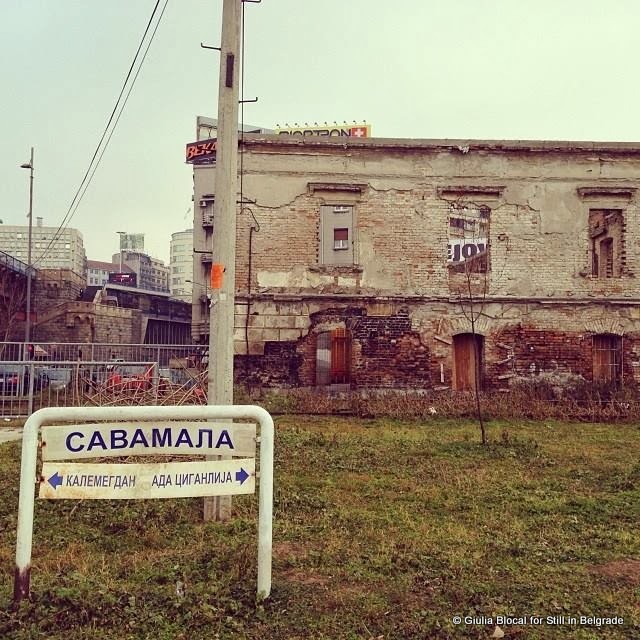