The Music of the Secret Society that Owns Belgrade 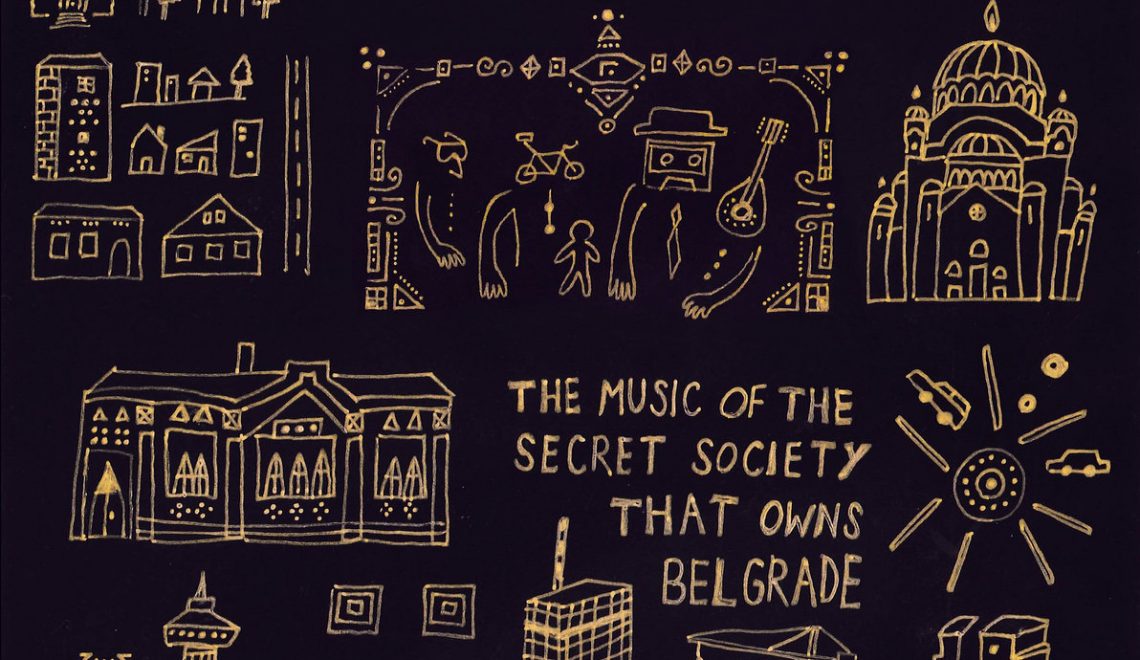 One-day festival with 10 live acts, celebrating the release of the compilation album “THE MUSIC OF THE SECRET SOCIETY THAT OWNS BELGRADE” (Inverted Spectrum Records 2018) will take place on the 25th of January at KC Grad.

“The Music of the Secret Society that Owns Belgrade” is a compilation featuring ten contemporary bands and solo musicians from Serbia’s capital and its environs.

The idea for this album started out with the aim of documenting the current scene of bands in Belgrade that play experimental, psychedelic and electronic music with an open-minded attitude, and which also preferably have some elements from styles local to Serbia or its geographical surroundings. However, the research has lead to the discovery that the most interesting bands that satisfy these narrow criteria constitute not that much of a scene, but they are structured more like a loose circle or a clique, consisting of a small number of musicians who know each other and play with each other in different combinations, although this is not very visible from the outside due to the many stage names and psuedonyms adopted by these people.

The musical styles featured here include: Surf rock based on Balkan pop-folk anthems, urban folk music with Greek, Macedonian and Serbian references, ceremonially improvised psychedelic rock, alternative rock with post-punk overtones, and electronic mutations of Yugoslav-era pop-rock tracks. It is meant to expose, promote and preserve a very interesting musical state-of-affairs happening now in the second decade of the 21st Century in Belgrade. When music historians of the future will be looking back to these times, “The Music of the Secret Society that Owns Belgrade” will offer them a package of some of the most unique music that was created in this part of the world.