New Looks of Hotel Yugoslavia and the Case of Kempinski 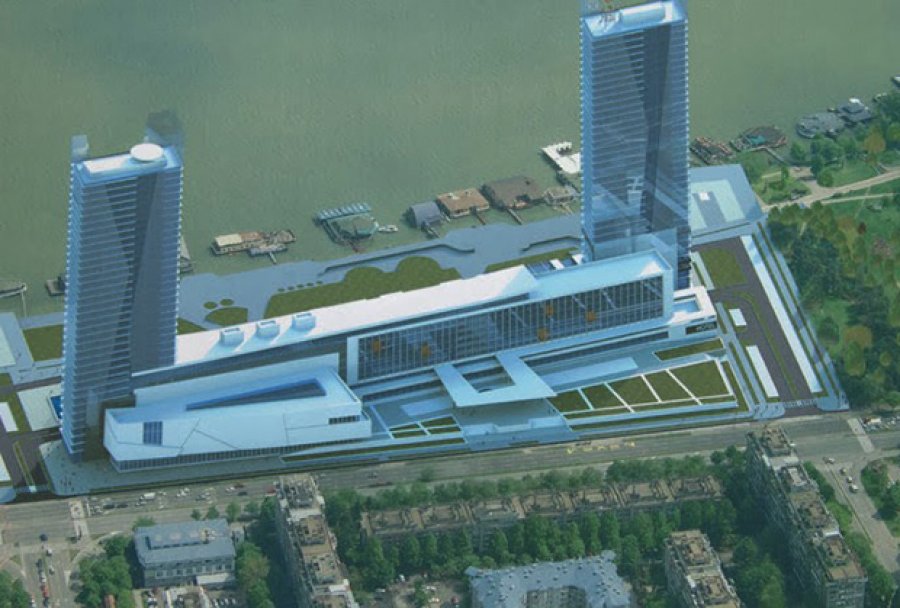 A detailed plan of regulations for the New Belgrade district and the hotel “Yugoslavia” has  finally been presented to the general public. The Greek investors are to construct 140 meters high buildings, which will operate as business and residential areas.

140 meter-high hotel consisting of two towers, together with the  commercial and residential building, and a shopping center in the capital are a part of the planned project for the city zone reconstruction, in the very location  where the  legendary hotel Jugoslavija is. Just a few days ago, the  plan mentioned above was put forth to public scrutiny with a detailed regulation of Block 11 in New Belgrade, between Nikola Tesla Boulevard, Quay of Liberation and Goce Delceva and Aleksinackih rudara Streets, all in preparatory stages for the whole new looks for the legendary hotel “Yugoslavia”. The reconstruction plan is to include the towers consisting of 33 floors and a new shopping center in place of the annexes that were destroyed during the NATO bombing of Yugoslavia back in 1999.

What used to be  the largest and ultramodern hotel in the former republic, with a capacity of 1,100 beds, now there are only a banquet hall, restaurants on the ground floor and a couple of offices left. After the reconstruction the hotel will again open its doors, but this time under the auspices of the “Kempinski”franchise.

According to the preliminary draft, the Greek investor “QS investment ‘ is to add two 140 meters tall  towers to the complex. The  high-rise to the north, in the extension of Goce Delceva district, will house offices,  while the second building will accommodate flats and suites to be used as  hotel accommodation.

While the “Yugoslavia” and “Grand Casino” will be able to spruce up their appearances whilst keeping their existing size, the demolished part in between the two annexes will undergo a complete change – and is to turn into a shopping center on three floors. Investors have a plan to build another business object next to the future hotel.

A luxury shopping center and a 33-floor residential tower, designed in line with the world’s highest standards, will make this complex complete and unique in the Balkans in many ways, After the  reconstruction has been completed, the hotel is expected to be a mixture of a first-class place for rest and a meeting place for business people. The project of reconstruction of ‘Jugoslavija’ hotel is currently in the pipeline during which  the necessary building permits are to be issued. This investment is worth between 120 and 150 million EUR.