New edition of “The Magnificent Seven” starts in February 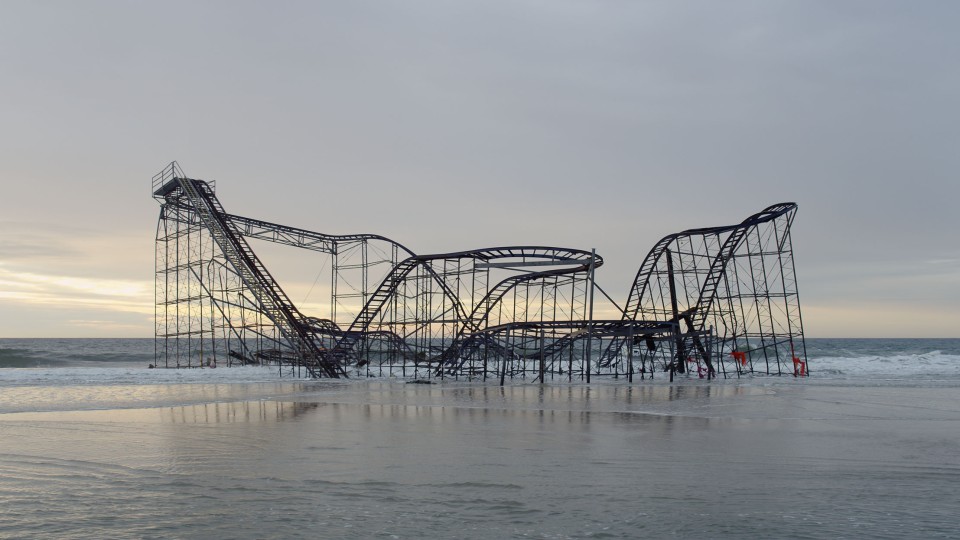 The popular film festival “The Magnificient Seven” starts from the 1st of February in Sava Centar in Belgrade.  In the year 2017 festival will showcase probably one of the most exclusive selection of documentaries in the European context.  Tickets can be purchased in the Sava Centar. Find more info on the website.

HELLO I AM DAVID! is a journey into the world of the outstanding pianist David Helfgott whose life inspired the OSCAR-winning film ‘Shine’

Austerlitz is a 2016 German documentary film written and directed by Sergei Loznitsa. It premiered out of competition at the 73rd edition of the Venice Film Festival. It deals with the holocaust through the eyes of the visitors to Nazi death camps.

Burning Out is literally a drama about life and death. For two years, the Belgian director Jérôme le Maire followed the members of a surgical unit in one of the biggest hospitals in Paris. Constantly under severe stress, understaffed and subject to severe budget cuts, employees fight each other for resources. Meanwhile the management imposes ever more stringent efficiency and profitability targets. All over Europe burnout has reached epidemic proportions among employees in the public and private sectors. Shall we end up killing ourselves? Or shall we be able to find meaning and joy at work?

Long careers are drawing to a close for John and Amanda, who teach Latin, English, and guitar at a stately home-turned-school, where they are legends with a mantra: “Reading. ‘Rithmetic. Rock ‘n’ roll!” But leaving is the hardest lesson.

The images could be taken from a science fiction film set on planet Earth after it’s become uninhabitable. Abandoned buildings – housing estates, shops, cinemas, hospitals, offices, schools, a library, amusement parks and prisons.  Places and areas being reclaimed by nature, such as a moss-covered bar with ferns growing between the stools, a still stocked soft drinks machine now covered with vegetation, an overgrown rubbish dump, or tanks in the forest. Tall grass sprouts from cracks in the asphalt. Birds circle in the dome of a decommissioned reactor, a gust of wind makes window blinds clatter or scraps of paper float around, the noise of the rain: sounds entirely without words, plenty of room for contemplation. All these locations carry the traces of erstwhile human existence and bear witness to a civilisation that brought forth architecture, art, the entertainment industry, technologies, ideologies, wars and environmental disasters.

Welcome again – for the 13th time – I am looking forward to sitting with the best audience in Europe in the huge hall of the Sava Center. A Cinema with a big screen and a good sound that give us the spectators a unique Cinema experience.

Because this is what you, dear audience, expect from the Magnificent7 – excellent films, Cinema quality.

I am now using the term Cinema for the fourth time to remind you that the documentary is Cinema. All right, let’s narrow it down a bit: the films we show at Magnificent7 are documentary films that deserve to be shown on a big screen with the  high quality image and great sound already mentioned. Contrary to the many TV programmes normally refer to as documentaries

Magnificent7 is the home for the documentary art form. Made by filmmakers who tend to think in images and sound – and have something important to communicate. Sometimes we forget that when we leave the cinema still absorbed in thoughts  about  what we had seen, it is because the topic has been dealt with in the language of the cinema.

2017 edition – I can promise you stunning but still compellingly calm and composed images through excellent camerawork.  Waffle you might think and you might not agree or love all the films to bits – boring it would be if we all thought the same, right? But I think you will agree that not many words are being said in the films of Sergei Loznitsa, Audrius Stonys and Nikolaus Geyerhalter. ”Austerlitz”, ”Woman and the Glacier” and ”Homo Sapiens” do sometimes give you tears in the eyes because of the beauty they communicate. It’s Cinema! Don’t just talk about it, show it!

Another buzz word I would like to use in describing this year’s selection is Creativity. I dare promise you that this year brings on homage to Creativity. Not only are the films creative in the treatment of their stories, but a couple of them actually have a focus on Creativity as well. That goes for Cosima Lange’s passionate journey ”Hello, I’m David” with David Helfgott, the legendary pianist and that goes for Miroslav Janek’s ”Normal Autistic Film” that a critic from Variety characterised as ”a beautifully crafted, intimate, and revealing observational portrayal of five youngsters with Asperger’s Syndrome”. The film shows these youngsters having great creative skills.

Remember your school time and the good teachers you had, who have one way or the other influenced your life as a grown up? The ones I remember are the ones, who were using their creative skills… precisely what the wonderful teaching couple from Ireland, John and Amanda, do and have done for decades at the Headfort School – they seek to get the best out of the students. They play theatre and music, they care! It is pure pleasure to follow them in the film by Neasa Ni Chianain and David Rane, ”In Loco Parentis”.

As a film it is equally mere pleasure to watch Jérôme le Maire’s dramatic, involved and observational ”Burning Out”. But when it comes to its contents, I am sure you will think and feel with the hospital staff: Something has to be changed in this place. As in many other hospitals in Europe, I can say the very same from Copenhagen.

Hello, I’m Tue – I am happy to come back at Magnificent7 in Belgrade. I hope you find the program interesting, cinematic and creative.