On the 7th of February at  42 “Venizelosova”street a new theater will be opened- titled as Le Studio. “Kroz prozor fabrika” (Over The window factory) is the name of organization who is in charge for this new project and opening of the theater. 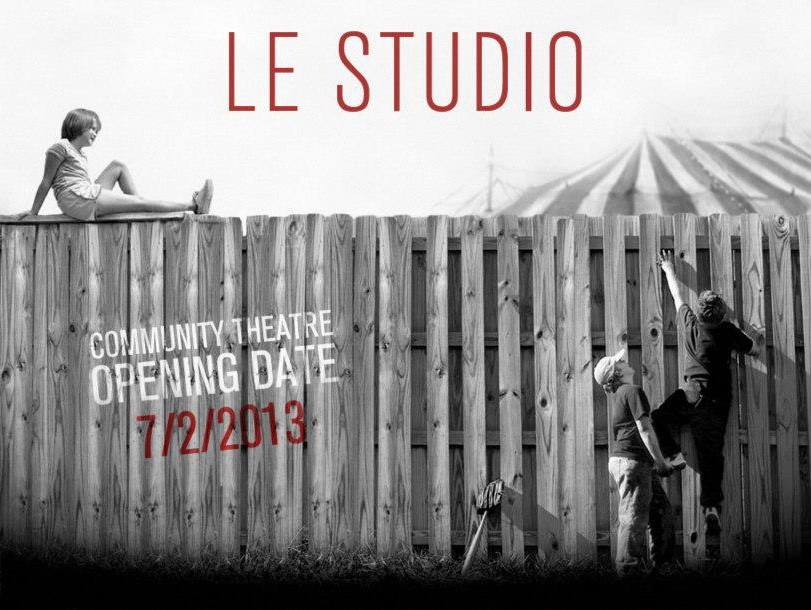 Through this organization has so far held in the same place acting classes, musical and acting in French (which will continue to do), and created plays performed by the theaters around the city. The space where classes were held is evidently small and it was seen as inappropriate for the theater scene. However, while organizing a theatre play named” One point something” (Jedan zarez nešto), this experience has changed. Certainly not the point that the area has increased. Some of the visitors, for lack of seats, placed the pillows on the floor (might seem inappropriate, but they soon has realized it is not). What has happened is that a more intimate atmosphere has been created. One where you do not feel uninvited to note actors that you don’t hear them well, if that’s the case or have the answer to a question, having the feeling that it just sets you and almost forgetting that you are in the theater. It seems that this may contribute to a difference between the play and the film, which can easily be overlooked. If this is the space where it is possible for the actors and the audience to interact in a way that together create the event in which both parties participate, each in its own way, it might be just the place where it is possible to create a different approach to theater – an approach that is different than going to the movies, from the silent screen viewing, an approach that asks the audience something.
Another interesting point that brought intimacy, illustrated by the fact that a part of the audience stayed after the show to talk with the artistic team. 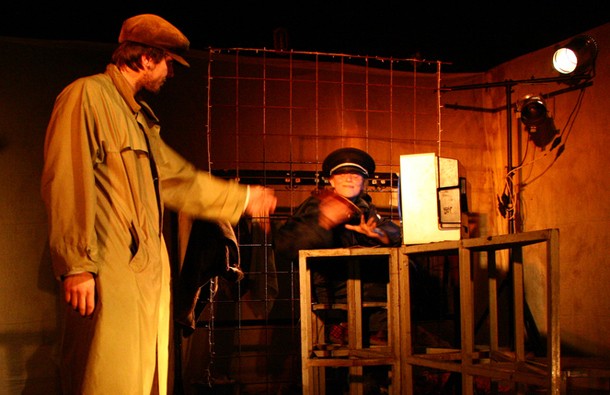 “One point something” speaks about the relationship between the past, its characters and the countries they came from. The story follows two characters growing up, members of the first generation that did not have the opportunity to wear a pioneer hat , but in addition shows a wider range of interpersonal relationships (their family, neighborhood relations…). Once the reality starts to shatter  children’s ideals, the way of their development will be changed. The question is how to accept the dashed expectations; problematize the relationship between ideals and reality.

Although there is a view of the political situation, speaking about the situation is missing. Background presence is articulated through the story of growing up. The intersection of social status is associated skillfully by produced metaphorical elements. An example is the scene where the girl noticed that her puzzle with a picture of a missing part of Yugoslavia – Slovenia. There was no pathos, the scene seemed more sincere and stronger.

It could be said that this play represents a disintegration on the family level, friendship and so on, and this in itself may not be bad or good, or may simply be one of those two. However, what is interesting is the relationship to address issues of the past and the future. In order to realize the fact that we are not “children who receive gifts that will be later understood” ? 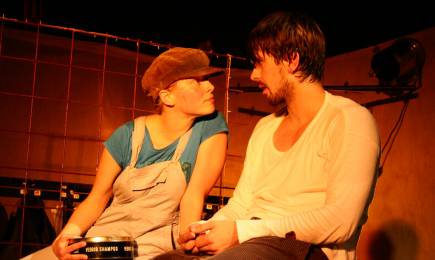 Be sure to book a ticket first.
The theater  is small (40 seats) so we recommend that you purchase the tickets in advance!