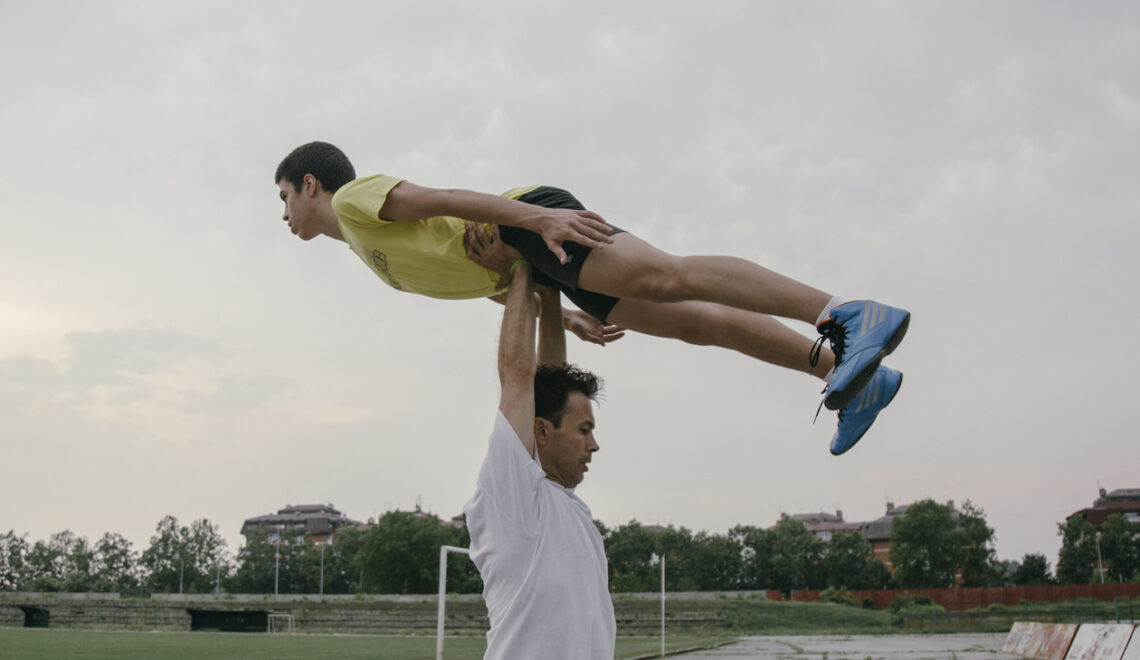 The fifth edition of Belgrade Photo Month will be opening on May 8th at Heritage House at 6 pm and in Balkan Cinema from 7 pm.

Lorena Ros is a three-time winner of the World Press Photography Award and one of the best Spanish photographers of the new generation. She will present the documentary series “The Unspoken” which brings together portraits and testimonies of victims of sexual violence.

Marija Ćalić will present a selection of images from the cycle “Calm Night”, the starting point of which is the writing of Samuel Beckett. The exhibition “Astronaut” will present the works of Matej Milenković, whose photographic series are accompanied by his poetic writings, which, along with the visual rhythm of the photographs, create a unity between images and words. Vladimir Živojinović, one of the most talented photographers of his generation, will present the project “The First Serbian Ski Jumper – From Hand-made Tracks to the Winter Olympics”, which accompanies the story of a young athlete who dreams of becoming the first Serbian ski jumper.

Also at this time, the exhibition “New Talents” will be opened. The international jury selected the best works that will be presented at this exhibition: Ljubov Rakshina from Russia (1st place), Maxim Matis from Belgium (2nd place), Kristina Sergejeva from Russia (3rd place), along with Nadja Repman, who has received the award for the best local project.

The second part of the opening of the festival will be held at Balkan Cinema from 7 pm. Solo exhibitions will be presented by Stephanie Pistel, Ines d’Orey, Ivan Blazhev, Karsten Kronas, Klaus Pichler, Milan Marković, Miloš Nešić, Miloš Tomić, and Olatz Vazquez, along with the group show  Made of Photos #2.

Stephanie Pistel will exhibit the project “Bucket List”, a collection of portraits of the famous ballet dancer Sergei Polunin. The portraits were photographed in California, Moscow and Belgrade. Stephanie Pistel is an internationally recognised photographer who has collaborated with many celebrities and magazines around the world.

Portuguese artist Ines d’Oray will present the work “Antre”, inspired by the composition “Mirror in the Mirror” by Arvo Pärt. Macedonian photographer Ivan Blazhev will exhibit the work “All Time Is All Time” inspired by Vonnegut’s novel “Slaughterhouse Five” about the bombing of Dresden. Karsten Kronas from Germany will present the series “Searching for Mr. X” in which he combines his own photos with photos of Mr. X from his stolen phone. Austrian artist Klaus Pichler will exhibit a series of photographs “This Will Change Your Life Forever”. For two years, this author immersed himself into the scene by pretending to be an esotericist fanatic, collecting material from forums and gatherings, and thus gained an inner view of the irrational world of esotericism.

“Within Cells Interlinked” is the work of Milan Marković on the topic of the interconnectedness between natural elements that are in the relation of correlation and causality, while Miloš Nešić will present a photographic performance “Cornered”, executed during the longest 84-hour curfew in Belgrade. Miloš Tomić will exhibit his work “Gentle Vandalism”, a very interesting collection created by manipulating and destroying old photographs.

The author of the project “Minbizia” is Spanish photographer Olatz Vazquez, who bases her work on her body. After a late diagnosis of cancer, she decided to document the changes in her life, body and emotions.

“Made of Photos # 2”, a series of works in which photographers experimented with the video format to show their photos, will also be exhibited at the Balkan Cinema.

In the days following the opening, there will be several more exhibitions from the Belgrade Photo Month programme.

The exhibition “Under the Light of the Sea” by Spanish author Espe Pons will open in the Princess Ljubica’s Residence on May 9th at 12 pm. On the same day at 2 pm in the gallery of the Graphic Collective, the audience will be able to see the works of Aleksandar Slavković “Serbia – Beautiful and Blind”, as well as the works of British artist Grebo Gray in his exhibition “Scratch Beneath the Surface”.

On May 10th, at 13 pm in the RTS club, the exhibition “Those Were the Waves of the NEW WAVE” will be opened, and from 5 pm in KC Grad, Luka Cako will present his works at the exhibition “My Eyes”.

The success of the festival is based on three strong pillars: the quality of the local photography scene, cooperation with art foundations, museums, galleries, and all foreign cultural centers and embassies in Belgrade, as well as contact and cooperation with other international events that give Serbian photographers the chance to present their works abroad and also brings foreign photographers to Belgrade.