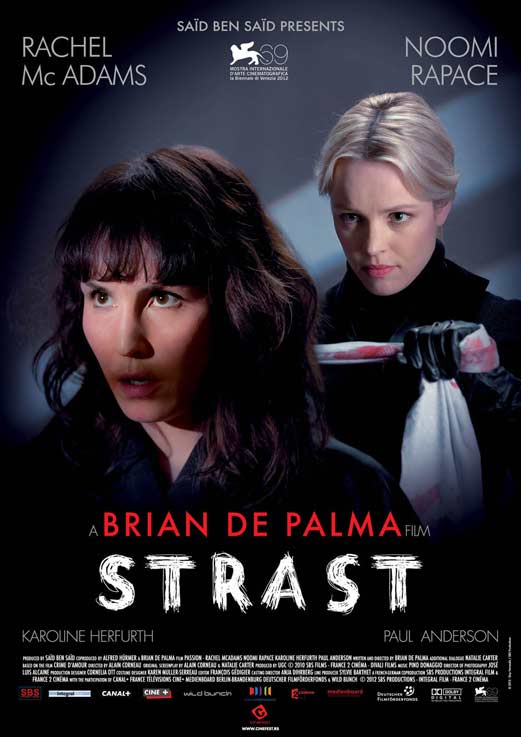 From the 9th of May in Belgrade Cinemas

An erotic thriller in the tradition of Dressed To Kill and Basic Instinct, Brian de Palma’s Passion tells the story of a deadly power struggle between two women in the dog-eat-dog world of international business. Christine possesses the natural elegance and casual ease associated with one who has a healthy relationship with money and power. Innocent, lovely and easily exploited, her admiring protege Isabelle is full of cutting-edge ideas that Christine has no qualms about stealing. They’re on the same team, after all… Christine takes pleasure in exercising control over the younger woman, leading her one step at a time ever deeper into a game of seduction and manipulation, dominance and humiliation. But when Isabelle falls into bed with one of Christine’s lovers, war breaks out. On the night of the murder, Isabelle is at the ballet, while Christine receives an invitation to seduction. From whom? Christine loves surprises. Naked she goes to meet the mystery lover waiting in her bedroom…