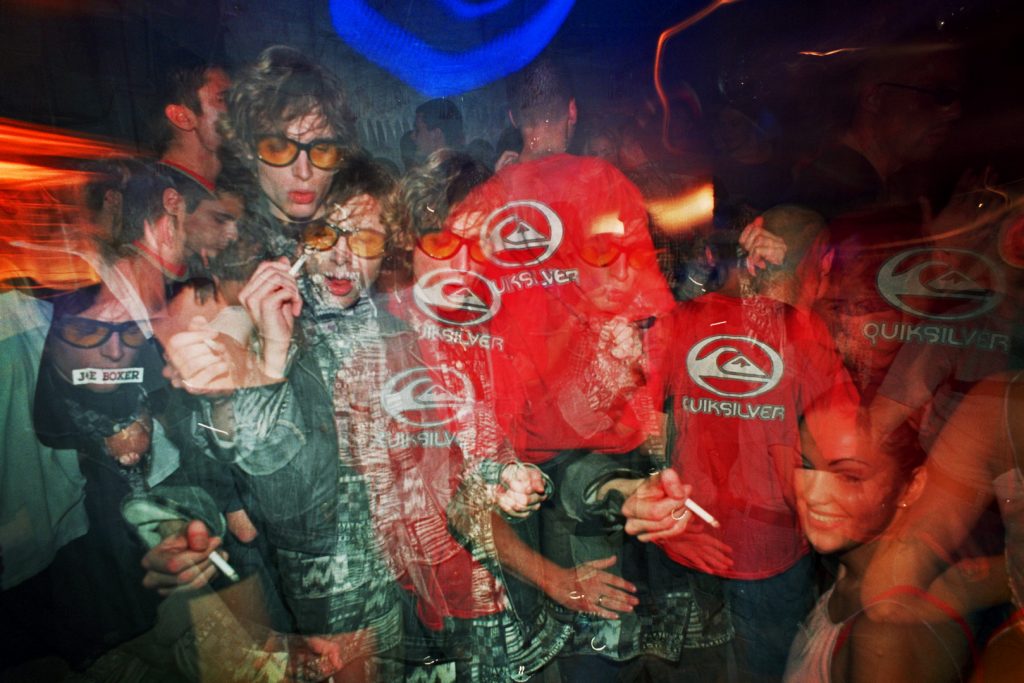 Belgrade club “Industrija” was the birth of the techno culture in Serbia, and the most interesting fact is that this phenomenon occurred simultaneously with the creation of the techno scene in Europe and the world, in the context of wars, sanctions, inflation, poverty, and widespread destruction of the urban culture in the 90 ‘s. 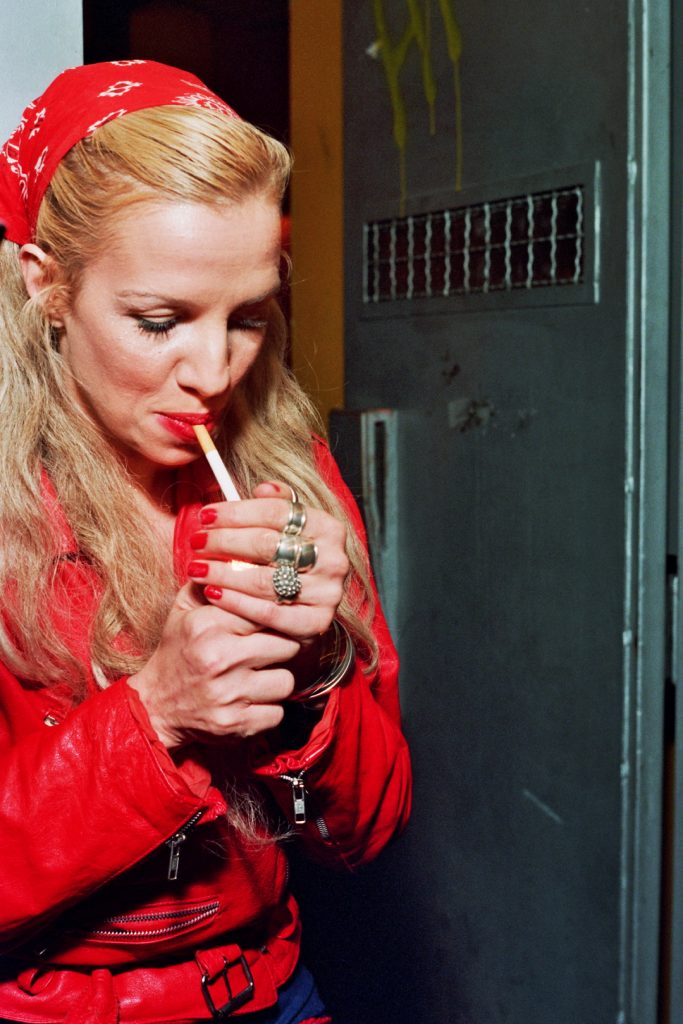 “Altered states of our lives in Srdjan’s “techno” photographs speak about the fervor of a generation matured in the bad 90’s fighting  to preserve normality of their lives. Those photos attack you with vibrant colors, twisted characters of Belgrade nightlife, superstar DJs and scenes of hedonism – in other words, a life in one released form. Is this really a mosaic of Serbia in the last century? Of course not!”

Techno in Belgrade was a kind of cocoon wherein urban and life communication took place in the vulgar onslaught of cruel politics to which our lives had no influence. Serbian “techno clubbing” was a slum hedonistic paradise of the lost generation of children who entered puberty during the Eighth Congress and whose lives are practically carried out in the quantum of distorted reality, from which people wanted to escape. Struggling with TV pictures, closed borders, violence on the streets, the culture of death – it’s becoming a world of strangers on the weekends, when people sank into the parallel techno paradise where God is a DJ, and we are the angels, without exception. Exclusive territory that wasn’t ruled by earthly laws entered Srdjan’s photography. Out of it emanates pulsating strobe, repetitive electronic beat, the laser beam and the gospel of techno ecstacy. Skewed and  frozen faces speak mostly about how deep devotion and faith were in one almost religious dimension, hoping to escape from reality. This Kingdom of God speaks clearly about how we were  in the certain moments away from Serbia and from ourselves, and how good it felt.

Today, when techno with less success resists attacks of everyday life, these photographs remind us of some moments in which not only Belgrade was the world, but we were the people willing to take more out of life in that time when it wasn’t offered nor allowed. Tickets  to the temporary Heaven highlights are gone, it only depends on us whether we save our lives again in the same way we had already done. At least from the dusk till dawn. ” wrote Gordan Paunovic in 2001. 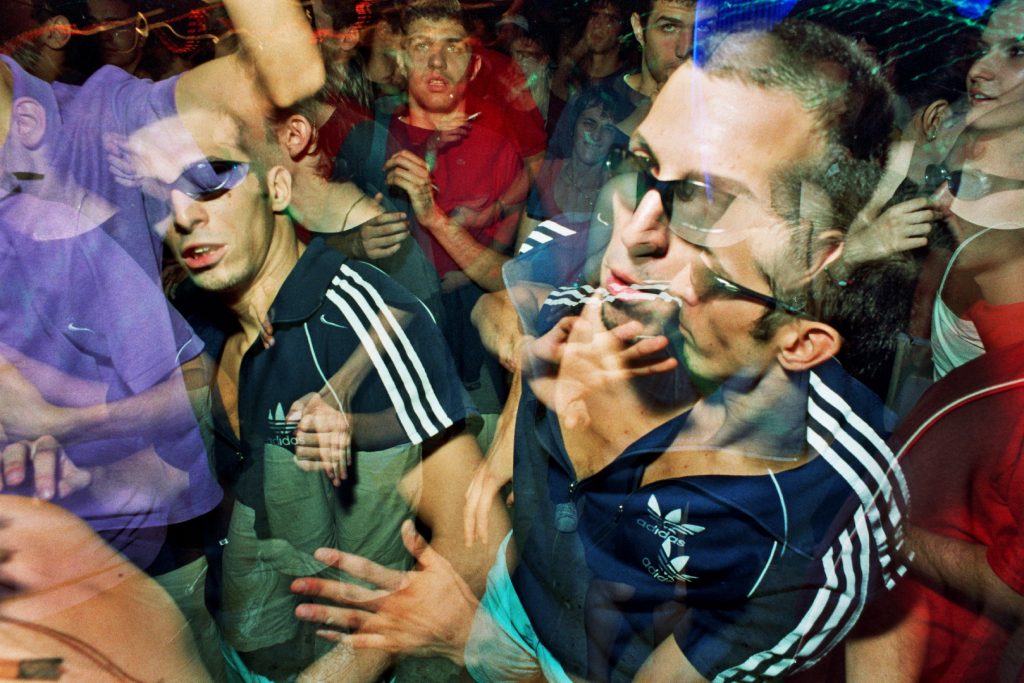 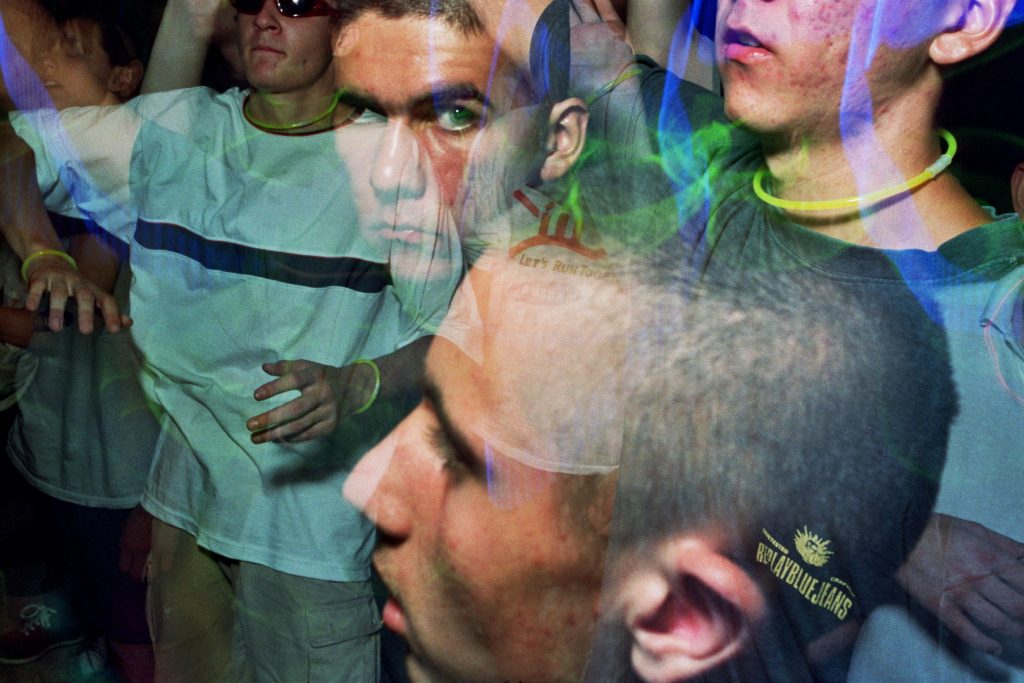 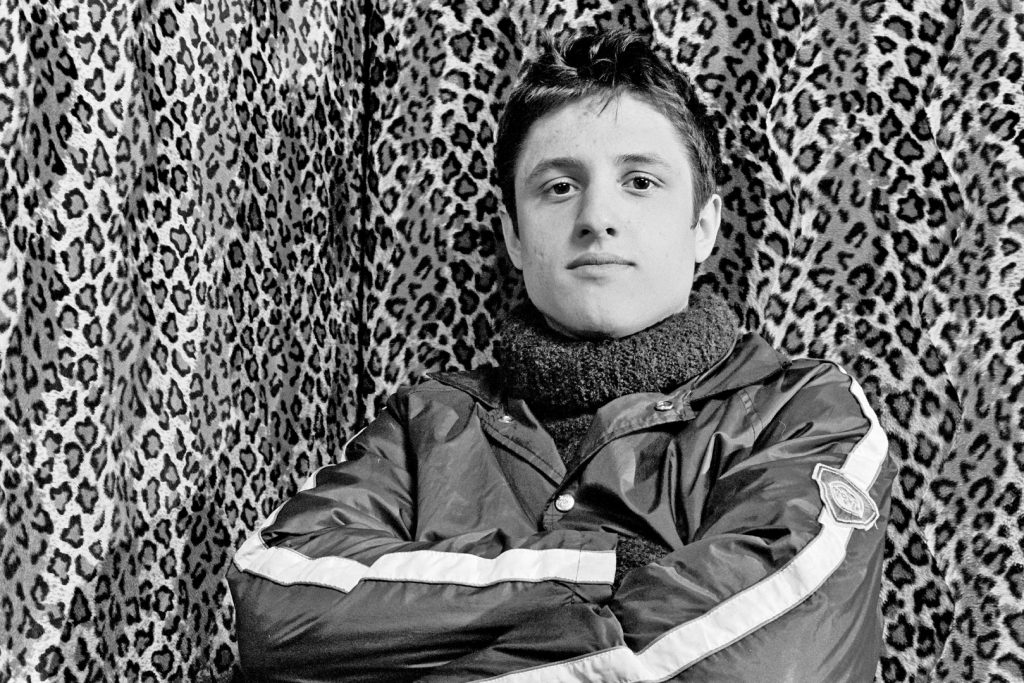