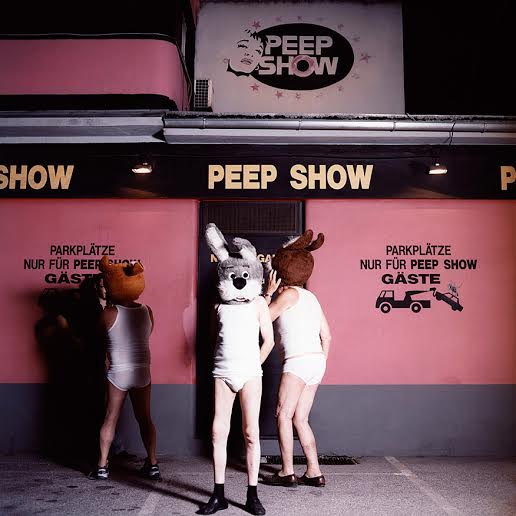 Verena Prenner is a photographer from Austria. She finished her master in sociology in 2013 with a thesis titled “Heaven on Earth – sex workers in the field of tension between social stigma and necessary service”. An interview series with sex workers in brothels and whorehouses in Austria linked and analyzed with so called “system-theories”. In addition to the thesis she implemented together with the photographer Stefan Weninger a photography series with prostitutes in the Viennese red light district. After that she was working in refugee camp in Palestina. There, she was working on an artistic photography project combined with an interview series with taxidrivers. The project was funded by the Federal chancellery of Austria, the City of Linz and the State of Upper Austria. Same time, she was working with a palestinian photographer shooting muslim weddings and writing weekly articles in her column “Notes from the Middle East” for an austrian newspaper. Articles about society, culture, art and life with and without the conflict. And now she is coming to Belgrade to present her project “Anthropomorph”.

Verena Prenner conveys very playful and humorous personal views within her work, communicating ideas and reflections on the society. For the Series “Anthropomorph” she worked with amateur models – mostly men aged between 20 and 80 years – which were recruited by advertisement in a local newspaper or approached locally in the streets and encouraged to participate.

The models were asked to wear a white fine rib underwear as “uniform” to draw no conclusions about their individual social class and origin. Depending on the project idea and the public location the models carry different masks on the face.

The idea of masks is echoed in all her works. Starting from a sociological point of view, the individual human being has to overtake permanently different roles in order to remain a functioning member of the society. These roles can be seen as masks behind which the “real” person hides. Ultimately, the question remains: “When is the human really oneself?” 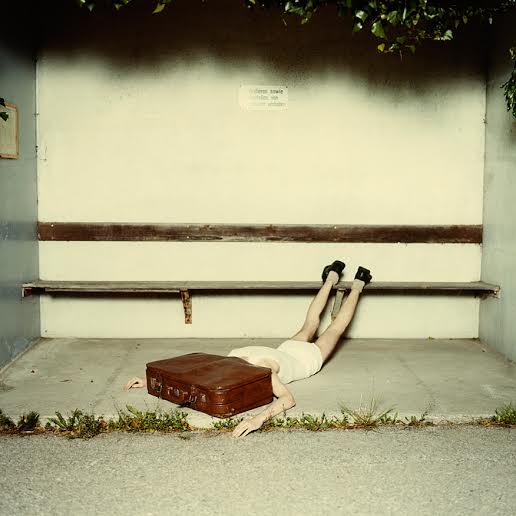 By definition, anthropomorph is described or through of as having a human form or human atributes, a stylized human figure which is not actually a human being but just an imitation.

Our true identity is often hidden behind different masks we wear and roles we play in our social lifes. The whole life we assume different roles even that roles may often not really be who we truly are, trying to fulfill conventional social rules.

In the series Anthropomorph Verena refers to this specific social phenomenon, showing how grotesque can be our attemptions to be something that we are not  by hiding our true selves behind false masks which we wear in everyday life. We made our falsely world and wear our masks to shield ourselves from being wounded by others, to protect our emotional territory, and prevent others from getting too close. With this kind of shield others just simply deal with our false front while the real person is hiding in the back. The modern man became almost just an imitation of real human being, we forget who we truly are, we are being forced to play conventional social roles and under all those shells remain confusions, aloneness, fears because we can’t manage in all that roles that society want from us to play. In pretending to be someone else there is a problem to lose yourself forever. We should be careful not to let the masks so mold to our faces because one day we wouldn’t be able to take it off without removing some own skin.

” Don’t be fooled by the face I wear, for I wear a thousand masks,

And none of them are me.

I give you the impression that I ‘ m secure, that confidence is my name

And coolness my game. And that I need no one.

But don’t believe me. Beneath dwells the real me in confusion, in fear.

That’ s why I create a mask to hide behind.

Who am I, you may wonder.

I am every man you meet, and also every woman that you meet.