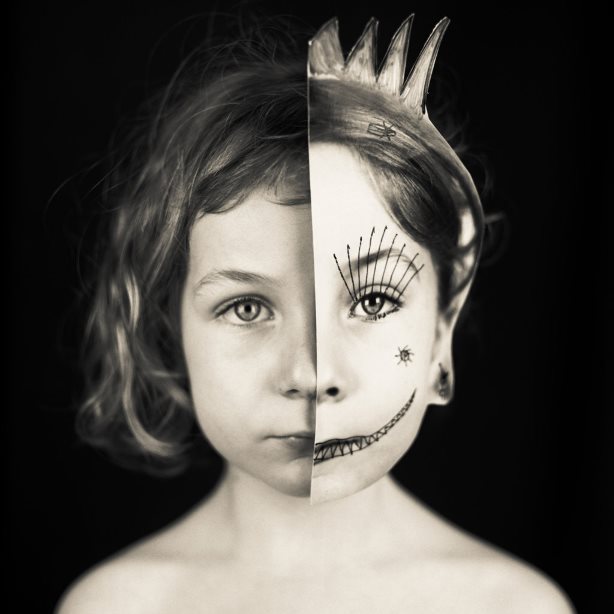 My artistry is an unfolding self-portrait.  It evolves with time, to the rhythm of my chance encounters and personal exploits.  What is life, after all, if not a spectacular performance?

The definition of the work of art is impossible to explain!

For me it must be personal, it must come from inside, it must be a need, it come from a source, but the source of this creativity is difficult to pinpoint.  Something makes me want to create, something natural and instinctive.  Something organic.

I made this serie at the level « first degree», like a naive person (or a child, or a clown) trying to illustrate a usual imaged expression.

I come from the entertainment world. I have been an entertainer for 20 years.

When I photograph my daughter, my own flesh and blood, I photograph myself. Her direct look has shaken my certainties. What I see in her eyes challenges me, as an adult, as a father.  She seems to be asking me : “What have you become?” When I portray my daughter there is a seriousness at odds with her young age. I try to evoke the adult’s desperate quest for the mythical image of his or her own childhood; the source of all our emotions.

After a distinguished career as an actor and acrobat, Granjon has spent the past few years pursuing his second passion: photography. His art focuses on two things: creative immersion in an imaginary world, and the idea of relationship to time and  childhood. He works in the traditional way, using film, collage, cut-outs and hand-coloring.