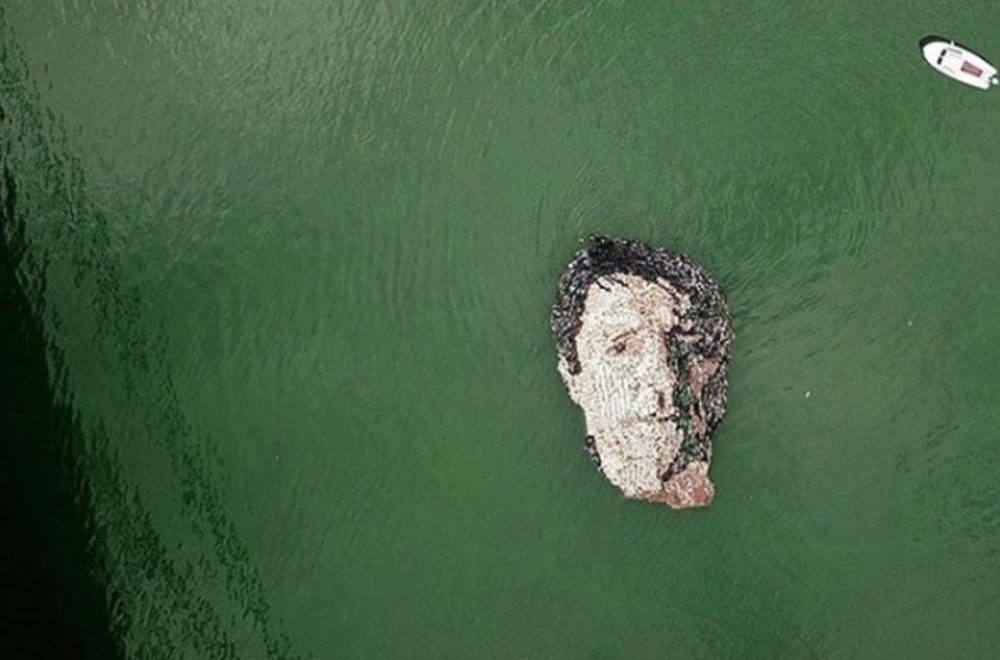 Pijanista (Eng. Pianist ) a Serbian-born street artist has created an unusual portrait made of 4000 plastic bottles that float on the surface of the river. His inspiration was a well-known local journalist Jovan Memedovic who runs TV shows called Sasvim prirodno and Svet lova i ribolova where he deals with environmental issues.

Pijanista has been already known for creating huge murals in Lower Dorcol and other urban neighborhoods of Belgrade, as well as for painting on the walls in smaller Serbian cities.

His works are often inspired by famous and respected people from Serbian culture. One of his most famous artworks is a mural of tennis superstar Novak Djokovic, which is depicted on the clay tennis court.