KING OF NEO-DISCO ❯❯ TOUCHED BY THE HAND OF TODD ❯❯ Mastermind producer and synth wizard,Todd Terje, will be joining us as our second headliner for an exclusive Dj sci-fi set on Sat 13 June and support from many more acts.

Following a string of celebrated releases leaning on everything from kitschy euro sounds to deep funk and latin jazz, the relatively new to the scene Todd Terje has already made his mark within dance music circuits. Gems such as the cheese monster “Eurodans” and the latin disco-fuelled edit of Jacko’s “Can’t Help it” under his Tangoterje edit-moniker instantly made industry types and clubbers alike go bananas, and whatever the Norwegian puts his fingers on, it always comes out with that crucial blend of musicality and playfulness. Besides working on his own projects, Terje’s played on some of Prins Thomas’ tracks, and not to mention his remix of the Lindstrøm 12″ “Another Station”. Is it house, funk, techno or disco? Terje speaks of catchy rhythms, dubby sounds, dreamy synth layers, cinematic moods, a playful approach and searching for that one nerve when asked to describe his music, and the resistance to being pigeonholed is obvious.

Orbital, made up of Brothers Phil and Paul Hartnoll, are the pioneering electronic duo that defined the sound of ‘90s rave. Recording the seminal track ‘Chime’ on their dad’s cassette deck, they shot to rave stardom with their self-titled debut album in 1993, riding high in the UK album chart for fifteen consecutive weeks. Rated as one of the top 50 gigs of all time by Q Magazine, their 1994 Glastonbury show was televised on the BBC and is now seen as responsible for pushing dance music out from the underground and into the mainstream.

Orbital’s epic career has seen the release of nine innovative studio albums. Career highlights include their two self-titled releases, alongside 1996’s ‘In Sides’ and 1998’s ‘The Middle Of Nowhere’. Since the turn of the millennium, the band’s members have taken several breaks to pursue multiple solo projects – 2017 saw their most recent comeback, with the release of new single ‘Copenhagen’ and a return to the live circuit. Their performances at the Manchester O2 Apollo and the London Eventim Apollo sold out in record time.

Orbital’s latest release, ‘Monsters Exist’, offers more of the mind-bending rave and electronica that has earned them a devoted following across the UK and beyond over their illustrious 30-year career. Phil and Paul are returning to the stage in 2018 & 2019 to showcase their acclaimed live show, an ecstatic performance that features the greats from their catalogue, reimagined and reinvented for a new live experience.

IN BICEP WE TRUST ❯❯ FEEL MY BICEP ❯❯ House music heroes, BICEP, are your next headliners on Sun 14 June delivering a stunning and innovative electronic soundscape with their exclusive live set!

As producers, DJs, label founders and avid record collectors, the London-based Belfast-born duo Matt McBriar and Andy Ferguson have become two of the most trusted curators of electronic music in the past decade. Their signing to Ninja Tune in 2017 saw them make their most concise, articulate and daring musical statement yet, with the release of their debut self-titled album. The LP—which reached the top-20 in UK charts—was lauded by the likes of Pitchfork, NPR and Mixmag, who picked it as album of the year and put them on their front cover. It achieved that rare balance, working as well at home as it does on the dancefloor. A series of well-received singles, including ‘Glue’, ‘Rain’ and ‘Vale’ reinforced their ascendance and a remix of ‘Opal’ by iconic producer and DJ Four Tet made for one of the year’s big dance 12”s.

They debuted a new live show in 2017, which has graced some of the most revered festival stages around the world including Glastonbury, Coachella, Sonar, Pitchfork Festival and Primavera, as well as sold out headline shows across the UK, Europe, North America and beyond; culminating in a triumphant three-night sold out run of shows at Printworks at the end of 2019, the finale of which was recorded by Resident Advisor for their ‘RA Live’ series. Following the announcement of their first live performances in over a year at London’s O2 Academy Brixton on 27th and 28th March—both of which sold out in a matter of minutes—and ahead of their first headline UK festival appearance at Field Day in July, Bicep will head out across the UK and Europe this April to perform their stunning, immersive live show. Bicep are also ambassadors for Youth Music, a charity that works to change the lives of young people through music and music production.

With their debut album, Night Drive, the four-piece band from Portland, Oregon caused quite a stir presenting us with wonderful melancholic melodies, spheric synth sounds and hypnotic vocals. With a cover of Kate Bush’s “Running Up That Hill”, the band simultaneously revealed a closeness as well as a distance to genre-coining musicians. Scattered guitar reverb and deep synth parts are key elements of the new Chromatics record which lead the band to the darker side of Dreampop – and we’re gladly following them down that path. Seeing one of their acclaimed live performances particularly highlights the bands’ rich sound cosmos.

In March 2012, Chromatics released their album Kill For Love, securing their role as a landscape-defining band and earning a place on many publications’ year-end lists, including Pitchfork’s top ten albums of 2012. Gorilla Vs. Bear called Kill For Love their number one album of the year. Various songs from Kill For Love would eventually be featured in television shows such as Mr.Robot, Riverdale: Season 1 (Original Television Soundtrack), Bates Motel, Gossip Girl, Parenthood, and 13 Reasons Why (A Netflix Original Series Soundtrack). 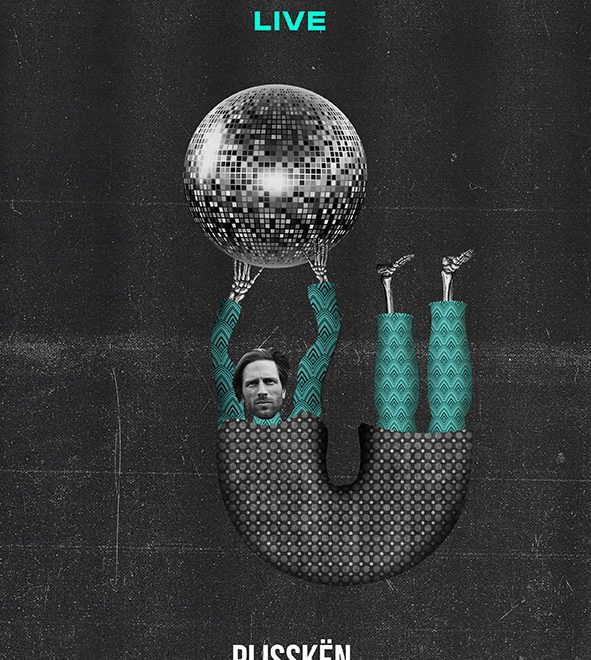