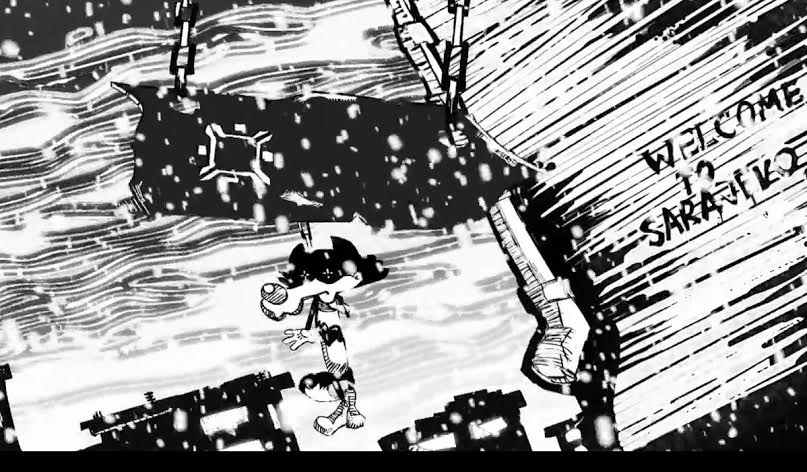 Berin Tuzlic, award-winning animator and comic artist from Bosnia and Herzegovina, will be presenting the local audience the latest animated film “Requiem for Pinocchio” on Friday, April 8 at 20 am, in the UK Parobrod in Kapetan Misina 6a St, Belgrade

The latest animated film animator and comic artist from Bosnia and Herzegovina Berin Tuzlić, was nominated at the prestigious Cannes Film Festival. The film was co-produced by Via Media from Sarajevo and Taurus production in Podgorica and presents in a complex way a common theme of the child who seems to always find a way through humour  to escape  the mouldlike stereotypes. Indoctrination at an early age is the subject of this sentiments- filled  film that toy Pinocchio symbolically found itself in the leadIng role.

“Requiem for Pinocchio is an emotional story that reminded me of the beginning of the war, and my feeling of a child that the world suddenly changed overnight – the symbolism of Pinocchio who survived the Bosnian chaos only to die in Paris. This is interpreted as the fate of all of us – We survived the war, but we are in some way ‘dead’, that part of us is still murdered and that we become aware of when you least expect it – maybe just in the peace and quiet of a European metropolis, “said the Tuzlic.