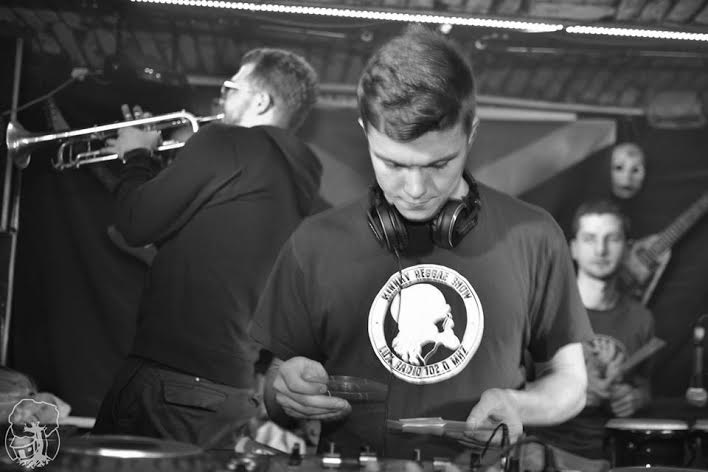 Association of non-aligned artists announces new music event in village of Vinca, on Saturday, 6th of June, at Exospace summer stage in village of Vinca. Promotional event of “Regeneracija Dunava” music festival will gather six artists from four different Serbian towns, while audience can expect plenty of hiphop and reggae artists on stage and unforgettable experience by the river Danube until late night. Announced artists include famous hiphop dj and turntableist Dj Doobie, hiphop group Still Underground from Zemun, reggae artists Ital Vision from Belgrade, Natty Riddim & DJ Ru from Smederevo, and Shubba Ranks from Novi Sad. This event at Exospace cultural center is an introduction to music festival that will be held in Backi Monostor, by the river Danube, between 19th and 20th of June, with likes of Ras Victory, Zion Crew, Raggalution, Kal, Madred, Zenicafaria, Natty Riddim, Gigatron selecta and many more artists from all around the region.

In past year, creation of autonomous cultural center Exospace gathered young artists from all around the Balkans, and upcoming events will bring together even more new guest artists. Autonomous cultural center is located at street Nikole Pašića number 98, in proximity of archeological site Belo brdo, in village of Vinca. Visitors can reach the venue by bus, car, bicycle or boat. Entrance to promotional event is free for all visitors all the way until 22h in the evening.

Ital Vision sound conquered stages of many festivals around the region, from Trenchtown, Etnofest, South Vibes to Exit. Their music journey started around 10 years ago, and until today, they collaborated with artists such as King Original, Heartical, Errol Bellot, African Simba, Zafayah, Dublinerz, NRG_D, Mistah Boogie, Irie Revolution and many others. They promote socially aware reggae music and traditional singjay toasting.

DJ Doobie selektah aka DJ Magic is DJ is known for finest vinyl selections of hiphop and reggae. He is one of the pioneers of Serbian hiphop scene, and is one of the most talented turtableists in Serbia. So far he made guest appearance at dozen of tracks, including those of artists such as Voodoo Popeye, Suid, Lider, Hornsman Coyote, Still Underground, Juice and many others. His first event at Exospace is dedicated to all true hiphop/turbatableism fans.

Still Underground is hiphop/hard core music group that is active in local scene for one decade. Freeday, State One and Ema have performed all around Serbia, sharing stage with artists such as DJ Doobie, Prtee Bee Gee, Luccano Hill Finger, DJ Seven and many others. Some of their releases include “Rođeni vođa”, “Get down” and “Jump”. Das FX, B Real, Brotherhood. This 6th of June, expect nothing but rough and tough live concert by Still Underground.

Shubba Ranks aka Superstar selecta is Novi Sad native and reggae dj. He started his career in 1999, and so far he performed at festivals such as Trenchtown, Exit, Ritual fest, Seasplash. Shubba is passionate vinyl collector, and besides deejaying in past few years, he also hosted a reggae radio show in his home town. As a perfect introduction to summer season at Exospace, audience can expect roots reggae, rub-a-dub and dancehall.

Strahinja Pantić aka DJ Ru is young deejay coming from Smederevo. So far he performed at dozen of events all around Serbia, alongside Jahmessenjah sound, Natty Riddim sound, Jah H and many more. This will be his first dj show at Exospace. Audience can look forward to enjoyable reggae selection.