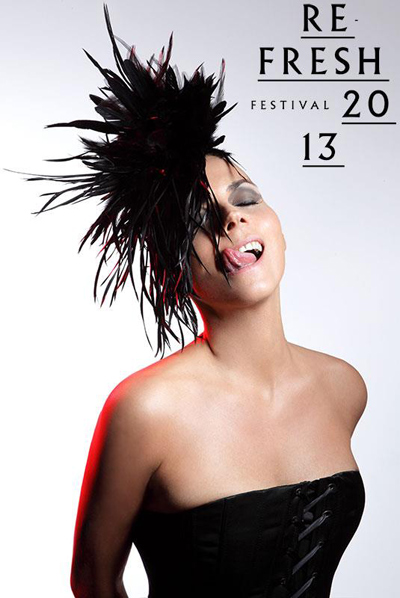 The thrilling opening night of the Refresh Festival this summer is prepared by four ladies, princess of German deep house and a founder of Berlin’s “Mobilee” Anja Schneider, “Bass junkie” Hannah Holland, the new hope of the international DJ scene Mama and American Lady Blacktronic. Refresh festival will be held from the 8th to 10th of August in Kotor Maximus discotheque and it will again bring three days of great entertainment with some of the most significant names in electronic music industry.

After dancing until the morning on the first night of the festival, which will dictate the rhythms of ladies, the second night of the festival on the 9th of August will present Helmut Geier, aka DJ Hell, one of the most popular DJs in the world. DJ Hell is next to superstar Sven Vath known as the best German dj, and his name stands behind the success of artists such as Fisherspooner or Miss Kittin. On the list of his associates are artists as P.Diddy and Grace Jones and many more.

On the third night, on  the 10th of August arrives Arno Cost, author of mega hits “Magenta” and “Cyan”. DJ who has became a symbol of the major clubs, festivals and events worldwide. His talent and work has been recognized by David Guetta, Pete Tong, Sebastian Ingrosso, Bob Sinclar, Ian Carey, Tom Novy….

Innovation of the festival this year will be the new Fresh stage, which will present the names of the local clubbing scene, including 2beat or not 2beat, Rex Regis, Charlo, Felony Flats, Beat at Joe’s, DJ Cule, Montech, GileRZ, BeGood.

This festival traditionally brings together the best of the Adriatic DJs and great audience on the seaside. Over the past six years, Refresh is visited by over 100 000 people, and has hosted more than a hundred artists from around the world. An impressive list of DJs who performed in Kotor contains artists such as: Sharam Tayebi (Deep Dish), Hernan Cattaneo, Ian Pooley and Dave Clarke, Carl Craig, Bob Sinclair, Steve Angello, Dave Spoon, Nick Warren, Martien Ten Velden.