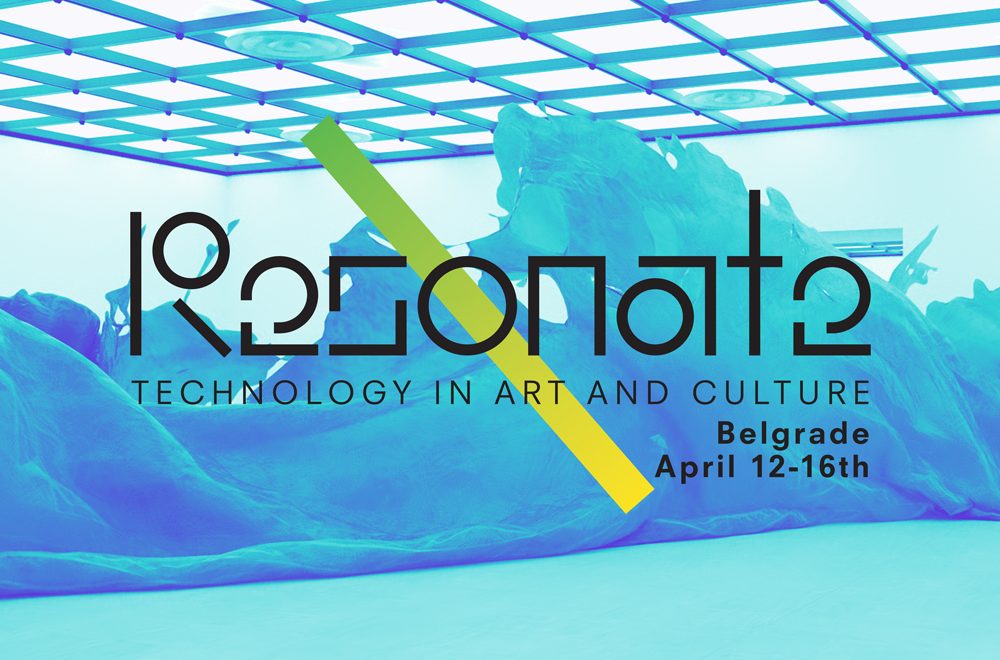 Resonate 2016 is celebrating its 5th anniversary this year and is to take place in Belgrade, Serbia, from 12 to 16 April. During the 5 days of the event , Resonate will provide an overview of the current situation in the area of music, visual arts and digital culture. Guest artists, lecturers and other participants will be selected to represent the cutting edge  contemporary creative industry in the world. Resonate 2016 will host the very first We are Europe events.

From April 12th to 16th, the Serbian event dedicated to visual arts and digital culture will invite the Todays Art and Nuits sonores festivals and their reflexive parts, European lab forum and Bright Collisions to explore the dynamics and the creativity of European culture. It will be an extensive program of visual arts and music performances, expert seminars, workshops and talks. ‘We are Europe’ gathers and pools the energy of eight European events, both festivals and forums, supporting European culture, upholding high artistic standards, cultural innovation and creation. This common project aims to develop a prospective European vision of electronic and digital cultures, cultural entrepreneurship, innovation and new technology.

He was also the driving force behind the creation of the digital hardcore subgenre and the record labels Digital Hardcore Recordings and Eat Your Heart Out. He also recorded several albums for Force Inc.’s experimental sub-label Mille Plateaux, including „Generation Star Wars“ (his first full solo album) and „Low on Ice“, which he recorded solely on his laptop during a three-day tour of Iceland with ATR in 1994. Visionary „Low on Ice“ is the album whose anniversary we celebrate together on this event!

HOLLY HERNDON (performance 16.4 at Dom omladine Beograda) Holly Herndon is an American composer, musician, and breakthrough sound artist based in San Francisco, California. She is currently a doctoral student at Stanford University studying composition. Her work as a composer is primarily computer-based and often uses the visual programming language Max/MSP to create custom instruments and vocal processes. She has released music on the labels RVNG Intl and 4AD, and her most recent full-length album „Platform“ was released on May 19, 2015 to worldwide acclaim of the critics. On the other side of pop music, but still being incredibly pop, the album explores a complicated relationship with technology, and includes a track entitled „Lonely at the Top“ that was inspired by and is intended to trigger Autonomous sensory meridian response (ASMR).

PIERRE BASTIEN (lecture 12.3 at Kinoteka, performance 13.3 at Dom omladine Beograda) Pierre Bastien is a visionary French musician, composer, and experimental musical instrument builder. He began putting together mechanical-based musical instruments at an early age, using items such as metronomes, cymbals, and pulleys. In 1977 he began cooperating with Pascal Comelade and composing music for dance companies. He performed in ensembles such as Operation Rhino, Nu Creative Methods, and Effectifs de Profil. In 1986 he established his own orchestra, Mecanium, composed of Meccano machines which play various instruments, such as Chinese lute, Moroccan bendir, Javanese saron, koto, and violin. These machines were often driven by the rotation of old turntables. By the 1990s Mecanium consisted of up to 80 machine ‘musicians’, and toured various art and music festivals, including events in Norway, Australia, Japan, Canada, Poland, and the United States. Bastien has collaborated with artists such as Robert Wyatt, Jac Berrocal, Jaki Liebezeit, Pierrick Sorin, Lukas Simonis and Issey Miyake. Dissatified with whatever had already been achieved, this sound art pioneer published the new album on Rephlex Records in 2012, in 2014 he made installations with paper as the main sound source, and in 2015 he came up with a new project called „Silent motors“ – two frames with wheels and gears that are beamed on a screen with an overhead projector. As they say: expect the unexpected.

DANIEL MILLER (lecture 13.4 at Kinoteka, DJ set 14.4 at Depo) Daniel Miller, the founder of legendary Mute Records, a true giant of publishing pop music history, first became interested in synthesizer music at Guildford School of Art where he studied film and television from 1968–71. By the end of the sixties he had become frustrated with rock music due to the lack of experimentation. Around this time he was discovering the sound of German bands like Can, Faust, Neu! and Kraftwerk – these bands were creating new sounds, something Miller wanted to hear. He worked as a DJ in Switzerland for a while before returning to England at the height of punk – he began listening to punk because of the energy and excitement of the music. He liked the whole do-it-yourself attitude that came with the style of music and later spilled over into the electronic music scene. Synthesizers were becoming cheaper to buy and new bands were emerging  such as Throbbing Gristle and Cabaret Voltaire, which inspired Miller to create his own music and start playing. To launch his music, he had to start the record label. The turning point for Mute Records came when Miller listened to a tape by an artist called Fad Gadget and liked what he heard. In 1979 Mute Records began releasing singles by Fad Gadget including ‘Back to Nature’, the follow-up to ‘Warm Leatherette’. Miller ran the label from his North-West London flat. Another early Mute signing was also the American artist Boyd Rice (NON), and later string of names that shaped pop music in the 80s and the 90s include seminal artists like Depeche Mode, Nick Cave, Laibach, Moby, Erasure etc.

MATTHEW COLLIN (lecture, 13.4 at Kinoteka) Matthew Collin is a journalist and author of several critically-acclaimed books including „Altered State, the original history of acid house and the British rave scene“, and „This is Serbia Calling“, about cultural resistance to the regime of Slobodan Milošević. His latest book, „Pop Grenade“, is an adrenalin-charged collection of report on a series of flashpoints in music and political activism from Public Enemy to Pussy Riot, Berlin techno to Turkish psychedelia. Pop Grenade has been described by Irvine Welsh as “an amazing collection of tales of inspirational courage and madness from the front line of popular culture”. At Resonate ’16, he’ll be discussing how music has been used as a political tool in the new media era by both freedom fighters and authoritarian governments. Matthew has also worked as a foreign correspondent for the BBC, Al Jazeera and Agence France-Presse, and as editor for The Big Issue, i-D magazine, the Time Out website and the Balkan Investigative Reporting Network. He has written for many newspapers and magazines, including The Guardian, The Observer, Mixmag, The Wire and Mojo. www.zero-books.net/books/pop-grenade Resonate Conference this year announces more than 20 lectures and 18 workshops. Resonate brings together distinguished, world-class artists, with an opportunity of participating in a forward-looking debate on the position of technology in art and culture.

Get your tickets at: http://resonate.io/2016/tickets 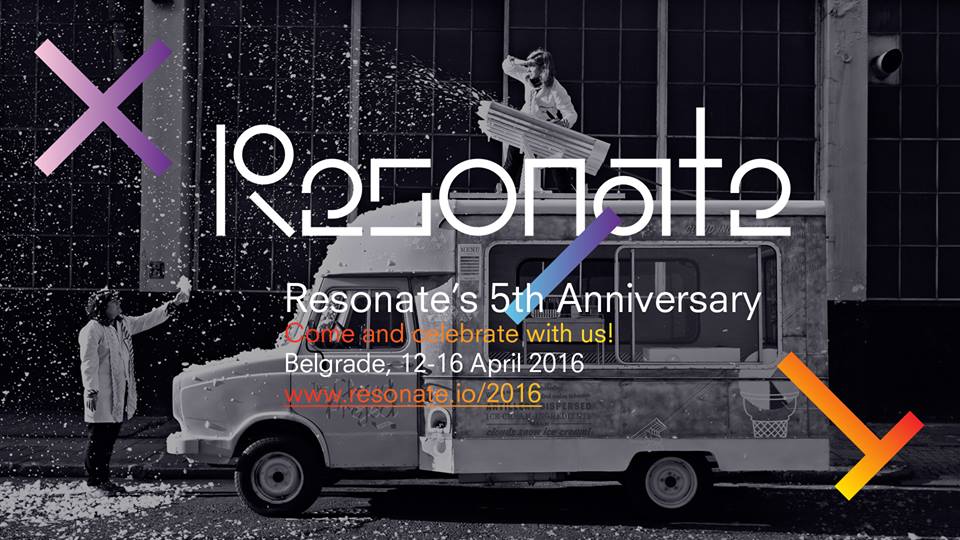