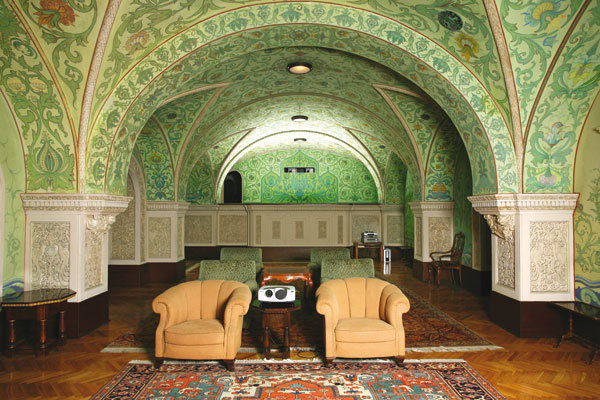 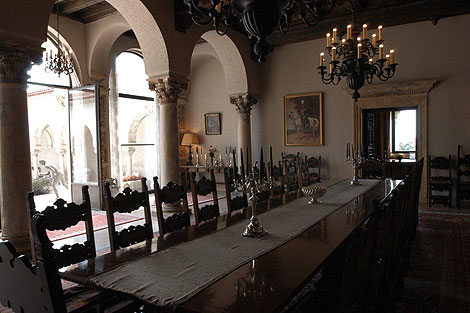 Belgrade, 8th of April 2014 – After the first tour organized for the media representatives, the Royal Palace is officially open for visits during the tourist season 2014.
Visitors of the Royal and the White Palace will get acquainted with the history, art and culture in a nice two-hour walk through the Royal Compound accompanied with professional tour guides. The tour includes visits to the magnificent Royal and White Palaces and the Royal Chapel dedicated to the patron Saint of the Royal Family – St. Andrew the First Called.
Every Saturday and Sunday from 8th April through 26th October regular tours will be organized at 10.30 and 13.30h. The entry ticket includes a round trip transfer by tourist bus starting from Nikola Pasic Square in Belgrade. The limit per group is up to 50 people. There is also a possibility to organize group tours during work days by previous appointment. Applying is mandatory. For all information and reservations, visitors must visit the Tourist Information Centre, Knez Mihailova 5.
Contact person: Mrs. Andjelka Vukovic
Tel. 011 2635-622 and 011 2635-343
Email: dvorskikompleks@tob.co.rs

Schools, students and pension associations interested in visiting the Royal Compound should call the Office of HRH Crown Prince Alexander directly at 011/306-4014 and or email: kancelarija@dvor.rs

Just to note that even if you are a journalist you  are not able to take photos inside Royal palace and White palace. The most of the visitors are Serbs, so the tour guide speaks mostly in Serbian. Ticket price is 13 euro. 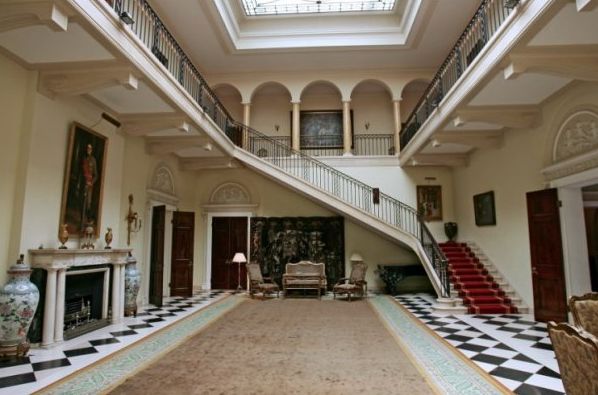 The White Palace is located within the same complex as The Royal Palace and it was commissioned by command of His Majesty King Alexander I as the residence for his three sons HRH Crown Prince Peter (the future King Peter II), Prince Tomislav and Prince Andrej. King Alexander I envisaged that his three sons would require their own private accommodation when they became of age, but his assassination in Marseille caused the destiny of his sons to take a different turn.
The young King Peter II became the new master of the Dedinje Complex and the completion of The White Palace was supervised by King Peter II great uncle HRH Prince Regent Paul. It was built from 1934 until 1936, as the project of the architect Alexander Djordjevic. When completed it became the official residence on loan to HRH Prince Regent Paul and his family, until King Peter II came of age. 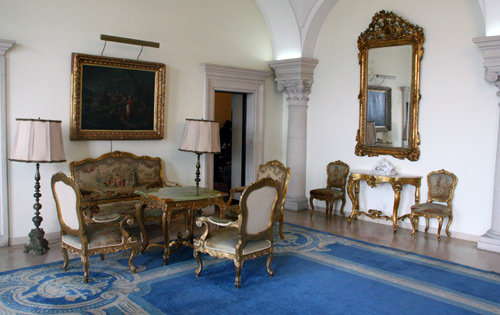 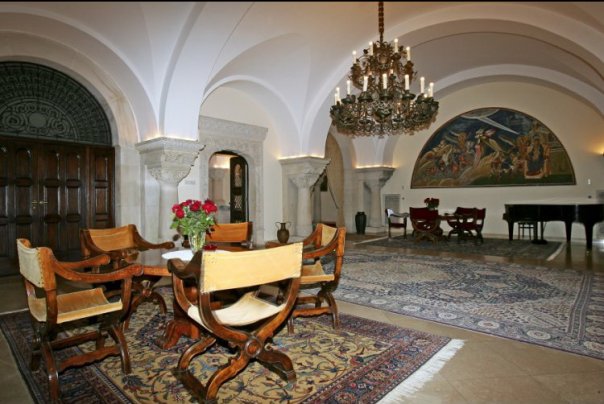 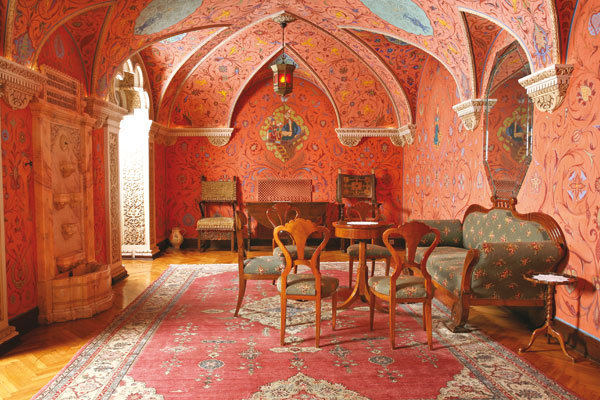 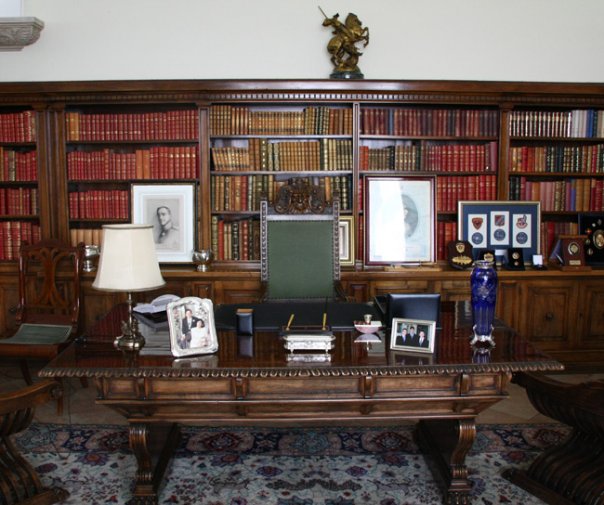 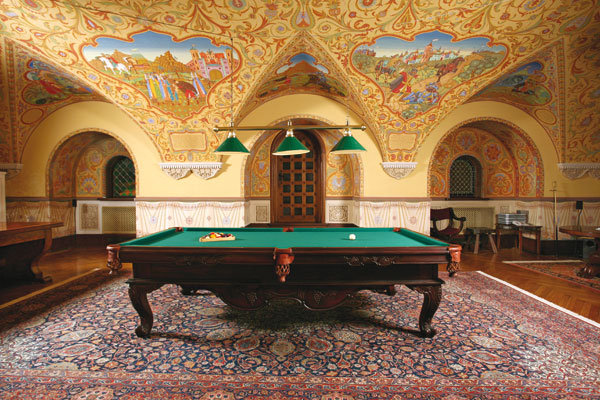 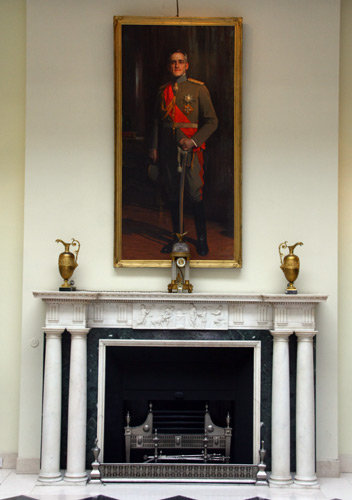 The ground floor of this classicistic palace houses a large hall and a number of drawing rooms furnished in the style of Louis XV and Louis XVI with large Venetian chandeliers. There is also a library which had more than 35 000 books and a formal Chippendale dining room.

The Royal Chapel of Saint Andrew the First Called
The Palace Church is attached to the south side of The Royal Palace and linked to the main building by a colonnade of stone pillars. The Church is dedicated to St. Andrew the First Called (the Royal Family’s Patron Saint). The Church is based on the model of the monastery Church of Saint Andrew on the River Treska in Macedonia, which was built by Andrew the son of the Serbian medieval King Vukasin. The Church was designed and built at the same time as The Royal Palace.
The interior of the Church is covered with frescoes painted by a team of artists from the Belgrade Artist Association. Following King Alexander I instructions this group visited most of the Serbian medieval monasteries in order to copy their frescos. The group was led by academician Nikolai Kasnoff. After preparing the walls and cataloguing the drawings the final decision to go ahead was made by King Alexander I. The Russian painters Boris Obrascov, Nikolai Maiendorf, Vladimir Bickovski, Viktor Sevcov, and Reitlinger and Evgeny Varnu-Secret were chosen to paint the Church. All painters were requested to produce records of their previous work in medieval monasteries. The whole project for the completion of the Church took about 36 months.
This is only a brief introduction for all interested citizens, who we invite to visit this extraordinary cultural and historical place that tens of thousands domestic and foreign tourists and guests visited during the last year.