Serbian Premiere of “Ocean” on the 1st of March at FEST 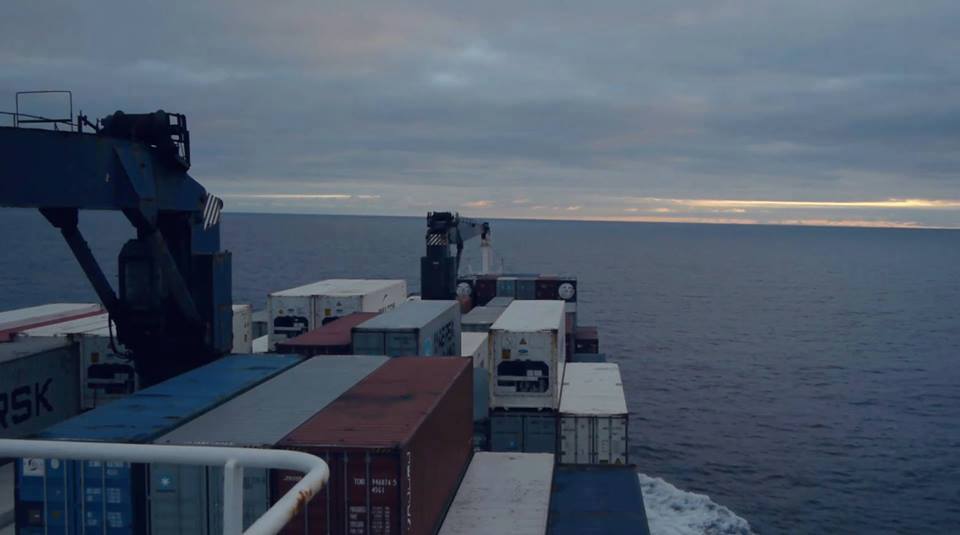 The director and protagonist in one sets sail with her friend on a cargo ship to Hawaii. The goal of their journey is to scatter the ashes of their friend at sea. Using primarily static scenes, this intuitive film presents a highly personal pilgrimage, during which the off-screen commentary touches on language, death and friendship. The result is a contemplative journal that sails along the tumbling ocean waves and with the lazy passing of time mixes contemplation about Hugh Pratt, releasing weather balloons and thoughts about death.

Film “Ocean” is a part of Garage films, and this year at FEST three more films of this new wave of Serbian cinema will be shown: film ”Petlja/The Loop” directed by Milutin Petrović, ”Žigosana/Marked” directed by Saša Radojević and the film ”Unutra/Inside” directed by Jelena Marković and Mirko Abrlić.

Tamara Drakulić is known to Serbian audience by her film ”Swing”, road movie, shot on a journey form east to west coast of North America.