Serbian Science Festival: Science & You – One on One from 14th- 17th December, Belgrade Fair 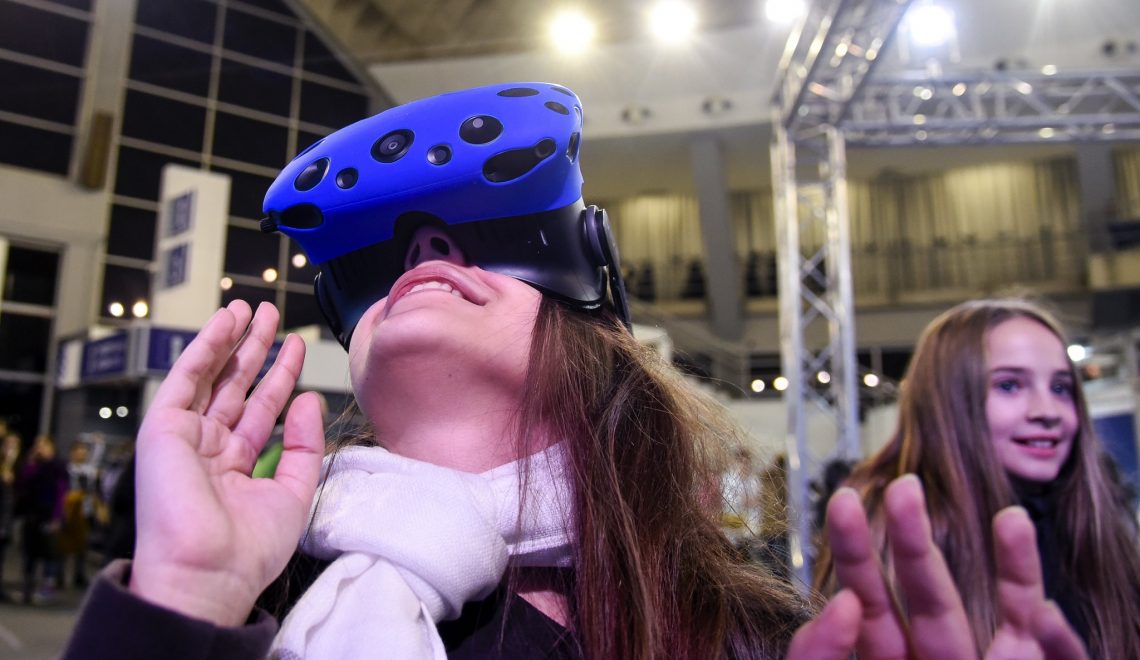 For the eleventh time, December in Belgrade will be in the brightest colors of the science thanks to the Science Festival, the biggest event in the region that promotes science and education! From 14th to 17th December at the four halls of the Belgrade Fair, in more than 6000 square meters, visitors will be able to get in touch with some of the most exciting scientific experiments, adventures and challenges – one on one!

This year’s Eleventh Science Festival is held under the slogan „One on One”, because it best describes our aspiration and the desire to present science directly “One on One” through scientific exhibitions, contributing lecturers, interactive presentations, , workshops and documentaries.

Introducing scientific stages, experimenting not only with science, but also with scientists and the ways in which science could be brought closer to the audience, Serbian Science Festival has opened the door of the most prominent city institutions and spaces proving that science can be found outside the laboratories, in places such as city parks, restaurants, squares and streets. 11th Science Festival will held 53 different settings,  4 exhibitions and 62 institutions which will  participate in in this year’s program.

Visitors will go through different geological age and the planet’s posture, through life in the widest form, the formation and movement of living beings, and man through motion, sport, energy which launches means of transport, to the demonstration of frontal collisions, first aid, and moods Nao robot. In addition to the field of Science on the move (Hall 9), the novelty at this year’s festival is the Small Scientific Stage, a corner for socializing with scientists who will share their knowledge and experiences from many scientifically popular areas, tailored to both older and younger visitors . The youngest curious visitors this year will also welcome the playful Small Zone (Hall 8), while teens who are in love with science will be able to socialize with their ingenious peers in the Expert Teenager Zone (Hall 9).

The festival will bring together a large number of scientific stars from around the world. Scientific- fantastic stage located in Hall 5 will host the guests from the US, France, Poland, Estonia, Bulgaria, Austria and Israel and present how science can be exciting, playful and revolutionary!

The USA big star Steve Wulf, a communicator of science, will demonstrate on the festival  the scientific principles behind the special effects in the Hollywood film industry. With his twenty-five years of experience, Wulf and his team stand behind numerous cascading stunts and incredible breath-taking scenes in world blockbusters, and until now he has collaborated with stars such as Tom Cruise, Al Pacino, Tom Hanks and many others. From France, from the Paris Circus Academy arrives La belle Apocalypse, which will in cooperation with the physicists, explain to the audience how circus performers are able to defy gravity, while from Austria OMAi company comes Markus Dorninger i Josef Dorninger, creators of the revolutionary Tagtool application, which will transform iPAD into a tool where visitors can express their creativity with virtual graphite painting. From Bulgaria comes Rosica Taskova, which will present Agar Art exhibition and workshop, for all visitors who wish to create a true artwork in a petri dish with the help of microbes.

From Poland arrives team “Heweliusze Nauki”, with a series of scientific demonstration, which  involves performing experiments and different tasks,  with active audience involvement in order to get  got the title of the secret scientific agent 007!

The biggest and oldest science centre AHHAA  from Estonia, comes with a science theatre show which involves controlled fires and gas explosions and explains what to do in case of emergency or better, how to  prevent it from happening altogether.

An Israeli actor and scientist Ori Weyl, better known as Dr. Molecula, a star which on a unique, investigative and reliable explosive way shows children and their parents why science is the adress you shouldn’t bypass not at all.

From the very beginning, the essential part of this mission was to bring science closer to non-scientific audience and to provoke interest in scientific work, and furthermore in understanding its impacts in everyday life.

Whatever your interests are, you’ll find your scoop of the joy at this year’s Science Festival!