The sixth edition of Resonate festival that was closed on Saturday, was held from April 19th till April 22nd, in Belgrade (Serbia) with an extension of eight hour long music workshop supported by Red Bull Music Academy. The Festival, as usual, brought together people of culture, technology, science, education, business and music form all over the world. This year`s Resonate festival was attended near 3000 people which is a record so far. Following the concept that it is known for, the program of the Festival was conducted in two major segments: MUSIC and CONFERENCE.

The By Day program – Resonate Conference that were held in the beautiful building of the Jugoslav Film Archive, also known as Kinoteka – included lectures, presentations, performances, screenings and workshops. By Night program of the Resonate Music brought some great concerts and unforgettable parties. This year the Resonate festival hosted 55 lecturers, over 30 musicians and 11 workshops. Similar to every year, more than 70% of the audience has been international. Innovation in visual arts, digital culture and music were in the spotlight at the Resonate 2017. 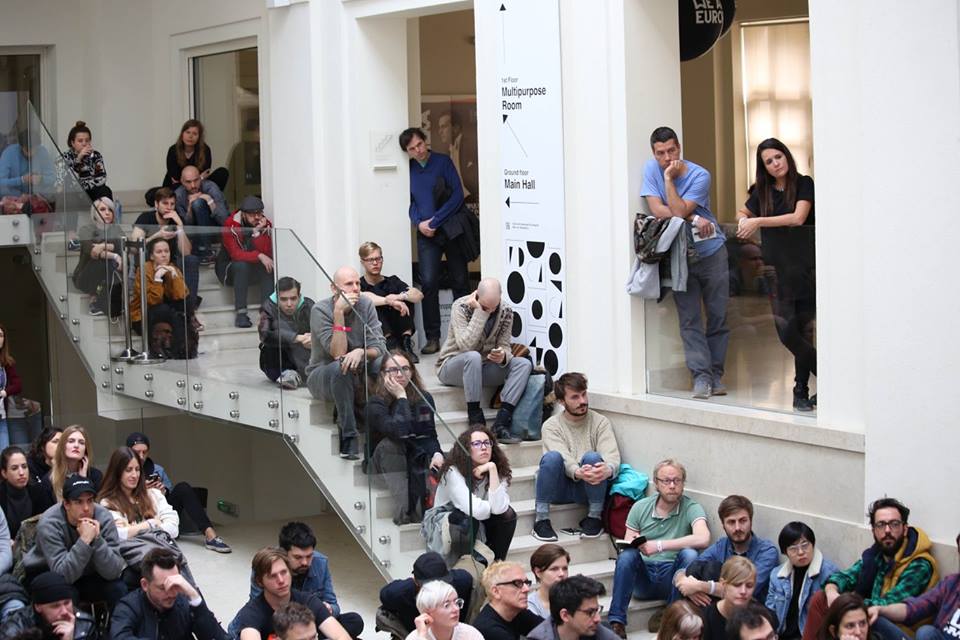 RESONATE is a platform for networking, information, knowledge sharing and education, that brings together top researchers and performers who regularly use technology to do their jobs. As always, Resonate provides an overview of current situation in the fields of music, visual arts and digital culture, gathering creators, researchers, musicians and teachers to discuss the role of technology in art and culture. Guest artists, lecturers, musicians and other participants are chosen to represent the cutting edge of the contemporary creative industry in the world. As a part of the WE ARE EUROPE initiative, this year`s Resonate partners were Sónar+D and Sónar, as well as c/o pop (Cologne) which gave great contribution to the program of the Festival. During the whole Festival visitors were able to see two exhibitions at the Pro3or gallery – EOAN, by artist Florence To and Signals, by Niclas Sasson and Rick Silva. Resonate Conference hosted over 50 lectures and 11 workshops: Resonate Conference represents the core of the Festival that intends to develop creative processes in art through the new technologies and media. 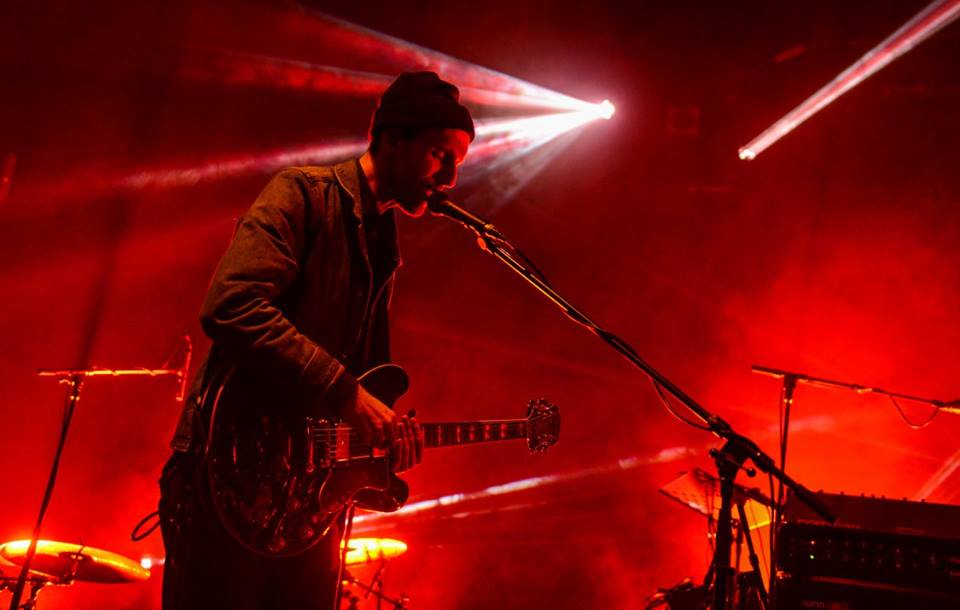 RESONATE MUSIC – brought to Belgrade over 30 great alternative artists Stephen O’Malley performed the fIrst night, with the talented belgrade guitarist WoO and solo drum set performed by another belgrade star drummer – Nemanja Acimivic as an open act. Stephen O’Malley, an artist behind the great American underground band – Sun O))) is the world`s greatest specialist for the loud drone guitar music and alternative metal, and musician who radically changes the songs concept and creates unforgettable noise symphonies on his guitar. The following night, visitors experienced clubbing in Belgrade`s most popular techno club Drugstore. Amazing performances by Roly Porter (UK) and Peder Mannerfelt (Sweden) – two of the great avant– garde electronic artists that examine the frontiers of the futuristic club music on the other side of the techno performed the second night of Reosnate, as well as distinguished Yves Tumor (USA), an artist known for his eclectic genre and unique music vision conducted by isolated landscapes of today. The local support came form DJs and producers such as Stevie Whisper, Rastko Lazić, Marko Lazović, Pavle Popov…

The star of the third night of Resonate music programme was definitely Lee Ranaldo, one of the most famous worlds guitarist, the founder and member of the legendary NY alternative rock band Sonic Youth. Lee performed a solo concert, but he had also an exclusive performance „Suspended Guitar“ the folowing day as a part of the CONFERENCE programme. Lee Ranaldo`s solo concert took place at Dom omladine Beograda, on Friday, April 21st. The opening act was by band Vvhile, and a young Swedish rock artist Anna Von Hausswolff with her neo-gothic band. The same night, Easy Tiger party has been moved from boat Sloboda to Kenozoik club due to bad weather. Easy Tiger is a party concept, conceived by our prominent local DJ Marko Nastić. Marko Nastić invted Jichael Mackson, Ada Kaleh, Kristijan Šajković and Vladimir Dragašto join him for this party. Resonate closing party have been organized in Drugstore club by Sonar Festival from Barcelona. Starring: Alba G Corral & Regen in an exeptional and sophistecated audio visual performance. Biosphere – an Norwegian visionary Geir Jenssen that elevated ambient electronic music to the level of pure art form, over 20 years ago.

His performance have been are pure sensual expirience with the combination of evocative music and fantastic video – art, creating parallel reality. Mykki Blanco – trans gender hip – hoper, have been absoplute sensation and an extraordinary experience, jumping int crowd and dancing and singig with the. Followed by legendaryretro-futuristic UK`s DJ Addison Groove, partyclosed popular local DJ-s Feloneezy and Jackie Dagger, while Lil Taty has played all night long in Drugstor’s small room. Resonate+ CRACKMUSIC DEMOPARTY Resonate was closed by special music workshop in collaboration with Red Bull Music Academy.. CRACKMUSIC DEMOPARTY is the event that gathers on one place the enthusiasts and professionals, good and bad producers with the same goal – to make music. The workshop took place yesterday at KC Grad on Sunday from noon lasting eight hours.