Architecture of the SIV Palace 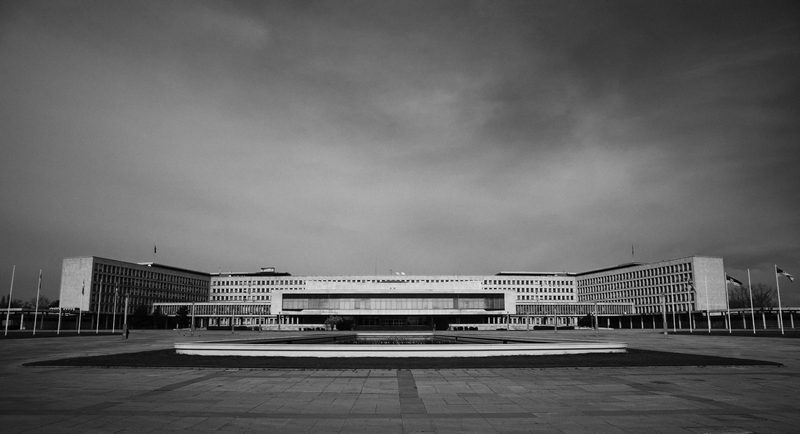 The SIV Palace (Zgrada SIV-a/Palata saveznog izvršnog veća) is one of the most impressive buildings constructed in the era of Communism.  This building  features departments for  federal ministries, administration, special commissions, federal agencies, and it was designed under the influence of large and powerful architectural-urban movements of architects Le Corbusier and Nervi and their doctrine, but as interpreted through the prism of soc-realism style.  It is a freestanding composition made of white stone, based on purified modern-neo classical architectural setting. Grounds of the palace is symmetrical with a central corpus and two side wings. In front of the middle wing is the lower part situated under the glass dome, and it represents the Grand Ballroom, which can accommodate 2000 guests. 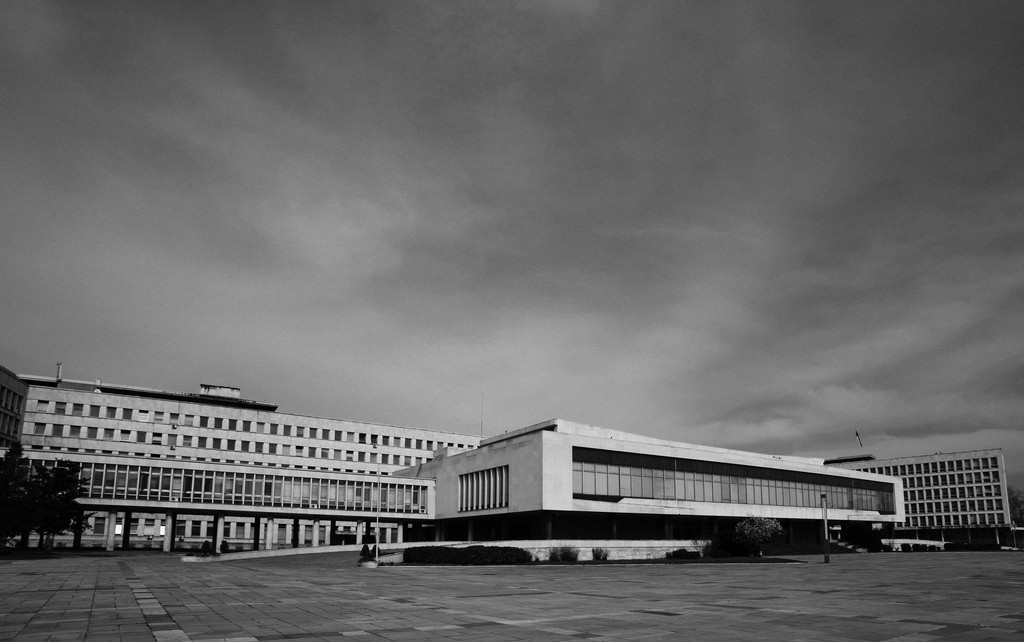 The palace contains six lounges, practically and symbolically created for six republics of the former Yugoslavia, as well as about a thousand of offices.The facade is covered with white Brač marble, while the openings are edged with white metal. The palace was constructed in 1947. by architects Antona Urlih, Vladimira Potocnjak, Zlatko Najman and Dragica Perak. In 1961. another architect Mihailo Janković elaborated, amended, revised and implemented the entire project and the building. 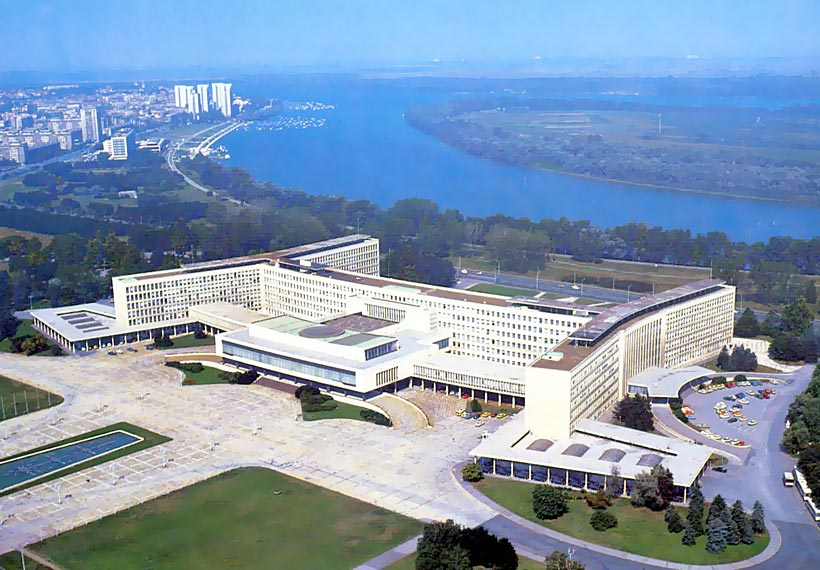 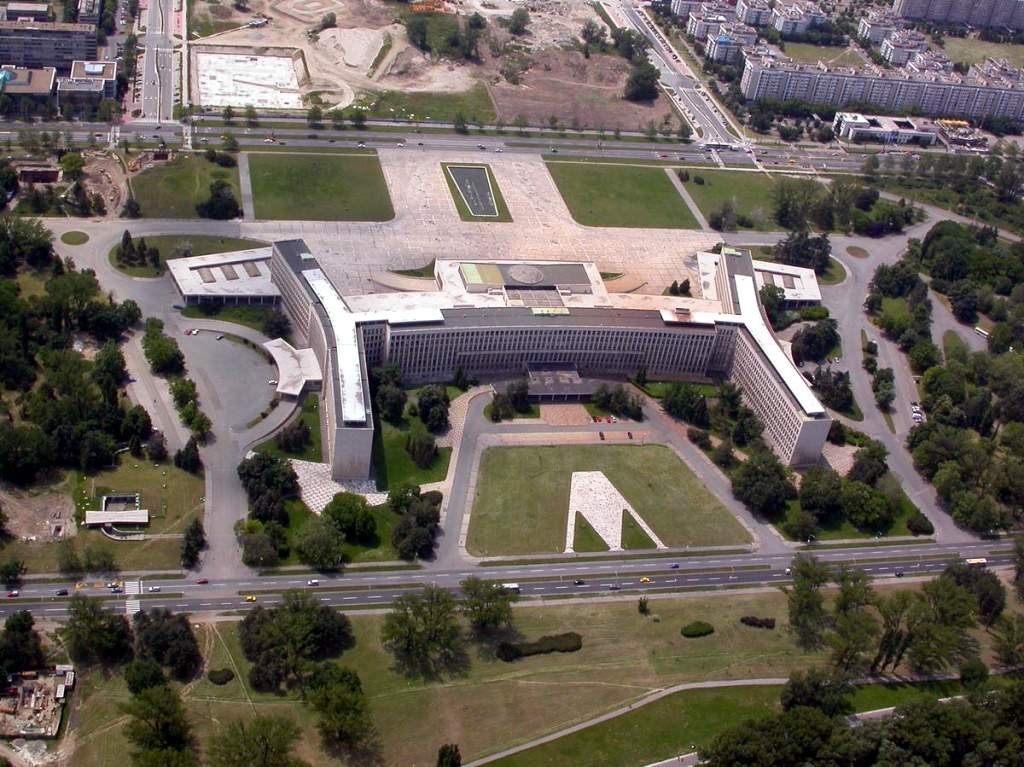 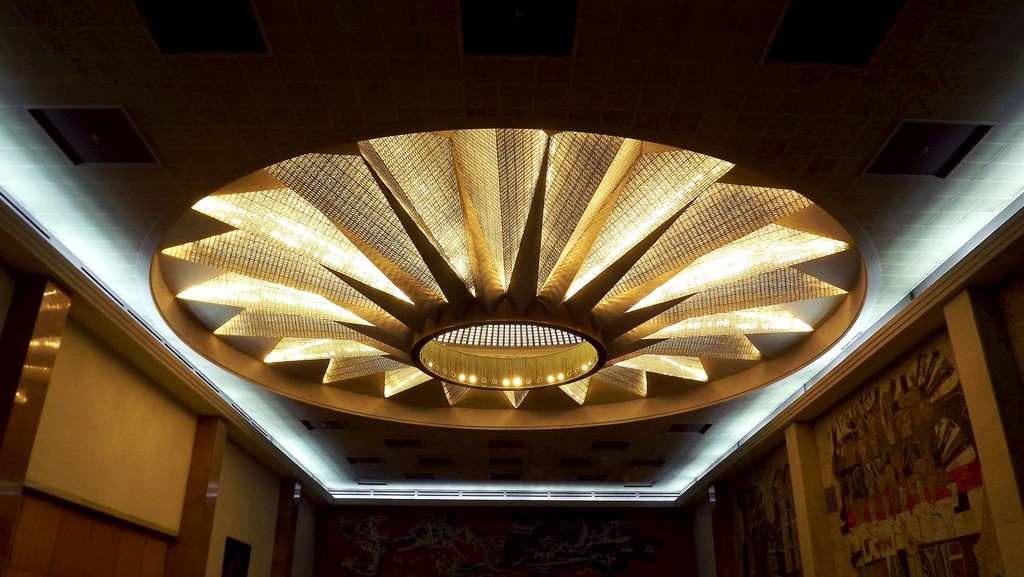