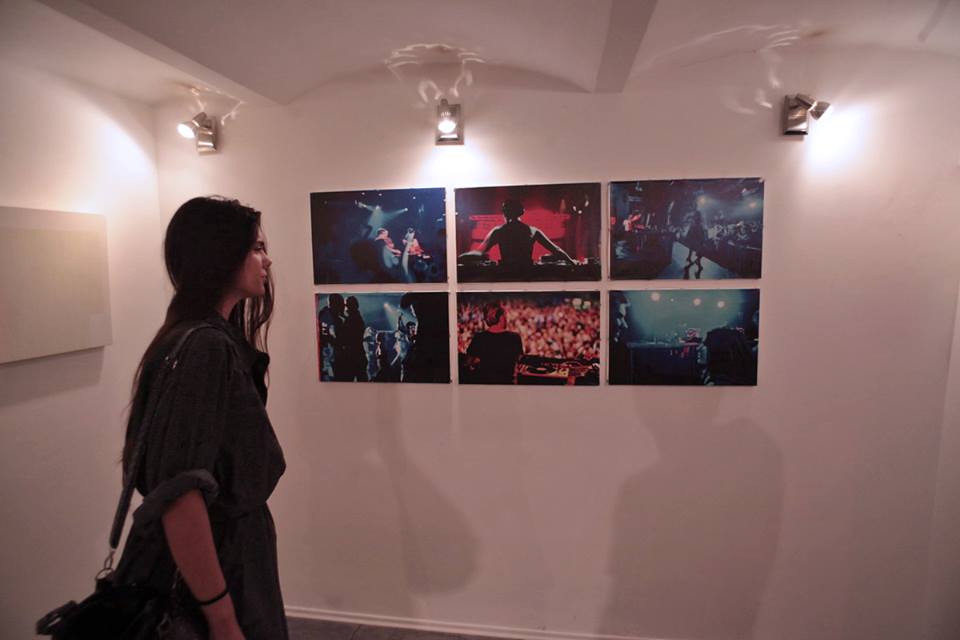 The exhibition contains two derivatives that refers to the same place. here we have series of drawings/paintings and series of photographs inspired by techno music in a broader sense.
drawings on canvas are deliberate and dedicated. made by strict methodology – persistently drawing the lines over the surface as a respond causing by techno music. corresponding to those scenes we have series of photos taken straight on the parties with aim to describe and deconstruct the event itself making images less personal, but more referral.
————————–——————-
Sylvia Kovjenić
Born in 1976 in Newcastle, the Republic of South Africa.
Graduated from the Academy of Applied Arts and Designe,
Wall Painting Department, Conservation-Restauration
Sub-Department in Belgrade in 2004.
Has been a member of ULUPUDS since 2004.
Further education at the Art Academy in Duesseldorf ,Germany
till 2006.
This is the 8th solo exhibition and has more then twenty
group exhibitions in the country and abroad.
2013 won First prize in the painting exhibition
„ Women painters“ in Majdanpek.

Srdjan Veljović
Photographer and cultural worker. Born in 1968. year. Finished Electrical Engineering. Member of ULUS.
It deals with the problem of identity and its establishment as a field constituted outside exploring the limits of transgres¬sion that defines him.
Implemented projects:
Architecture and fascism, A good life as an excess, Heaven, The boundaries of gender, Economy of power within hetero¬sexual relationships, What is a safe altitude, Blade wire, Arts of transition, Transposing – Johnny Racković, Multitude, Techno – positions of subculture, Chance of solidarity, Museums and more by a place of memories, Photographs, por¬traits, Jarboli 1996 – work in progress. Industria, 20-25-29.
He exhibited several times in groups and independently in Serbia, Macedonia, Croatia, Bosnia, Slovenia, Romania, Alba¬nia, Austria and Germany.