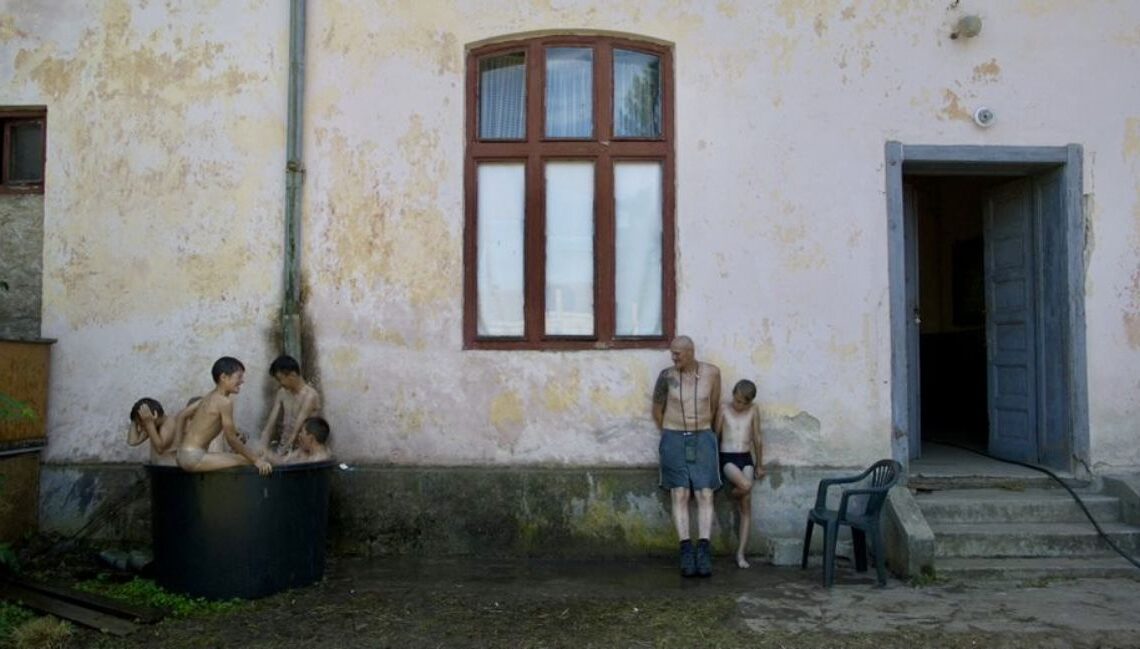 A Free Zone Movie Festival is a place for films without censorship, but with stimulating discussions, expanding horizons, and accepting diversity. This year’s festival opens its doors to films that deal with taboos and all those politically incorrect topics, and even those achievements that other festivals have refused to show!

The children of dead soldiers in Israel that no one wants to talk about, the trauma of raped women of all nationalities from the territory of the former Yugoslavia, the struggle of natives from the Amazon and from Ecuador for their piece of land, the love of two women born in a concentration camp, an unconvinced pedophile who is fighting to suppress his urges, are just some of the topics that Free Zone is dealing with in this year’s edition.

We present to you the most intriguing films of the 18th Free Zone:

Ewald moved to Rumania years ago. Now in his 40s, he seeks a fresh start. Leaving his girlfriend, he moves to the hinterland. With young boys from the area, he transforms a decaying school into a fortress. The children enjoy a new, carefree existence. But the distrust of the villagers is soon awoken, and Ewald is forced to confront a truth he has long suppressed.

2. THIS STOLEN COUNTRY OF MINE

This stolen country of mine is about China’s massive hunger for natural resources and how during the last decade it has been aggressively operating to obtain access to these resources in Ecuador. The country is now stuck with the most Chinese debts in Latin America. Meet Paúl Jarrín Mosquera, who leads the indigenous resistance against the exploitation of their land. Meanwhile, China uses the Ecuadorian government to turn the country into one of its new colonies, having made the country dependent on credit through a series of corrupt and greedy treaties. When journalist Fernando Villavicencio exposes these plots and gets access to the contracts between China and Ecuador, the government wants him silenced too. Both men are fighting for freedom in this battle against a superpower.

Over the course of three years, the film follows four women from Vukovar who were among thousands of those that experienced life-changing trauma during the war for Croatian Independence 27 years ago. They relate their life stories through a complex process of personal empowerment, and the journey is changing their lives and relationships.

In 2022, the Cannes Film Festival was designated to host the premiere of the new, long-awaited film by the award-winning Swedish director Ruben Östlund, which has decisively won him his second Golden Palm at this festival. Triangle of Sadness, in which the famous Woody Harrelson plays an enraged Marxist that happens to be the captain on a cruise for the ultra-rich, is in a sense a critique of today’s society in a typical Östlund manner.

The film is set in the world of high fashion, in which we meet a pair of models at a crossroads in their careers. They are invited to a luxury cruise as Instagram influencers, to add to the glamour of the unusual and, above all, filthy rich passengers gathered on the yacht. When the yacht sinks, they are stranded on a desert island with a group of billionaires and a cleaning lady. In a battle for survival on the island, old social hierarchies collapse and get overturned.

Emre, a young and dedicated prosecutor, is newly appointed to a small town hit by a water crisis and political scandals. After an initial welcome, he experiences an increasing number of tense interactions and is reluctantly dragged into local politics. When Emre forms a bond with the owner of the local newspaper, pressure escalates under heated rumors.

Compassion is in almost as short supply as water in Emin Alper’s sardonic, seething parched parable about small-town corruption in chokingly patriarchal rural Turkey. Featuring a manhunt that echoes a wild boar hunt and a mirage-like lake whose waters may or may not be toxic, here, the cool filmmaking is subtler than the metaphors. But then, when it comes to homophobia, misogyny, masculine crisis, and the other attendant cruelties of the depicted strongman-led society, these are not subtle times.

The 18th Free Zone (website) will be officially opened on November 3 in Belgrade (Mts Dvorana, 6:30 p.m.), Niš (7 pm, Cineplex), and Novi Sad (7:30 p.m., Arena Cineplex) with the cinema premiere of the film Triangle of Sorrows crowned with the Palme d’Or, directed by Ruben Estlund. Tickets for the opening ceremony in Belgrade are on sale at the ticket office of the MTS Dvorana (Dom Sindikata) and online via Ticket.rs, at a price of 750 dinars.

And this year, part of the film program of the Free Zone will be screened in the entire country of Serbia, because the KinoCauch platform will host the online Free Zone from November 9 to 23.