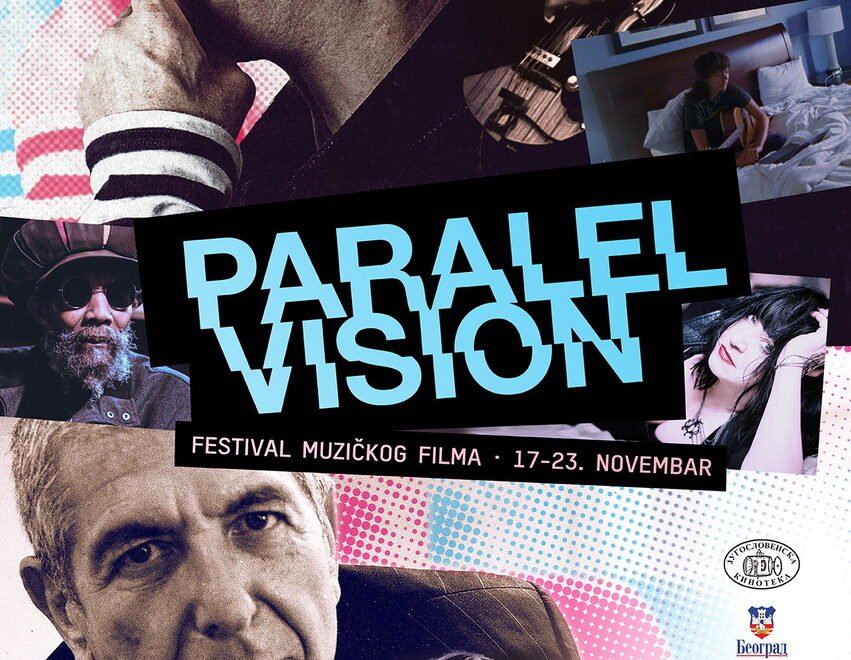 The 6th Music Film Festival – Parallel Visions will take place from Thursday, November 17th to Wednesday, November 23rd, at the Jugoslovenska Kinoteka /17-20.11/, and then at Art cinema Kolarac /21-23.11/

Parallel visions a unique selection of documentary and feature music films, will bring twelve new titles, which have a common theme – music, to the Yugoslav Cinematheque and Art cinema Kolarac this November.

The festival opens with the latest documentary Hallelujah about Leonard Cohen and will be followed by documentaries about the band King Crimson and about the London posh jazz club Ronnie’s.

There are also powerful socio-historical stories such as the documentary Rudeboy: The Story of Trojan Records, about the ska and reggae subculture in Great Britain in the 1970s, which also deals with the position of the Jamaicans who started the subculture when they arrived in London.

Fans of the famous Liverpool foursome (Beatles) will be interested to find out what is actually behind Paul and his team’s fascination with the Maharishi and the cult of yoga and India.

When it comes to Britpop, a real treat comes from Trainspotting authors Danny Boyle and Irvine Welsh, Genesis: Creation Records, a hilarious British biopic about Alan McGee, the man who created the Oasis, Jesus And Mary Chain, Primal Scream …

The audience will be able to discover what is hidden in the rich and so far hidden archive of the “fugitive” member of the Rolling Stones, Bill Wyman (The Quiet One), as well as watch an analytical reconstruction of the last week of John Lennon’s life.

The documentary about two decades of the iconic New York record store Other Music deals with records, collecting, and again subcultures.

One segment of the program is dedicated to women in music and pop culture: the story of the spectacular Lydia Lunch, a New York punk and rebel in her 7th decade of life, is an absolute recommendation, and at the same time, an authentic document about the young Australian rock star Courtney Barnett, who, despite her fame and success, like a significant portion of Generation Z, struggles with anxiety and panic attacks.

The documentary Skloni pogled, based on the testimonies of women who were once teenagers and fans of famous rockers (Led Zeppelin, Guns ‘n’ Roses, Aerosmith…), has tackled the serious social issue of sexual abuse in show business.

Tickets for 300 dinars are on sale at the box office of the Kinoteka and Art cinema Kolarac.