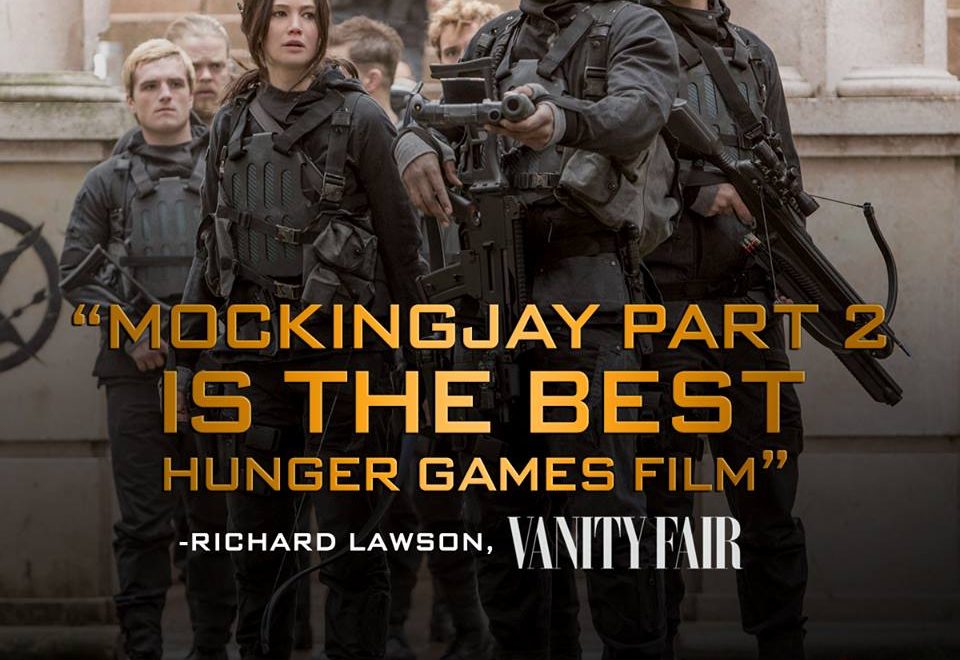 Eagerly awaited the final part of the SF safa “The Hunger Games: Mockingjay Part 2” will be shown  in Belgrade cinemas starting from the 19th of November. 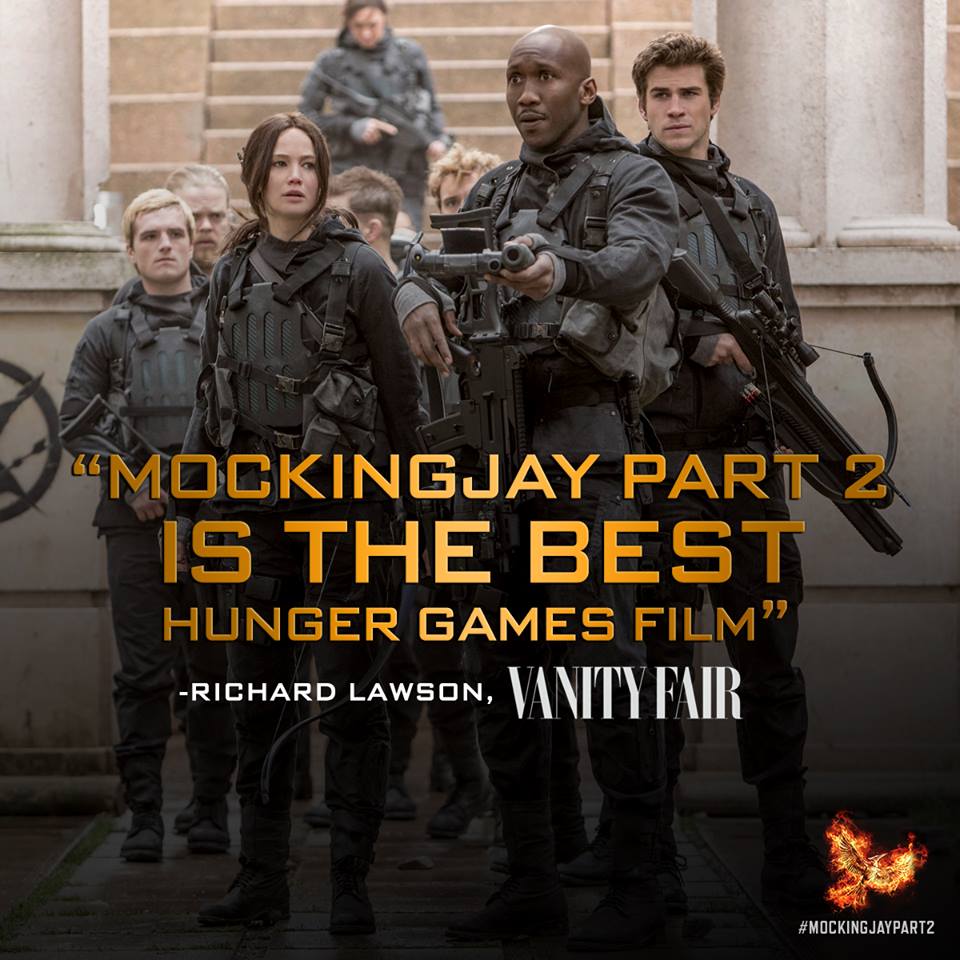 The Hunger Games: Mockingjay – Part 2 is a 2015 American dystopian science fiction war film directed by Francis Lawrence, with a screenplay by Peter Craig and Danny Strong. It is the fourth and final instalment in The Hunger Games film series, and the second of two films based on the novel Mockingjay, the final book in the Hunger Games trilogy, written by Suzanne Collins.

The plot draws the story of Katniss Everdeen to an end; realizing the stakes are no longer just for the sake of survival, Katniss teams up with her closest friends, including Peeta, Gale, and Finnick, for the ultimate mission. Together, they leave District 13 to liberate the citizens of war-torn Panem and to assassinate President Snow, who seems to be  obsessed with the destruction of  Katniss. The main photography on both parts of the film began on September 23, 2013, in Atlanta, before moving to Paris for two weeks of filming and officially concluding on June 20, 2014, in Berlin, Germany.

Part 2 was released on November 20, 2015 in the United States, in 2D and IMAX, and internationally in 2D, 3D, RealD Cinema and IMAX 3D in select territories. It is the only film in the series widely released in 3D.