The beginnings of the October Salon date back to 1960, when it was established as an annual exhibition of the best artistic achievements on the Yugoslav scene and, since 1967, applied arts have been included in the selection. During its history, the Salon’s concept and forms of organization have changed. At the end of the 90’s an art director, selector or curator was appointed, whose role was to decide on the composition, conception and content of the exhibition and in October 2004 the October Salon became an international art event in the field of visual arts in Serbia (and the region) and a place for a dialogue between local artists and those from all over the world.

Any changes in the event (from the beginnings to the present day) have provoked a number of different reactions, and so did the decision to make the Salon an international exhibition. Including of foreign artists and curators turned out to be a good and productive idea – in a way, the Salon emerged out of the narrow local context, and exactly ten years later, in 2014, the decision was made to transform this annual exhibition into biennial. Regardless of all the changes, the local art scene has remained a vital part of all the editions of the October Salon, including this one.

This year’s art directors and curators of the exhibition are Gunnar Kvaran and Danielle Kvaran who, through the concept of The Marvellous Cacophony, have gathered 72 artists from around the world. The concept of the 57th October Salon, according to the curatorial statement, is based on the fact that the Western perception of contemporary art has become universal and that “cacophony” has been the denominator of disparate art movements since the beginning of the 21st century. The name of the exhibition – The Marvelous Cacophony – is meant to suggest a constellation of works that express, through their forms, structures and content, the diversity and richness of the cacophonous expression as an important element or condition in contemporary art today. The curators want to present artistic production worldwide by looking into diverse art scenes, different generations. The exhibition structured in this way will therefore be “an installation as a mirror of the world”, as a diversified situation, rich in cacophony. The exhibition will be placed at five venues in the city centre – the Cultural Centre of Belgrade (Art Gallery, Artget Gallery, Podroom Gallery), Belgrade City Museum, Remont Gallery, U10 Art Space and the Gallery of the Serbian Academy of Sciences and Arts. In the media of video, sculpture, painting, performance, etc., the idea is to emphasize, through the cacophonous structure of the exhibition, the diversified artistic production that bridges the national, racial, generational, gender, class and other categories.

At this year’s Salon, an interesting selection of younger generation artists has been made, that includes Darja Balagić, Ivana Bašić, Vuk Ćuk, Aleksandra Domanović, Lidija Delić, Maja Đorđević, Nina Ivanović, Tijana Kojić, Radenko Milak, Jelena Mijić, Nemanja Nikolić and Branko Milisković. Most of the above-mentioned artists have already exhibited at some eminent institutions in the country and abroad. Although elusive, the scene of the artists of younger generation that often eludes radar, shows at the October Salon the diversity in approaching and reflecting on important issues in the field of visual arts.

The representatives of the artists of middle generation from Serbia and the region are Marija Ćalić, Jasmina Cibic, Ivan Grubanov, Marta Jovanović, David Maljković, Đorđe Ozbolt and Katarina Zdjelar. The common thread connecting the mentioned artists seems to be their participation in biennials, specifically the Venice Biennale, and their international visibility.

Ivan Grubanov’s work at the Salon refers to and continues his work United Dead Nations, presented at the Pavilion of the Republic of Serbia at the 56th Venice Biennale. The morphed flags and their visual trails present a connection with the historic trails that disappearing of nations leaves behind: scattered bodies, broken histories, dead nations/countries, temporary shelters and banners of deconstructed collectives soaked in pain and desire.

David Maljković, also a participant in the 56th Venice Biennale, displays his work that explores the malleability of the collective and individual experience of time and space. The artist presents the viewers with works that create their own space, time and history and, at the same time, suggests the answers to the uncertainty of the unfathomable future. Thus, he often plays with the possibilities provided by the media at hand, and makes works with a greater and more intuitive use of material.

Marta Jovanović participated in the 55th Venice Biennale in the series of talks “Venice Agendas” on the art of performance, along with some of the most important artists and curators in the field of performance, such as Joan Jonas and Hans Ulrich Obrist. Lately, her performances have become a cathartic weapon for her personal struggles with motherhood, interpersonal relationships and divorce. The transformation through which Marta Jovanović was forced to pass is reflected in several works created over the past years in which she embodies her personal problems in a sublimated way.

Katarina Zdjelar – artist, theoretician, professor, activist – lives and works in Rotterdam and Belgrade. Her latest work, the installation Not a Pillar, Not a Pile (Tanz Für Dore Hoyer), was nominated for the most prestigious Dutch Prix de Rome Award, which is considered an exceptional achievement in the world of art. Katarina Zdjelar represented Serbia at the 53rd Venice Biennale, where her video work The Perfect Sound (2009) attracted international attention. The work of Katarina Zdjelar AAA (Mein Herz), 2016, is a single-shot work showing a young woman simultaneously performing four compositions. While preserving the original style, tempo, and rhythm of the individual works, she maintains the key of the different music pieces. Silence, music, sound and words alternate and collide.

Jasmina Cibic is a well-known Slovenian artist who lives and works in London. She analyses specific national, political, cultural and artistic origins, creating a characteristic, her own specific language. She works in the media of film, installation, object and photography. After representing the Republic of Slovenia at the 55th Biennial of Contemporary Art in Venice with the project For Our Economy and Culture, she gained an international recognition. Jasmina Cibic’s works seem to be a multimedia story composed of film and performance – about the relationship among art, politics, architecture, where her starting point is often an actual architectural structure. Now, her work is included in the current exhibition on Yugoslav architecture (Toward a Concrete Utopia) at the Museum of Modern Art in New York.

Đorđe Ozbolt is known for his bold mixing of historical-artistic models and bizarre humour. He studied architecture at the University of Belgrade and in 1991 moved to London, where he continued painting studies at the Royal Academy. Ozbolt is not well known in our country; he lives and works in London, from where in the recent years he has exhibited at Gallery Baton, Seoul, Korea (2017); Holburne Museum, Bath, England (2015); Hauser & Wirth, New York (2015); Herald St., London, England (2014) etc. Ozbolt has participated in a great number of group exhibitions, including Love: the First of 7 Virtues, Hudson Valley Center for Contemporary Art, Hudson Valley, Peekskill, New York (2015); Beasts of England, Beasts of Ireland, Visual Carlow, Carlow, Ireland (2014); The Allure of the Collection, National Museum of Art, Osaka, Japan (2012); Figure Studies, Contemporary Art Museum, St. Louis, Missouri; Prague Biennale, Prague, Check Republic (2007); The Grand Tour, Holburne Museum, Bath (2016) and Hauser & Wirth Somerset, Bruton, England (2017). In the spring of 2017, the Hauser & Wirth Publishing House published a comprehensive monograph on Ozbolt’s work with a text by Oliver Basciano.

Dušan Otašević and Vladimir Veličković are representatives of European and Serbian art since the second half of the 20th century and are among the most eminent local artists to be presented at the October Salon again, after several decades.

The October Salon will be held from September 15th to October 28th. 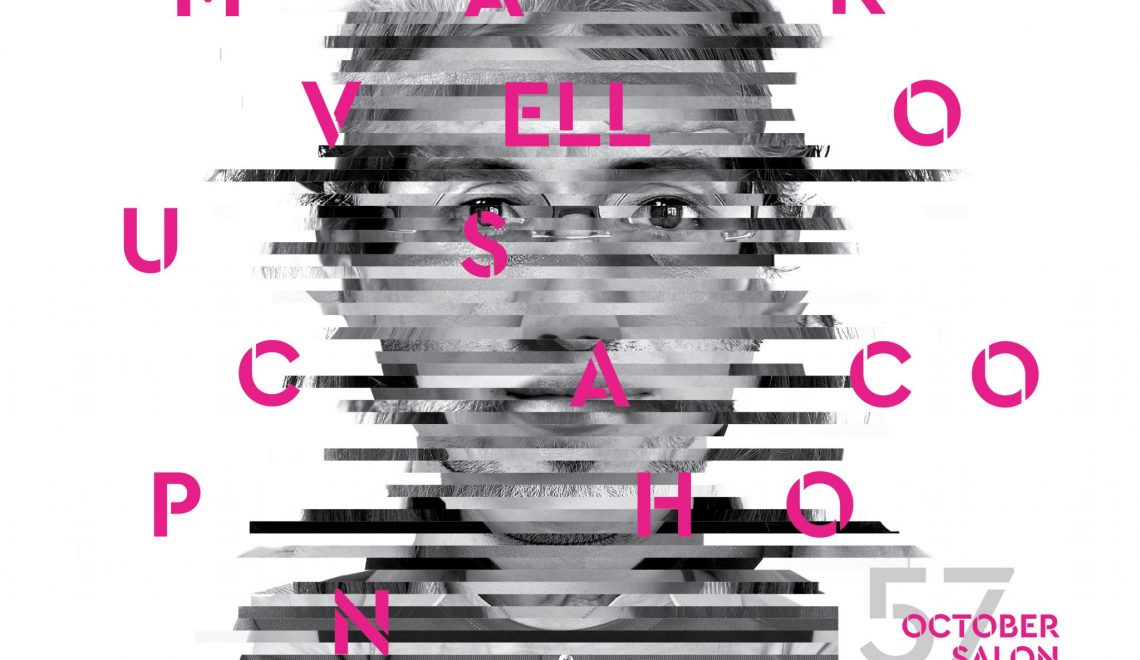 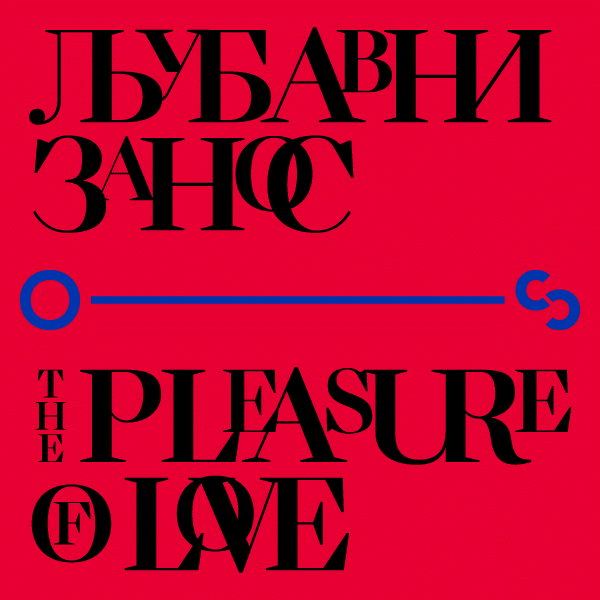 CINEMA
Watch Films Mommy and Leviathan at KCB for FREE