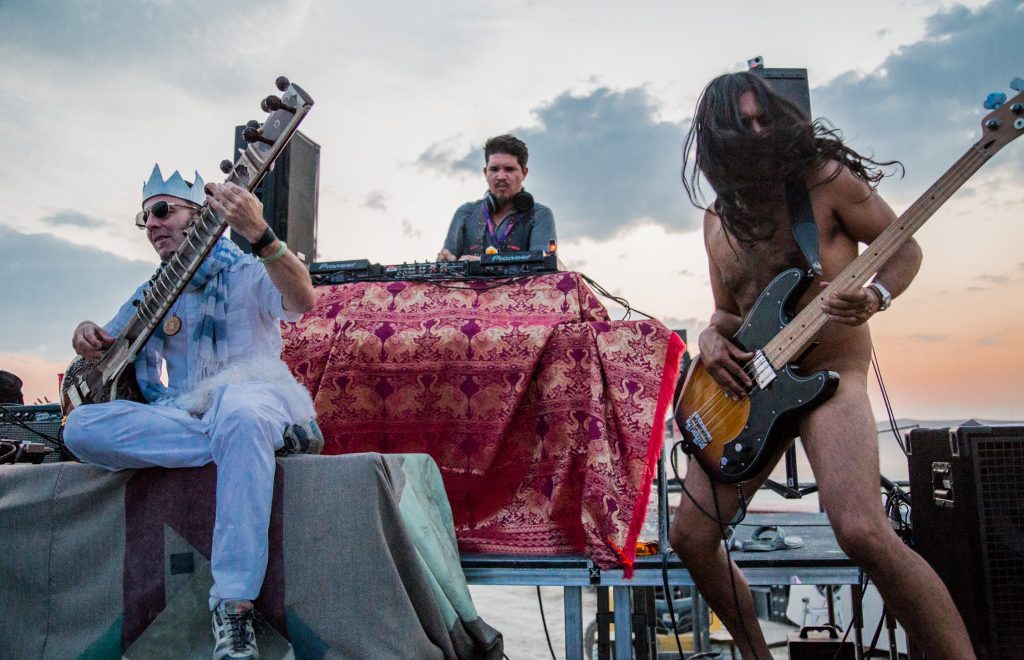 Thievery Corporation is finally coming back to Belgrade! The concert will take place on the 26th of June, at 8:30 pm in Tasmajdan stadium.

How many highly successful musical artists do you know that have thrived for 20 years without a radio hit, a big budget video, or major label backing? Moreover, have managed to do high-profile TV appearances, own and operate their own independent label since day one, sell several million albums and continue to expand their fan base across the globe each year. They’ve collaborated with such uniquely famed artists David Byrne, Perry Farrell, The Flaming Lips, Anushka Shankar, Femi Kuti, Seu Jorge, Bebel Gilberto, and been featured on major film soundtracks such as Garden State. They’ve headlined top music festivals, such as Coachella and Lollapalooza, and have influenced a whole generation of electronic producers and DJs. If you add these elements together, you can arrive at only one conclusion: Rob Garza and Eric Hilton, aka: Thievery Corporation.

Since 1996, Garza and Hilton have released 8 studio LP’s, 2 remix collections, 2 DJ mix albums, and continued to perform live on 5 continents. Along their unique musical journey, they have virtually defined an entire sub-genre of electronic music. And now they’re ready to embark on yet another journey with the release of their new album, “The Temple of I & I.”

Longtime fans of Thievery Corporation are keenly aware that the duo has been heavily influenced by Jamaican music. Since their debut LP, “Sounds from the Thievery Hi-Fi,” the production team has applied a uniquely diverse dub ethos and aesthetic to their music. After paying tribute to bossa nova and easy listening inspirations on their 2014 release, “Saudade,” Hilton and Garza set their sights on the culturally rich and warm musical environs of Port Antonio, Jamaica. There, they dove even deeper into their singular exploration of classic Jamaican sounds for the “The Temple of I & I.” “The innovation, spirit and power of Jamaican music is a constant source of creative manna for us,” explains Hilton. “On the musical map, Jamaica is an entire continent. We could have spent a year there, soaking up the vibes in the air, and constantly being inspired by the strength and resilience of the people.”

Their journey began on a cold February morning in 2015 when Garza, Hilton, and their DC-based rhythm section touched down in Kingston and ventured across the Blue Mountains to what Jamaicans call the “real Jamaica” . Port Antonio. Setting up camp at Geejam Studios in San San, they felt immediately connected to their surroundings as they began recording just steps from the turquoise waves crashing below. As the Thieves played through day and night, heads poked through studio doors as curious locals seemed intrigued by such authentic sounds. “People couldn’t believe Robbie Myers, our guitarist, wasn’t Jamaican,” laughs Hilton. “I think they’re used to people coming down from London or LA to record rock or pop records and they were amazed we had such a handle on their sound. It was beyond gratifying, and high-grade ganja and Appleton rum started showing up on the reg.”

After a week of ’round-the- clock sessions, Thievery Corporation brought the Geejam session tapes back to their lab at Montserrat House Studios in DC. From there, the mission continued with months of vocal, horn and editing sessions. Familiar voices appear, including Notch Howell, who had performed “The Richest Man in Babylon” and “Amerimacka” on previous records. Hilton calls him, “possibly the best male tenor we know.” Other collaborators included Mr. Lif, Puma Ptah, Lou Lou, Zeebo and Elin, who are all known by the Thievery audience as key members of their ensemble, both from past recordings and their live shows.

Also figuring prominently in those sessions was a Thievery Corporation newcomer; Racquel Jones from Kingston, Jamaica. Garza and Hilton had met Racquel on their first trip to Port Antonio, where she played some demos for them at Geejam that used Thievery Corporation as a backing track, and which sounded like a perfect match to them. “We’d been waiting years to find a conscious, brilliant, female Jamaican singer and MC,” Hilton explains. As a model and former Miss Jamaica contestant, one would not expect the pure lyrical fire and tough delivery that comes out of her on tracks like “Letter to the Editor” and “Road Block.” “It’s impressive,” says Hilton. Few musical artists are as diverse as Thievery Corporation, moving from space rock, hip-hop, Indian trip-hop, dub, French torch songs, and shoe-gazer blissfulness with remarkable cohesive ease. Boundaries and following trends have never been part of Garza and Hilton’s agenda.

Explains Rob Garza, “We’ve never been concerned with fitting into the ‘music industry.’ We started making music in the liquor room of DC’s Eighteenth Street Lounge with random bits of music gear among boxes of spirits. Approaching our music as a production duo has allowed us to never feel limited to one particular sound and traverse many fascinating musical landscapes.”

In great anticipation of this exciting new release, and in reflection of an astonishing two decades together, one may be prompted to ask what has been the magic formula behind Thievery Corporation’s great success and what does the future hold from here? Perhaps the answer can be found in Rob Garza’s concluding thoughts: “What inspires us to continue to create this genre of sound is the broad spectrum of collaborators and audience members it continues to draw. We have been extremely privileged to work with artists of all cultural, social and political backgrounds, and our fans display even greater diversity and age differences. The people who have come together through Thievery Corporation are as much an accomplishment as the music we’ve produced to date and will continue to produce in the coming years.”

Special guest at the concert will be balkan-soul author Marko Luis, who will warm up the audience before the concert.

Tickets can be purchased at the price of 2000 RSD, through www.tickets.rs 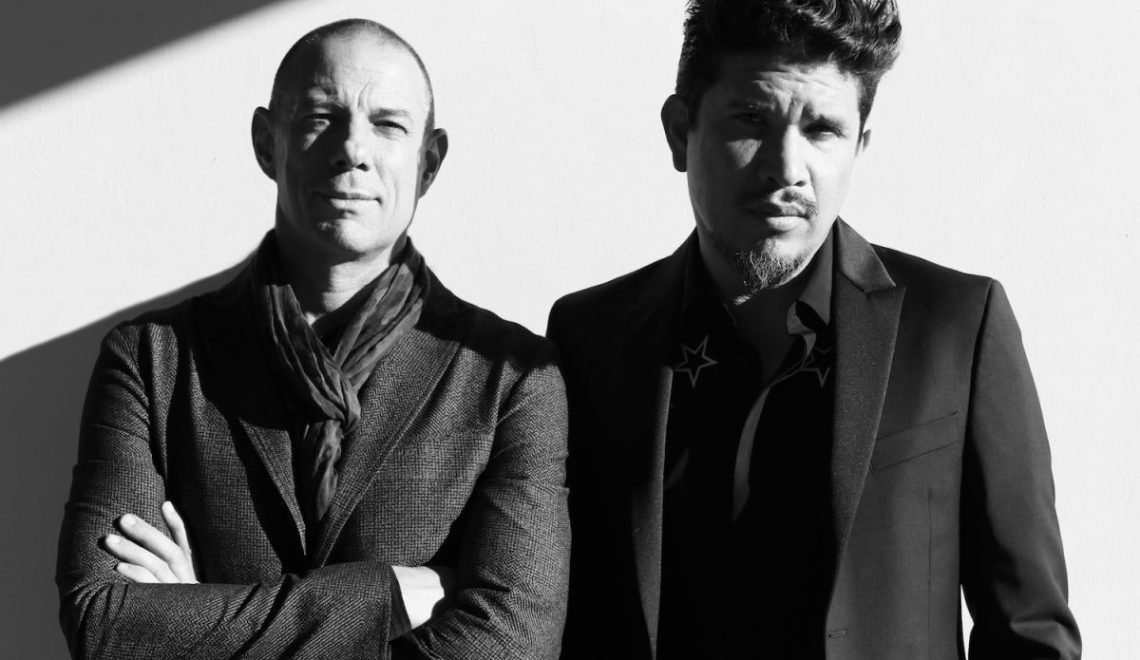