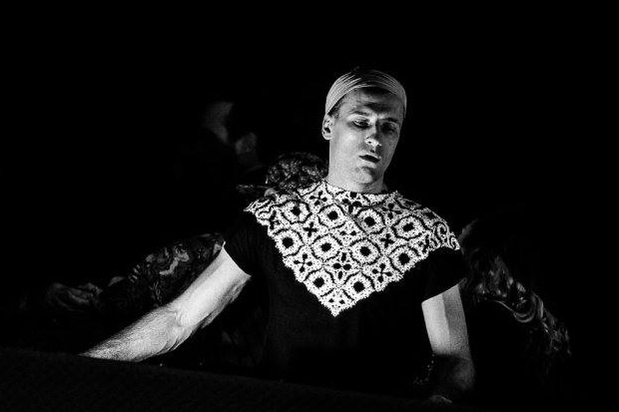 Vakula is a Ukrainian DJ & producer born in Konotop who became famous in Moscow for holding down a residency at Moscow’s Propaganda club. The success of Friday’s Voices party at Propaganda by the charismatic Nina Kraviz was in large part down to Vakula. In 2007. Vakula released Hohol on Uzuri and since has gone on to release music for underground labels such as Quintessential, Dekmantel, Burek, Meakusma and Firecracker. His music sits perfectly with the current early House revival, along with his Afro-American influence. But in truth it’s much closer to Ukrainian land and it’s culture.

Music which is simple and melodious as Taras Shevchenko poetry and fat as Ukrainian bacon. So even when his drum machine starts to beat in a Theo Parrish style, we still hear the story from far away America; when I was 131 shepherded outside the village…and that is what Konotop House is! His new album is coming next summer on Dutch label The Universe and few releases and remixes for Firecracker and Best Works are going to see the light of day. In between studio slots Vakula was busy touring, bringing his unique blend of house and techno to the best clubs in the world: Concrete in Paris, Berghain in Berlin, Trouw in Amsterdam, Fabric in London, Lux Fragil in Lisbon and finally Drugstore Belgrade!