Top 10 Attractions to See in Belgrade 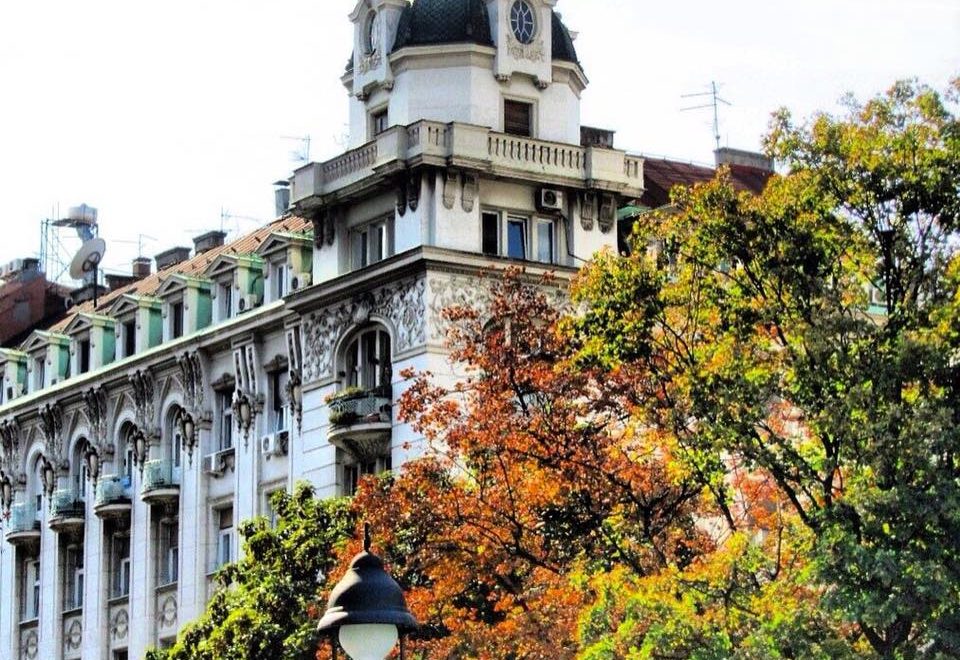 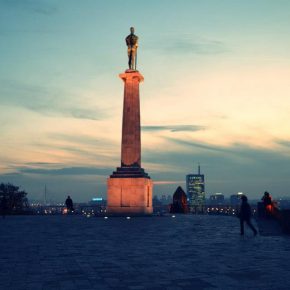 Belgrade sightseeing should start in the place where every story, tale or a myth about the city seems to have been conjured up. The Belgrade Fortress normally referred to as Kalemegdan is the largest attraction of the city free of charge with its gates open to public 24/ 7 all year round. It is situated in the heart of Belgrade and is adjacent to the city boroughs of Stari Grad, Dorcol and Savamala. 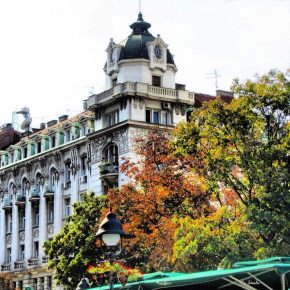 Knez Mihailova Street is the favorite district of most of the locals lying in between Terazije Square and the Kalemegdan Fortress. It is the main meeting point within easy reach from almost every part of the city. As the culture, architecture and history hub ,  Knez Mihailova has won the title of one of the most beautiful pedestrian streets in Eastern Europe. 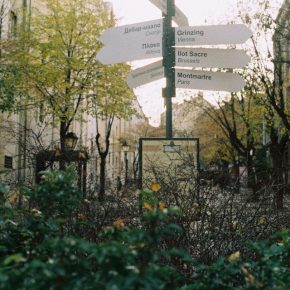 Skadarlija is a cobbled road which has lots of history paved deep in its pebbles beneath pedestrian’s feet, in an urban borough in the downtown area of Belgrade. It is considered the main bohemian borough  of Belgrade, and is often referred to as ‘the Montmartre of Belgrade’ since in the past it was a popular focal point of Serbian and Yugoslav artists, writers and poets.  Genuine traditional restaurants take pride in their guest lists of worldwide celebrities who have been their guests for decades now. 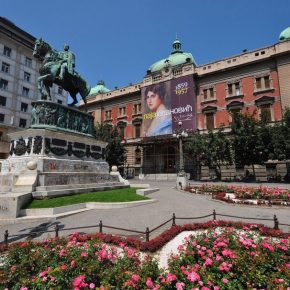 If your Belgrade friends ask you to meet them in the city centre, more precisely at “the Horse”, then what they mean by that is  just that – look for the Horse. But there is a surprise for you there, because there is no stable or stall in the city centre whatsoever. It is just the conspicuous  statue of Prince Mihajilo riding  on horseback. This square is officially called Republic Square and it represents the very heart of the city and also a historical spot where for example many protests and riots have happened among other things. 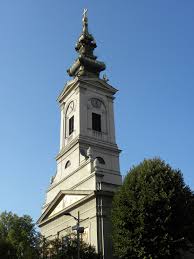 The Cathedral Church of the Holy Archangel Michael (Saborna Crkva) was built between 1837 and 1840 on the site of an older church from 1728 according to the plans of architect A.F. Kverfeld. In architectural terms it was built in the classical style with elements of the Baroque, as a single-nave structure with a tall steeple to the west. It is the most prominent church in Belgrade where Serbian ‘enlighteners’ (French Siècle De Lumières  German-  Aufklärung) Vuk Stefanovic Karadzic and Dositej Obradovic were buried in the yard lot) 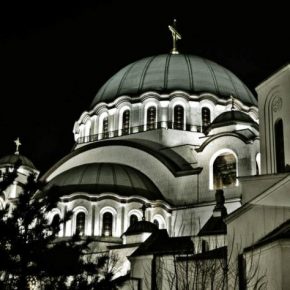 The Cathedral of Saint Sava

St. Sava Church is the largest Serbian Orthodox Church and the largest Orthodox place of worship in the Balkans. It was built on the very place  where Sinan-Pasha is thought to have burned  the remains of Rastko Nemanjic i.e. Saint Sava 1595 , founder of the Serbian Orthodox Church and the youngest son of the Serbian ruler Stefan Nemanja, a founder of Nemanjic dynasty.  Even today, the interior of the St. Sava church has remained  incomplete. 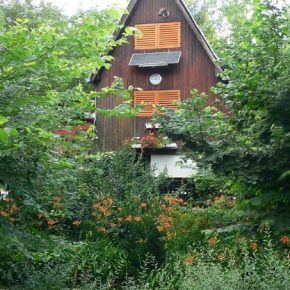 Ada Ciganlija the  island and the lake proudly bears the name of “Belgrade Sea”. Green, clean, sporty and laid-back, it has become the favorite place of Belgradians who seem to be flocking the place with the early  onset of spring. From the early mornings until late into the night, Ada Ciganlija seems to be teeming with life. 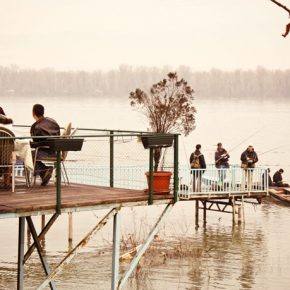 Zemunski Kej is located along the right bank of the Danube. The promenade itself begins below the Gardoš Hill, at the square of Veliki Trg and after 2, 5 kilometers it goes on into the municipality of Novi Beograd.  In the east it borders the boroughs of Donji Grad and Retenzija and in the south the neighborhood of Ušće in Novi Beograd. The place is becoming very popular both with the tourists and visitors of Belgrade.  In its close proximity there is  Lido, which  is home to many traditional and international restaurants and hidden bars and cafes. 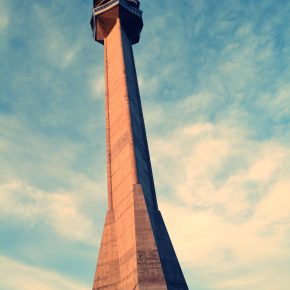 The Avala TV tower is a telecommunication and observation tower located at mount Avala in the southern suburbs of Belgrade.  Being 205 meters high , it is currently the tallest tower in Belgrade, Serbia and the Balkans. On a sunny day one can have a splendid  view 100 kilometers around with its breathtaking townscape onto  the surrounding hills, towns, roads and rivers, as well as to the Pannonian Plain in the north.  This is a perfect place if you feel like enjoying   the nature if you fancy having   dinner there. 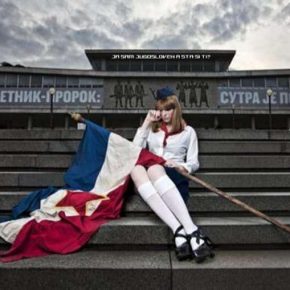 Besides President Tito’s  and Jovanka’s ( the then First lady)  graves, a ‘pilgrimage’ destination for all “Yugonostalgic” crowds who want to pay homage to the late President Tito, the Museum of Yugoslav History showcases Tito’s presents, personal belongings, as well as lots of  items from the Yugoslav era.  Definitely, it’s one of the most interesting and much sought after museums in the entire city featuring  also the stunning building from the  Yugoslav era.

If you would prefer to get to know Belgrade inner city areas better we suggest to check out those tours: 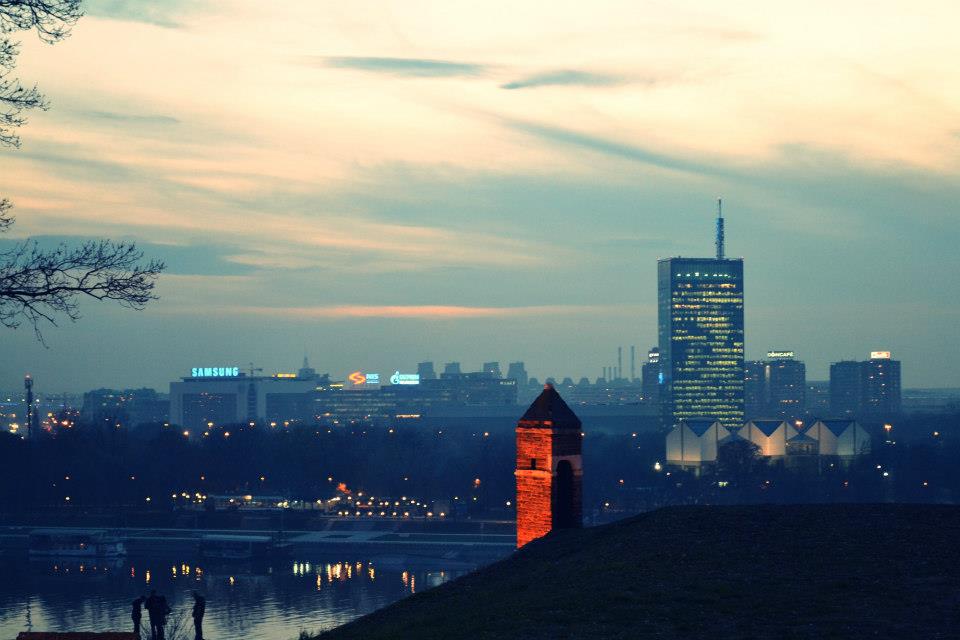