Top 3 Events to Attend this April 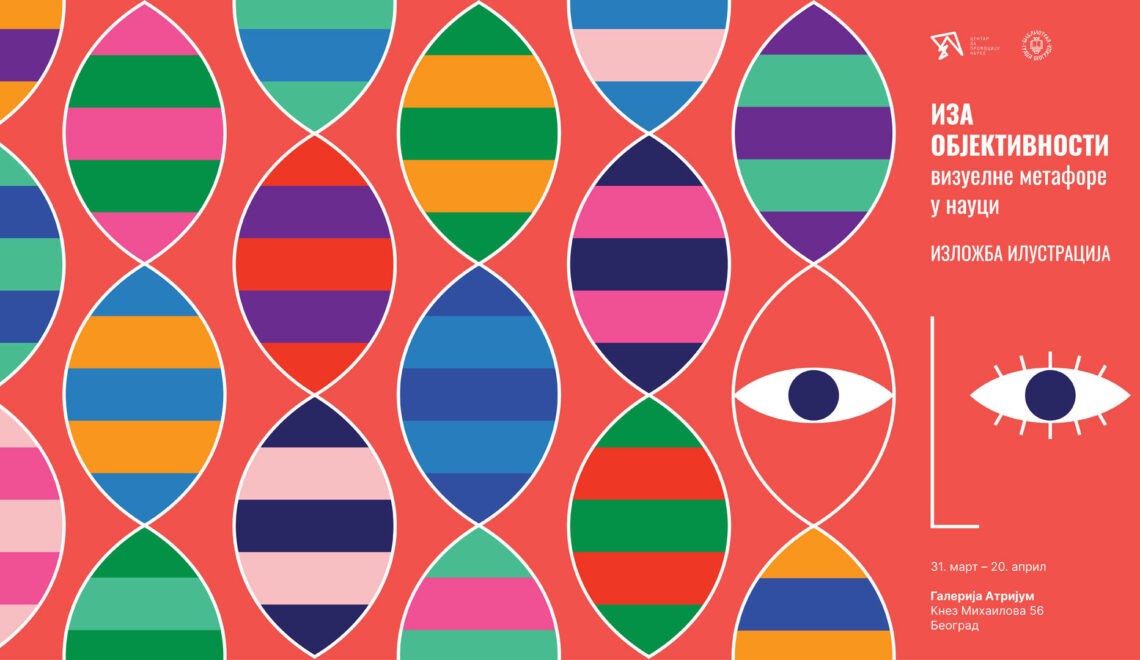 We are happy to announce three events that are taking place in Belgrade right now. Next to numerous quality cultural and artsy programmes we would like to highlight these three in particular. So, let’s kick-off:

SALON OF ARCHITECTURE @ THE MUSEUM OF APPLIED ARTS

The exhibition will be opened by the following:
Biljana Jotić, curator, acting director of the Museum of Applied Art
Dubravka Djukanović, Director of the Republic Institute for the Protection of Cultural Monuments of Serbia
Maja Lalić, architect and co-founder of the Society of Female Architects (ŽAD) and president at Mikser

Concept authors:
The Museum of Applied Art
The Society of Female Architects (ŽAD)
The PreSalona Project

Organizer:
The Museum of Applied Art

The 44th Architecture Salon will be held from March 30 to April 30, 2022, under the slogan Shift. It is dedicated to an active attitude toward the contemporary trends in architectural design and action in the context of the current social, economic and climatic challenges. In order to include different perspectives and broader reflections on the role and position of the profession today, the concept of the upcoming Salon was designed through the Museum of Applied Arts with the Society of Female Architects (ŽAD) and the PreSalona project, dedicated to networking and exchanging experiences within the teaching process of four departments of architecture and design. In addition to giving a comprehensive overview of the contemporary national production, the Salon will be a platform for an intensive exchange of thoughts, ideas, and practices around the central problem theme of the Shift.

The organizers of the Salon have made a specific type of adjustment or turnaround by introducing the categories of Protection of Architectural Heritage and Virtual Architecture, as alternate poles of the traditional and the modern, as well as changing the conditions of the competition, thereby encouraging experimental, research and student work. There are 10 competitions projects and 17 student papers not included in the competition for awards. Among the participants are authors from Serbia, Republika Srpska, Slovenia, Croatia, and Montenegro.

The jury, joined by a guest from London, architect Diana Dina, will award the Grand Prix of the Salon, the awards, recognitions, and commendations by category. At this year’s Salon, the Jelisaveta Načić award established by the Society of Women Architects will be presented for the first time at the ceremony (on April 14), and it will also be presented in the future.

As part of this year’s concept, ŽAD has designed a survey to which participants and other actors in the profession can respond anonymously and thus contribute to the exhibition and research. Together with the Salon participants, but also with the wider architectural community, answers to the following questions will be sought: what should the social role be, and what is the current one of the architectural and urban planning profession in Serbia; how do architects relate to the fact that long-term strategic thinking about building a society through the prism of common interest and well-being has lost its primacy in favor of market-oriented architecture; is the need for a turn towards the evaluation of professional contributions in the domains of sustainability, circularity, social inclusion and responsibility recognized or is the perception of the success of the profession based exclusively on the commercial value of the architectural product; how much does the profession believe in its emancipatory, educational and visionary role and the personal responsibility of the architect; how important is the consolidation of the profession and the establishment of a consensus on basic values: the issues of social, environmental and cultural sustainability, gender equality and social inclusion, the participation and transparency of the process, multidisciplinarity, openness and accessibility, health and well-being, and technological innovation in the services of humans.

The Museum has involved a large number of volunteers in the realization of this year’s event. In this way, we have provided an opportunity for young people to gain valuable experience that will help them in their future professional work.

The accompanying program of the Salon of Architecture always brings with it a number of interesting topics, events, guests, and exhibitions. An intensive accompanying program for the 44th Salon of Architecture has been designed. Panels, workshops, and lectures will be held on Tuesdays and Thursdays from 6 p.m. Expert guide tours through the exhibition will be held on Wednesdays at 6 p.m. and on Saturdays at 1 p.m.

The Center for the Promotion of Science, in cooperation with the Library of the City of Belgrade, is organizing an exhibition of scientific illustrations entitled “Behind Objectivity: Visual Metaphors in Science”.
Through the modern visual language of illustrations from the magazine Elements, whose authors are the most famous graphic artists from Serbia and the region, the audience will have the opportunity to get acquainted with many contemporary scientific topics, but also with unexpected connections between science, our everyday life, worldview, and society.

The party princess Aurora meets a refugee, Darian, who needs to marry a Finnish woman so that he and his daughter can stay in Finland. At first, she says no, but after meeting his daughter, she agrees to help him. A charming and witty romantic drama about finding your place under the sun.