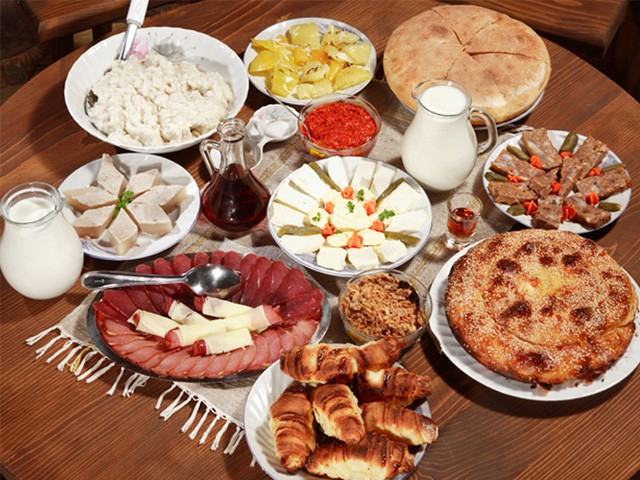 Serbian cuisine is a heterogeneous cuisine, sharing characteristics of the Balkans ( specially former Yugoslavia), the Mediterranean (Greek and Turkish, and Central European (Austrian and Hungarian) cuisines.

Serbian food is characterized not only of elements from Serbia, but of elements from the former-Yugoslavia. During the centuries under Ottoman rule, the Balkans were influenced by the rich oriental cuisine and some of the most traditional Serbian dishes have common roots with those of Greece and Turkey. Centuries of Austrian and Austro-Hungarian rule richly influenced Serbian cuisine, especially Serbian desserts.

Breakfast in Serbia is an early but hearty meal, although before breakfast most people usually take a cup of Turkish coffee, or maybe an espresso. With the breakfast itself either a tea, milk, milk coffee, or cocoa milk is served, pastries or bread are served with butter, jam, yogurt, sour cream and cheese, accompanied by bacon, sausages, salami, scrambled eggs and kajmak.

The main course is always a meat dish.

Grilled meats are the primary main course dishes offered in most restaurants. They are often eaten as fast food.

In Serbia, salads are typically eaten with the main course and not as an appetizer.

The simplest of salads are made of sliced lettuce, cabbage, sauerkraut, tomato, cucumber or carrot without any preparation or dressing at all. Oil, vinegar and salt could be added as a dressing, occasionally spiced with pepper or paprika. Beetroot or potato salads require cooking and oil, vinegar and salt.

More complex salads are prepared in a similar way, but by mixing several kinds of vegetables, together with white cheese, garlic and other spices. These include:

Finally, there are salads with complex preparation that could even be eaten as a part of the main course:

Of distilled beverages, the most popular are various fruit brandies called rakija. Comparatively many people brew their own rakija, which is highly prized by friends and relatives. Rakija is famous for being smooth but very alcoholic and it is said that one can’t get a hangover from it. Serbian rakija is a prized commodity and is very difficult to find elsewhere in the world. Various kinds of rakija are named after fruit they are made of.

Among the most known ones are: 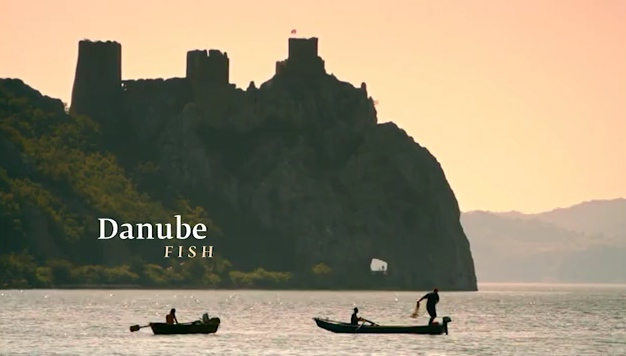 LIVING
The triumph of the film “SoulFood Serbia”