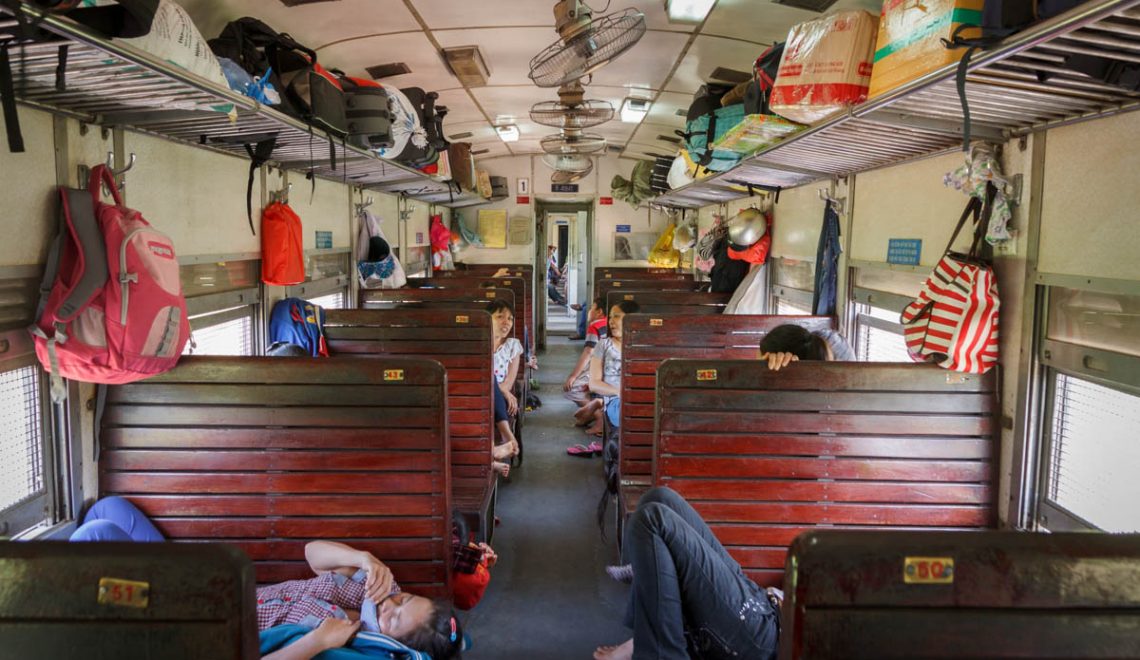 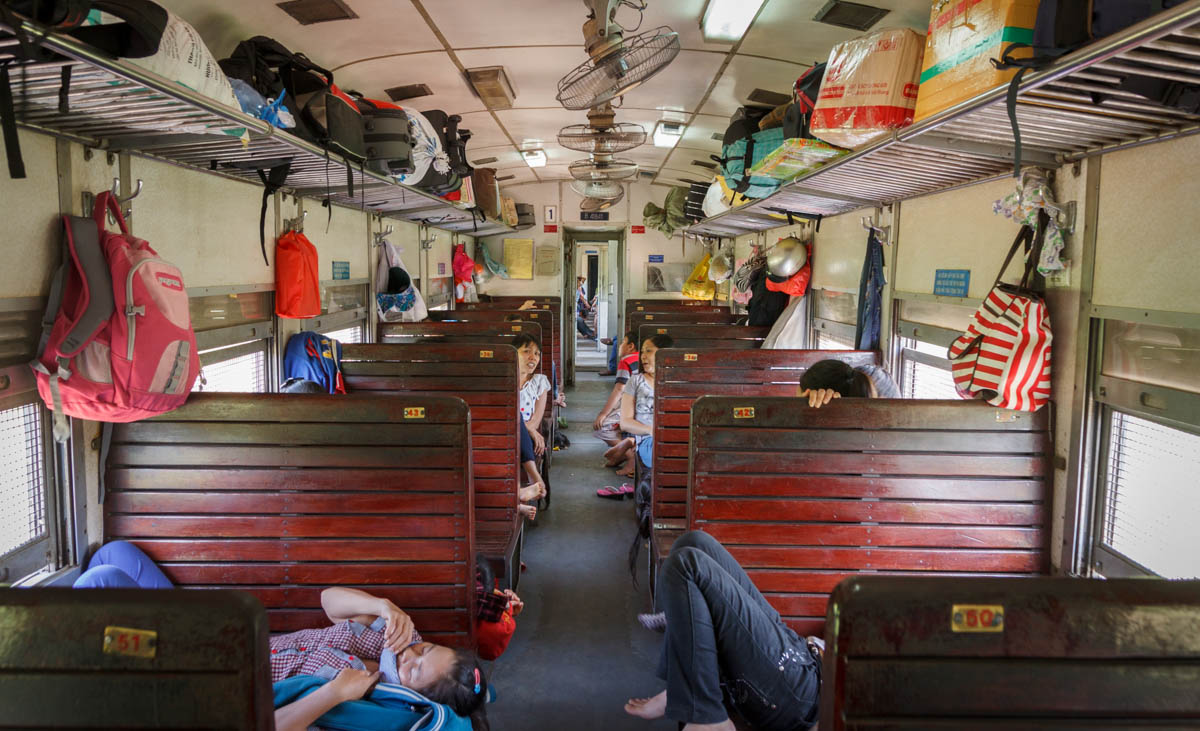 “The trains [in a country] contain the essential paraphernalia of the culture. The railway bazaar with its gadgets and passengers represented the society so completely that to board it was to be challenged by the national character. Anything is possible on a train: a great meal, a binge, a visit from card players, an intrigue, a good night’s sleep, and strangers’ monologues framed like Russian short stories.”  Paul Theroux, The Great Railway Bazaar.

Isma Montfort’s poetic, almost nostalgic, visual series is a rich journey along Vietnam’s “reunification express” (North-South Railway), a train that runs from the Hanoi in the north to Ho Chi Minh City in the south. Out of service for most of the 20th century due to war, the re-establishment of the rail link in 1975 symbolized unity between the Vietnamese people. We can notice on the photos that  this trip through Vietnam is far more than just an ordinary rail journey.

This iconic route has had a colorful past, with hundreds of its bridges and tunnels, as well as long stretches of track, having been destroyed during wartime. All of this has been painstakingly repaired and today it is possible to travel the length of the country aboard trains dubbed the Reunification Express. World War II, the First Indochina War and the Vietnam War all took their toll on the railway. 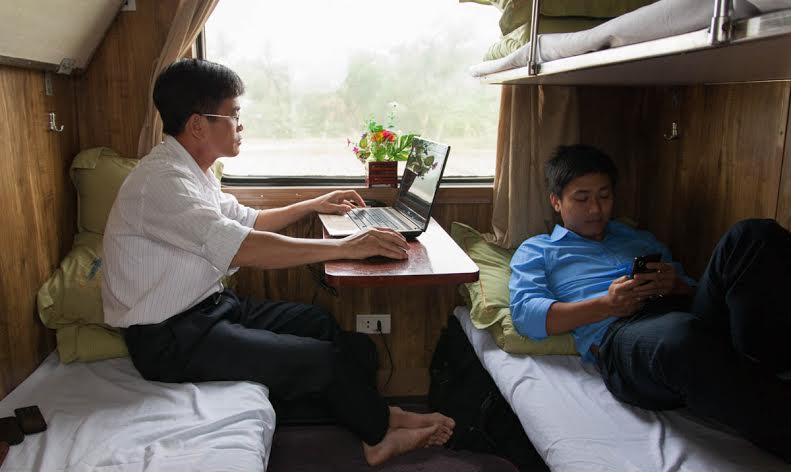 There is something romantic about travelling by train, it’s the best way to get to know the country in a short period of time. That goes for any country that has trains and it certainly goes for Vietnam. it gives  a great view of  landscape and it’s a perfect way to see how Vietnamese people travel and live, it gets you much closer to the people and their culture, it’s almost like small microcosm  of the certain culture, ordinary people day life and living. Like a life, everything moves, we are going further, to the next destination,  we can enjoy the view from the window, or go out of the train, but once the journey is started  we wouldn’t come back as the same person we use to be, because the every station of the railway journey changing us forever.

The ‘Vietnam’s Reunification Express’ it’s a one month project traveling only with by the particular Vietnam’s railway system. The line that connects the south with the north got the actual name when reopened and returned to service on December 1976, unifying Vietnam by train again. The many damages to the line made during the wars had to be repaired and many bridges reconstructed in order to make it possible.

There are many ways to go from Ho Chi Minh City, the main town at the south of Vietnam, to Hanoi, the capital of the country about 1700 kilometers to the north. But none of them offer the same historical connotations as the Reunification Line, completed by the French in 1936 and stopped when the country was divided in 1954 after the first Vietnam war.