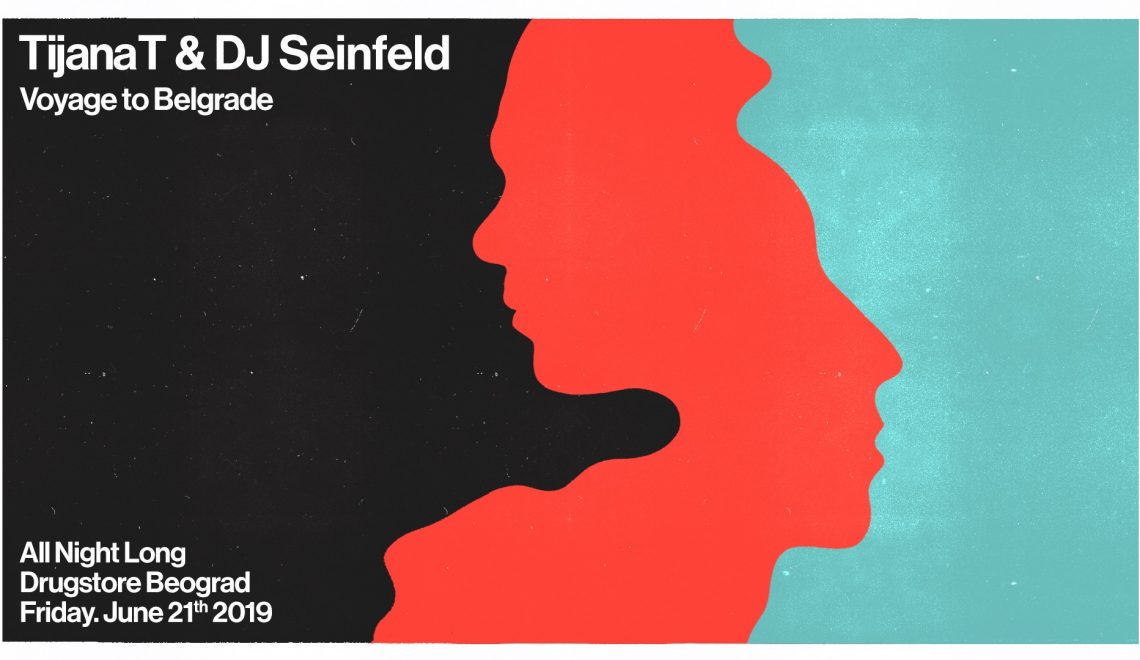 Swedish-born & Spanish-based Armand Jakobsson, DJ, producer and host of ’DJ Seinfeld presents…’ on Rinse FM, is Tijana T’s second guest in her fresh party series. Jakobsson, who started making music after this idea was incepted by a friend, stands behind two more monikers – Rimbaudian, and Birds of Sweden. The turning point for Armand was the day internet, or more precisely the winged attendees of soundcloud, heard ’U’ in which he sampled Bob Geldoff. DJ Seinfeld is working on his own take on magmatic leftfield house in which, although lo-fied for warmth, actually nothing is ’lo’. We’re speaking of a voice so special even a mutant label Lobster Fury, comprised of joint forces of Media Fury and Lobster Theremin, was founded to release DJ Seinfeld material.

In the meantime, Tijana finished her fourth performance for the cameras of Boiler Room in Shanghai and her brand new remix for Beroshima’s „Interplugreaction“ from 1996 is scheduled to be released this May on Dystopian. Her performance at Rainbow Disco Club was praised as one of the five key performances by Resident Advisor which stated that she lived up to her reputation and delievered a powerful techno set.

The link between our host and her guest comes from the Lobster Theremin label for which Tijana delievered a podcat. The highlight of Tijana’s appreciation of DJ Seinfeld’s work was the moment she dropped „Jerry“ at EXIT’s Dance Arena in 2017. Both have a RINSE FM residency and soon will share the stage at Drugstore’s Garden in the second episode of ’Voyage to Belgrade’. The plot thickens.