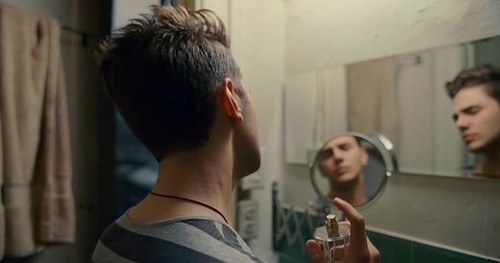 The queer film festival Merlinka starts tomorrow on the 9th of October in the cinema at Dom Omladine Beograd. Ticket costs 200 RSD, you can buy it before the each screening. We would recommend films directed by Xavier Dolan a young Canadian film maker :

Teenager Hubert haughtily regards his mother with contempt, and only sees her tacky sweaters and kitsch decorations. In addition to these irritating surface details, there is also his parent’s cherished mechanisms of manipulation and guilt. Confused by this love/hate relationship that obsesses him more and more each day, Hubert drifts through the mysteries of adolescence – artistic discoveries, illicit experiences, the opening-up to friendship, and ostracism. The turbulent relationship between mother and son unfolds with a compelling combination of savage fury and melting affection. The stunning, semi-autobiographical directing debut of 20-year-old actor Xavier Dolan.

The movie highlights ten years in the life of a literature teacher named Laurence who transforms himself into a woman after years of concealing his feelings. Her tremulous relationship with her family is further complicated by revealing herself to them while she struggles to find comfort with her significant other Frédérique. Though others may not initially accept or understand Laurence in her true form, those who knew her before her transformation still know her as Laurence, anyways.

The story of three close friends who are involved in a love-triangle.

Forty-six year old Diane Després – “Die” – has been widowed for three years. Considered white trash by many, Die does whatever she needs, including strutting her body in front of male employers who will look, to make an honest living. That bread-winning ability is affected when she makes the decision to remove her only offspring, fifteen year old Steve Després, from her previously imposed institutionalization, one step below juvenile detention. She institutionalized him shortly following her husband’s death due to Steve’s attention deficit hyperactivity disorder (ADHD) and his violent outbursts. He was just kicked out of the latest in a long line of facilities for setting fire to the cafeteria, in turn injuring another boy. She made this decision to deinstitutionalize him as she didn’t like the alternative, sending him into more restrictive juvenile detention from which he would probably never be rehabilitated. However, with this deinstitutionalization, she has to take care of him .