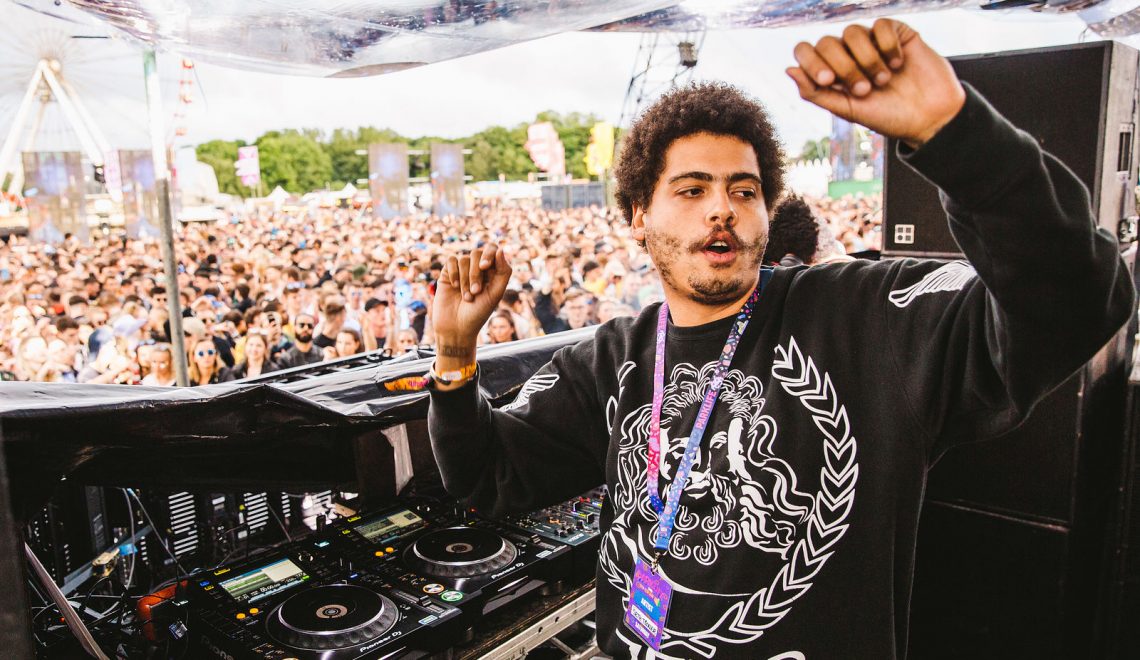 On Friday, 19th of April, KC Grad and 20/44 are celebrating 10th B day. On this occasion special guest stars are coming to Belgrade!

The Marvin & Guy project was born under the shadow of a palm tree while a flamingo listened to tropical music, way back in 2011. The duo’s first release was an EP with the Japanese label Let’s Get Lost, the naughty child in the expansive Mule Musiq label family.

In their spare time the boys have been honing their talents as remixers, with many labels singling them out for their signature swaggering sound. Meanwhile in the DJ booth the Marvin and Guy have been taking their talents global, their ability to spin through from disco to techno setting tongues to talking and hips to shaking. When you ask what kind of music they play the answer will always be “Groovy Techno”. These two K-fighters are totally on duty grinding.

After 2 years, Amsterdam and Rush Hour boss, Mr. Antal Heitlager will be back at the boat, but this time will be indoor. Last time, didn’t want stop playing. Intro by Vemic. Get your tickets on time!

Antal s a DJ and ‘musicologist’, there are few more serious than Antal. Trying to sum up the musical world of the Rush Hour founder with a few loose signifiers like house or techno would be futile.

Sure, everyone in the industry claims to have been music obsessives since youth, but few have taken it as far as this Dutchman. As a DJ who prefers proper tools like E&S or Rane rotary mixers and Dope Real isolators, since 1996 he has played all across Europe, Australia, Asia and both North and South America. Unlike many, though, he has a wealth and depth of music to call on that is so vast you never quite know what you are going to get: he is as comfortable spinning Chicago and Detroit influenced house as he is rare Afro funk, forgotten disco and everything in between.

Of course, Antal also runs the mighty Rush Hour Records in Amsterdam with a close group of hard working people. It’s a vast empire that encompasses a reliable distribution wing, sub label Kindred Spirits as well as a much-loved record store chock full of vinyl bought during on-going crate digging trips around the world. The label, meanwhile, releases house and techno from the vanguard at the same time as re-issuing long forgotten classics that serve to educate whole new generations about what has gone before. You could say Antal himself serves the same purpose when DJing.

Drugstore resident Elena Colombi for the third time, bringing Unsound’s Olivia from Kraków, Poland with her.

After her debut at Drugstore last October and residency kick-off with Interstellar Funk in January, Elena Colombi will give a shot at another debut – this idea of a b2b set with Olivia.

Unsound resident DJ and We are Radar club night co-founder, Olivia, has been shaping the Polish electronic music scene for 14 years. With the help of her brother Chrome and friends Chino and Steffen Bennemann, she is active as Chrono Bross and recently formed Morskie Oko. Her debut release SKAWA is now out via K-Hole Trax. We’ll be listening to Olivia’s raw mixed with Elena’s twisted all night long.

Apgrade with Seth Troxler at Drugstore

Apgrade party series continues with forward-thinking line up and production. This time, on April 20th, party will be held at the Drugstore club and it will feature Seth Troxler.

One of electronic music’s most instantly recognizable characters
Seth Troxler is as widely regarded for his encyclopedic knowledge of early Chicago house and minimal techno through to obscure indie-rock and ambient psychedelia, as he is as a cultural commentator, art curator, restaurateur and entrepreneur. Descended from a family of cowboys and Baptist preachers, he’s part African- American, part Egyptian, part Cherokee Indian but while his heritage is all- American his global outlook, and unique way of viewing the world through the prism of contemporary music culture, transcends his Mid-Western origins.

Born in Kalamazoo, Michigan, and raised in suburban Detroit, Seth learnt the art of DJing initially from his stepfather (then a college Radio DJ) and later working behind the counter in legendary Detroit record store ‘Melodies & Memories’. It wasn’t until he made the brave decision to seek new-beginnings in mid- 2000s Berlin that his DJ career really found its feet. Moving to Berlin fresh out of his teens, just as the minimal techno movement was kicking off, was the making of Seth and since then he hasn’t looked back.

Since moving from Detroit to Berlin, and more recently London then Ibiza, ten years ago, Seth has established himself as one of underground electronic music’s most iconic figures, equally at home playing to the smoke-filled dancefloors of some of the world’s most discerning nightclubs, such as fabric, Nortstern, De School or Output, as he is headlining the world’s largest festivals, like Glastonbury, Lowlands, Roskilde or Tomorrowlands. Right from the word go Seth has been as passionate about food and contemporary art as he is about music and these two interests have resonated at all points in parallel alongside his music career. A multi-faceted polymath: he has held residencies at talismanic music institutions such as DC10 (Ibiza), fabric (London) Trouw (Amsterdam), and Output (NYC), runs three record labels, owns a successful restaurant ‘Smokey Tails’ and is just about to unveil a new project that sits firmly at the intersection between futuristic electronica, contemporary art and technology. In 2013 he was voted number one DJ in the world in Resident Advisor’s prodigious ‘Top 100 DJs’ poll. In 2016 he was member of an expedition to the summit of Mt Kilimanjaro lead by renowned Australian neurosurgeon Charlie Teo that raised over $1million for brain cancer charities.

X Bday / disco NOT DISCO
Rabih Beaini [LB/DE]
Schwabe (DND/Tapan)
==============
Lebanese-born producer and DJ Rabih Beaini (formerly known as Morphosis) specializes in grainy, imaginative analogue techno. In the past year however, his Morphine label has telescoped in on key (often overlooked) voices in avant-garde electronic and outernational music.
Having cut his teeth as a DJ, a move to Italy in 1996 proved the catalyst to start experimenting in the studio. And he really did experiment – few people craft the sort of emotional, exploratory techno as Beaini has for labels like Sistrum Recordings (Detroit), M>O>S (Amsterdam), and Styrax (Berlin). His two most recent albums, Albidaya on Lebanese label Annihaya and Dismantle/Music For Vampyr on Honest Jon’s, follow his critically acclaimed 2011 debut LP, What Have We Learned, on Delsin.
Beaini’s genuine musical ability and a range of influences—from krautrock to new wave—seep into his inventive, dark, and emotional productions and immersive DJ sets. These influences also find their way into Beani’s productions with the Upperground Orchestra, a multi-headed improvisational ensemble that explores the terrain between electronica, techno, and improvisational jazz. While his productions join the dots between raw, elementary electronica, and jazz, his Morphine label has put forward an equally forward-thinking selection of techno from the likes of Madteo, Hieroglyphic Being, and Anthony “Shake” Shakir. In 2014, the label entered a new era with a retrospective trilogy of works by US-based improviser and Buchla synth master Charles Cohen. The collection was the most comprehensive ever to be released, and was followed by an album of new material from Cohen in 2015. Beaini served as a producer for this and subsequent LPs from pioneering American composer Pauline Oliveros, French mechanical-orchestra creator Pierre Bastien, and explosive Indonesian duo Senyawa. He has also helped to organize concerts and tours with Cohen and Senyawa throughout Europe and Japan.

If you are walking around Savamala area, don’t forget to check out tinny Taman club in Karadjordjeva street.