What the fuck are we doing here?

A theatre play which seems to have intrigued large audience at the August opening night will be showcased again on the repertoire  of the Mikser theatre. According to many it is controversial, but  a very brave and honest farcical cabaret, with the provocative title “What the fuck are we doing here?” will be played in Mikser House (Karadjordjeva St.) on  the 22nd and 23rd  of September in 9 pm.

The piece “What the fuck are we doing here”  is being played  in English language and deals with the phenomenon   of ,,the  brain drain “, starting with the statistics that almost 200 000 young people up to 30 years old in Serbia are unemployed and we are the first country in the region and the second worldwide in the number of young and educated people who are moving abroad for ever.

It is a farcical cabaret based on personal confessions of the team of authors who seem to be opening up  threads perspectives and expectations of young people in Serbia, such as immigration, xenophobia, identity and prejudice in Serbian society. The show is socially engaging, on the one hand it’s very witty and on the other hand deals with the phenomenon that is not only closely linked to Serbian society but for the European society  as well.

“Finally we have opened a huge social taboo topic of our generation – leaving the country we love. After the opening night, me and the rest of the team contacted a lot of people who shared their stories about leaving Serbia, they spoke to us about their misgivings and missed opportunities. We started a kind of cathartic debate, both for those who left and those who want to leave. We got even a few threats but it is nothing compared to all the good we seem to have made. On the other hand, there were a lot of foreigners who understood after the show what is actually happening among Serbian youth. It is my opinion that this play should be showcased not exclusively in Serbia, but in all former Yugoslav republics as well, because all the ex-Yugoslavian societies are facing the same problems”, stated the director Maja Maletkovic.

Tickets are available at Gigstrix box for 500 Dinars. The ticket price on the day of the show will be 700 dinars. 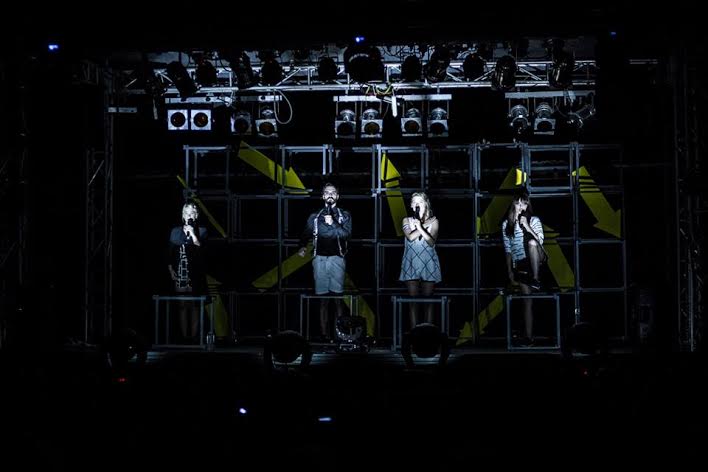 ART & DESIGN, INTERVIEWS
Interview with Maja Maletković: “We as a team wanted to tell our story masks off”